Which Hero should I buy?

Recently got back into the game after a few months break.
I’ve got 8000 glory but not quite sure who I should buy.
I enjoy playing heroes that do good burst damage, for example Idris and Reza and a fed Saw. I also like heroes that kite as well as do good damage (such as ringo)

- I was thinking of buying Kensei, but I realised he gets banned every ranked match. I’d still play him casual, if he is fun to play/has burst. Removed Kensei cause hes getting nerfed soon.

If i am being bias…
Lyra, Malene and Lorelai.
WP grace would be nice too…

Lyra and Fortress. They are both God tier
They both can play other than roamer. Lyra can also be the top laner and Fortress can also be top laner or jungler. Lyra is the best if you use it as roamer because her combination of A’s healing and Capacitor Plate is crazy and most of the time you can get an instant win if playing her. Fortress, I prefer him as a jungler. If you pick him as a jungler, as long as the enemy doesn’t choose hero that counter him, you get an instant win.

Nivmett said that Rona will be getting some love next patch so if u dont have her, make sure not to forget that

Where did he say this?

I already have her. She was my first hero I bought 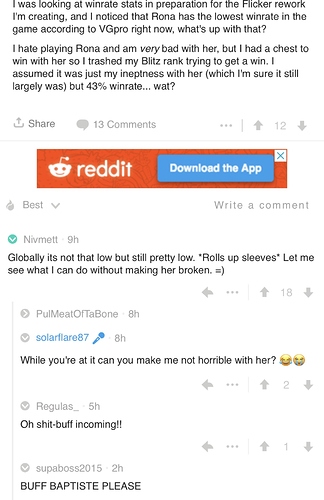 Also whats your build on WP Grace?
SM BP and def def? Not sure whether Rook’s Decree and Pulse item is good on her though

Lyra then… since she is easier to learn than malene.

As for grace, this my build TB, SB, SG, capacitor, boots, aegis

Go Lance. So satisfying to play and can flex so many different ways.

Lyra or lance, both can flex and are fun to play (esp lance)