What is the best Solo Idris build?

So I had 5 draft dodges in a row (not getting salty) and we ended up with double jungler a top laner and me as midlane Idris (was going to be top laner).

Our jungle duo rotated for bot lane Glaive and Krul vs Saw and someone else.

Our gwen was facing heavy competition too and Ardan babysat her (he did well).

This left me in midlane vs skaarf with ganks from kestrel and catherine all the time, the enemy team rotated a lot while pressing on our bot turret.

I was left to fend for myself and had a lot of poking and diving going on. I build like this: AC SF rb heavy prism aegis Eve MJ with JB somewhere in between.

Not a lot of raw CP but a great way of poking and sustained damage. I kept my infuses up a lot too.

There were many fights where I was 1v2 or even 1v3 and came out on top.

Cath snagged me a few times though. No escaping cath lmao.

What would the ideal build be when you have to 1v2 most of the times as Idris? 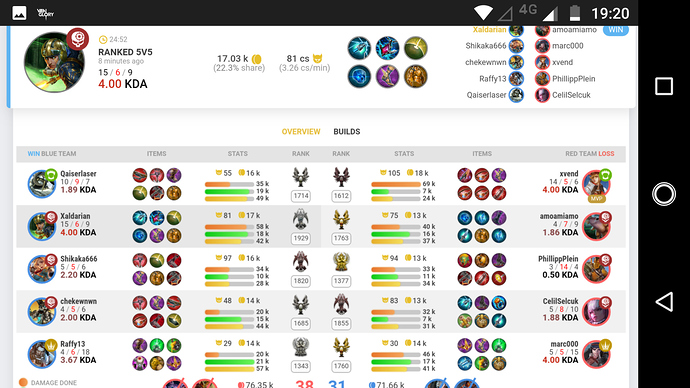 I probably should have build DE over SF?

while playing idris it is important to gain stacks from auto attacks. hence build a 1)DE 2)AC 3) SG or BM and fourth item should be eve or any defense.

Agree with this. I go DE AC BM, and usually both defense and boots. Honestly, CP Idris does enough damage with 3 items.

I was surprised at my damage output with the Items I had build. I am quite decent at using his kit but was in a weird spot vs enemy Skaarf.

CP Idris has so much range and his aoe capability in a teamfight is severely underestimated. B C A jumping off someone who is in the middle of a group can and will wreak havoc.

I like the DE first advise. You you say the same about Varya (off topic) DE before AC?

What was the thought process for Spf? Drop it and go DE or BM, although BM doesn’t look like it would help as much as DE in that match

Also, is no one else shook by the absence of SH with the amount of crit and TB?

I had a lot of poking and then running away to stay alive. The idea was to make my poke deal dot and diminish healing while I did heal and stayed alive long enough. Will get DE first next time.

On Varya, I am an AC before DE kind of player but that’s me

DE before AC reduces her 1v1 potential so it is better getting AC first mostly. 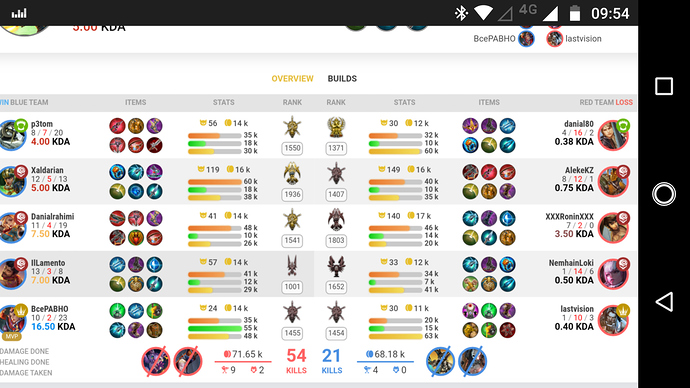 Enemy saw was a monster at pushing bot.
Got caught out a few times but DE first is certainly interesting.

Shoutout to enemy Ringo too he was truely a king of kiting I actually thought he’d be poa silver at the very least.