What to expect and when

In Stage 1 we will make all heroes and all skins (except LE versions) available for everyone. You should still be able to play most game modes in solo queue, but almost everything around them will not work correctly including: parties, social, chat, quests, progression, glory, ice, login-logout, market, event-based game modes etc. Everything except the play menu, really. You will press buttons that do nothing or, worse, produce unexpected results. Bear with us.

Stage 1b – A new, cleaned up community edition client update

Here we clean up much of what broke in stage 1. The functionality mostly does not come back, but the UI should be clean and the worst bugs from Stage 1 should be resolved.

Here you should, again, be able to form parties via a new party code system. Note, friend lists, chat etc will not come back. This version will now form the core of Vainglory Community Edition. We will build up from here.

Here we are looking to introduce a function where community members or organizations can choose to host their own Vainglory server through a partner organization – similar to other games with community hosted servers. If you are unhappy with the ping of the SEMC servers, you can host your own in the location you choose. This phase will finish with adding a “server browser” into the game so players should be able to choose which server they want to connect to. Over time these servers should be configurable with custom balancing parameters, bringing back the event game modes we lost in Stage 1 etc but that will come much later.

Here we gradually remove SEMC from the central server hosting role in favor of committing fully to community run servers and matchmakers. This will all depend on our experience in Stage 2 .

We know progress is important and our games’ history is meaningful. In Stage 4 we attempt to make it possible for you to re-import all your old trophies, progress, LE skins etc.

Stage 5+ – We are still figuring this out

We will see what the feedback looks like from the earlier phases and act accordingly. We continue to love Vainglory and would love to evolve it into an independent, community driven cross-platform ecosystem. What shape this will take will depend on what feedback you give us, and how phases 1-4 go. More later!

As I said at the time:

I’ve played a couple of matches this week out of nostalgia, and the game is still quite enjoyable after a fashion. (I played 3v3, because as most of you know, I can’t stand VG’s 5v5 modes.) Unfortunately, without any advancement system, without stats, without any social features like a friends list … there’s really no incentive to actually play regularly.

I hate that this is how this all has turned out. I don’t see SEMC returning to VG even if CB succeeds. I guess I’m glad that the game isn’t completely dead, though this weird, zombie-like state is sad to see. I don’t see any other mobile game ever capturing my imagination and passion like VG did back in its heyday.

I don’t see any other mobile game ever capturing my imagination and passion like VG did back in its heyday.

Same. For all SEMC’s missteps, VG really is a special creation, undeniably. It came out at just the right time for me and was a great backdrop for a lot of creative work and skills building that made the past six years a pretty interesting time in my life. I’m sure everyone in these forums can relate!

I still log on for a couple blitzes every few days or so. The mechanics still feel really good, and it’s a joy to just pilot the VG heroes for a little while, even in the weird state it sits in right now. @TheInterpreter - I ran into you again, hehe! (Playing under the name “25thAmendment” at the moment). We must have similar procrastination schedules lol

Funny how one of the game’s biggest flaws pre-CE is much more profound now in the current zombie state. Sucks to see, but if these forums are any indication, I don’t really see a good future the VG community at all. There will certainly always be some degree of interest in the game, but there’s really nothing at all about the game to talk about imo with CE updates being paused for the indefinite future…

One thing that I can thank VG for is for giving me buddies from 2016 that I still talk to till this day. Nowadays we just discord call and play together on games like Black Desert Online Mobile or Kart Dash.

lol I never know when I’m going to run into you @HipsterSkaarf !

I still play a lot. Mobas are currently my favorite type of game besides MMORPGS, and I don’t see that changing any time soon. Hope we’ve been having good games.

I mean without VG I would have likely never gotten into other MOBAs at all or met some of the people I know today. It’s really sad to see VG go out this way, but the times where the game was doing well were some of the most fun times I’ve had playing or following any single game. I am kinda following Smite esports rn, but it just foes not feel anything like VG’s esports scene. The smaller community likely played a big role in that.

And again! Maybe one of these times we’ll be on the same team?

lmao I was wondering. indeed, maybe next time. GG, again!

So stage 1c is never happening?

More like indefinitely on hold. Sometime after CB release is when they’ll start up the VG CE transition but I wouldn’t hold my breath.

By that point everyone would have forgotten vg even exists.

I don’t know what to say to that. Personally I kinda lost all attachments to the game besides memories and Lyra/BF.

Same… have memories of one of my best gaming moments and that was 3vs3 peak/before they broke it with 5vs5 preparation changes. Had so much fun…

Right now I am waiting for WR and playing primary on my PC.

I also agree they will most likely never come back to VG. Even if CB is a success (from what I saw, I kinda doubt that too - but hope I am wrong here) by the time that happens and they have time to spare (and that will be down the road as they will focus on improving CB after release, obviously) - VG will have almost no players and everyone will move on, be it WR or something else. Not to mention that I still think the current player base numbers and WR alpha played some part in their decision in combination with the obvious ones stated by them officially.

Lyra would be beat your peach emoji if you ever forget about her! She need her minions to carry her

Idk but I remember the card art of Rona beating BFs 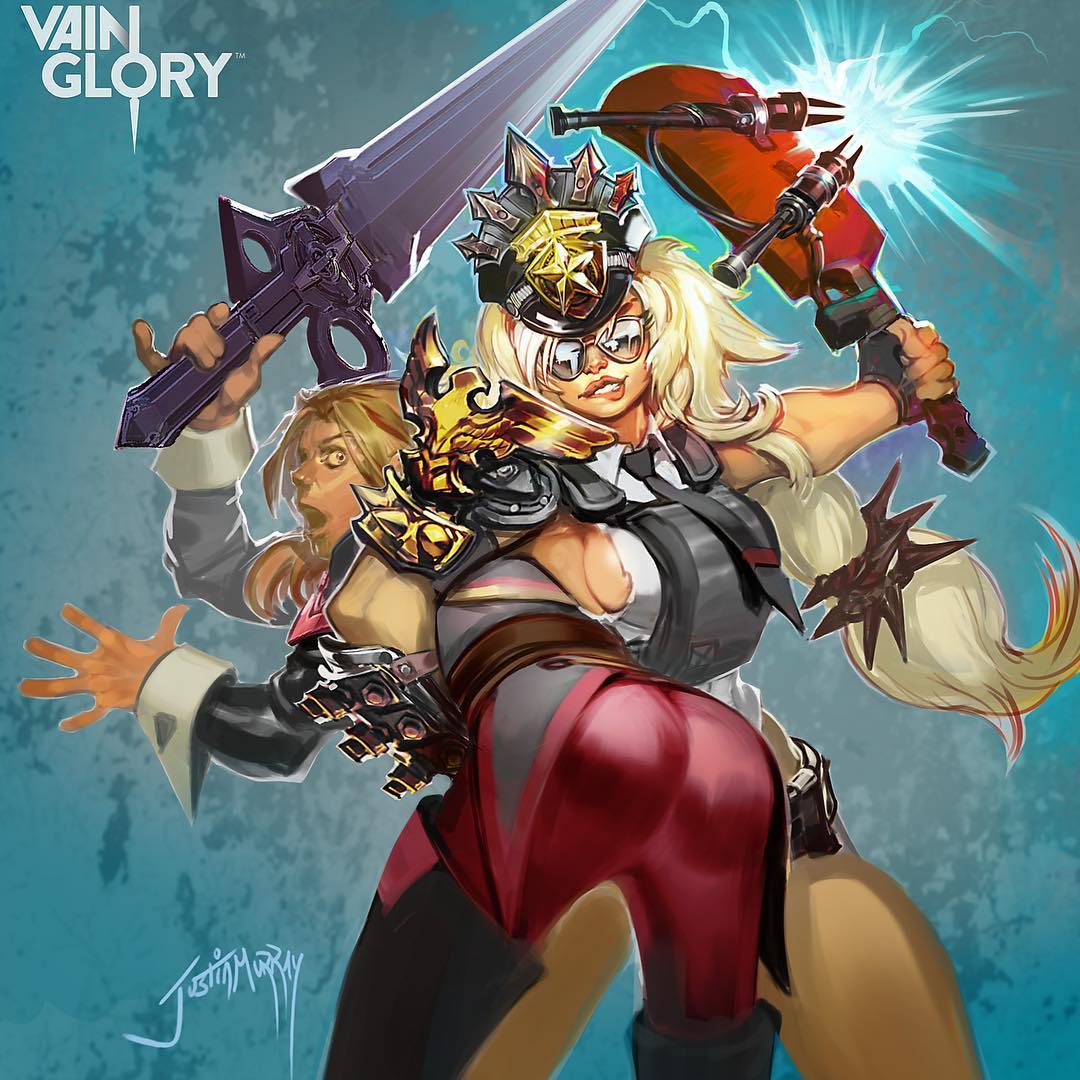 It’s also here in this thread (along with some of the other card art that – alas! – we’ll likely never see again):

Those of use who have been around a while will remember the old system for crafting skins: you collected common, rare, epic, and legendary cards until you had the ones necessary to craft the skin you wanted. Those cards featured art which is now gone from the game entirely. Although SEMC stated in the past that they intended to bring the art back in some form, it hasn’t happened after more than a year. Therefore, I thought we could try to assemble an archive of the art here on the forums. That’s…

Damn! BF’s is so around and juicy! I don’t blame Rona gurl!