VSkin has been around for a few years and had been a very welcomed addition to the game. Other than being entirely cosmetic, skins (a year) later could also contribute to players end-of-season “Loot” yield.

So what makes skin in VG special? And what’s the difference. 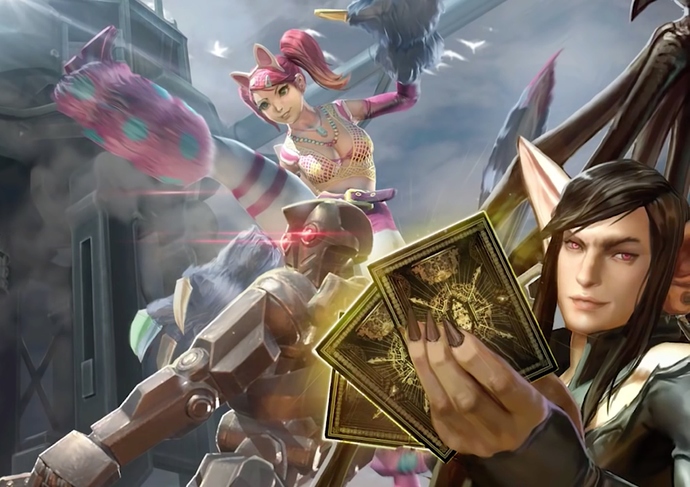 Rare, Epic, Legendary and SE Skins used to be unlocked by Cards. Cards either drop randomly in Spoil of Wars or Card Chests (purchasable by Glory and ICE) or cards can be formed from Essense- remains gained form destroyed card ( 1/4 the amount of essense can be regain when cards are destroyed). SE Skins can also be crafted from Opals, which only drops randomly from Chests (Daily, Bronze, Silver, Gold , Rare or Epic Chest,…). LE Skins are more unique, as they could only be purchased by ICE and usually costs around 2000 ICE, and they are only on sale for 1-2 months.

Nowadays, Cards are replaced by Blue Print and can be crafted with a lot of Essense. SE Skins are still purchable by Opals. No more “traditional” *LE Skin we’re introduced in 2018 yet, therefore changes are unclear.

While some skin line get their design sculpted by the Lore and the development made by the hero in their Lore (which can be repetitive); most newer skin lines are less lineage and instead is based off of a Theme, World Events or even in-game references (usually Items).

Skins can multiply the Sunlight gained from matches. And they do so with different rate, which could be quite unfair:
Rare Skin = 33%
Epic Skin = 66%
Legendary Skin = 100%
SE and LE= 133%

(Remember: Sun out, guns out)

The Skin System in Vainglory has gone through a lot of changes, but with MOBAS, skins will always be apart of the reward system and will always be more than just cosmetic. So get dem skins, henny.

To read other boring “VG Explained”, click the links below:

Have a nice day!

Trivia:
In late 2016, there were fan art and Quizzes made as contest for VG players, and the winners of those event could get EVERY single skin available at the time (Bone Cruncher Tier III was just released). The contest was hosted Region by Region.

Not a single SE skin gives 133% sunlight. The amount of sunlight SE skins give range from 33% to 100% depending on the quality.

Epic skins now always have effects, some even have new sounds!