This guide will teach you how to play Captain

I’ve played Captain a couple of times and its not that hard to play. You only need to build correctly to support your team.

What do you do as a support?
Essentially, always protect your carry. The person who is carrying the team, you should protect. There is no point of protecting other teammates because they are going to be worthless without the carry. Also when the Jungler don’t need any leashes, its better to back off and not leash them because they need it for more XP and gold to have a greater potential to carry the team. It is also crucial to ward the jungle camps for your Jungler - just in case the enemy Jungler try to steal the camps. Playing support always have to focus the damage dealing enemy carry. If you don’t stun, silence ,or slow the enemy carry, your whole team will die within seconds. To prevent such damage, always try to keep the enemy carry distracted.

What do you build as a Captain?
It depends on the team composition on your side of the team and on the enemy side. For an example, if you see a Saw, Krul or someone that depends on high attack speed, you will always rush Altas Pauldron to hinder the enemy carry to get fed. So it really depends on the situation. Here a quick guide on what to build as a support.

Enemy with ability spam (Mid Priority) - Baron, Kestrel, ETC
Nullwave Gauntlet and Clockwork - If you have CC (AKA: Crowd Control).

These are the things that makes a captain a good player. Captains play an important role of helping carries sustain in fights. For me, Captain is the 2nd most important role in the game. Junglers basically controls the whole game , but without captains they can turn useless in seconds.

5 v 5 Captain Early Phase
Always ward Jungle camps for your Jungler and never help the Jungler leash because of XP purposes. The contracts I mention above are only good in 3 v 3. In the early phase, always go to the lane where your teammate is against 2 enemy heroes. This will slow down the process of losing lane. The job of the Captain is to mainly help the Jungler get fed by giving the Jungler more time to do camps. When the time comes, the Jungler will carry the game. Only do this if the Jungler is good. If the jungle camps get invaded, try using your movement abilities to get there as fast as possible and prevent the enemy team from stealing the jungle camps.

3 v 3 Captain Early Phase
This is where contracts become more useful because there are less players in this mode. By building contracts, your allies can easily snowball. At the start of the game, always buy a contract and always try to fight the enemy jungle camps with 3 people. If you win the fight, this gives a huge disadvantage for the enemy Jungler because he will have to go to lane to slip some XP to level up. It will also give them a huge gold disadvantage. Its essentially 3 heroes on the same lane trying to get xp and gold. As for the Captain, don’t stop invading enemy jungle camps with your Jungler. This will eventually starve the enemy off.

Thanks for reading
If you have any questions hit me up (Add me)!
IGN: Smexyboi

If ur so good at carries maybe try laning instead.

Lol. I just go churnwalker and “carry my team” per say with the recommended build lmao

I’ve seen nothing but unjustified boasts coming from your end…

Your title alone suggests you are going to teach us noobs how to play. While pretty much everyone here has seniority over you in play hours and overall experience.

If you want to contribute do so by being very specific on a single hero with builds and pictures and how your playstyle affects that hero.

You can also share your experiences with certain Heroes.

definitely not the humble type.

Why play Captain when u can be a Utility Top hero. Wait…

I was going to give a salty response but ill hold it in. Hopefully a blood vessel doesnt pop and kill me. 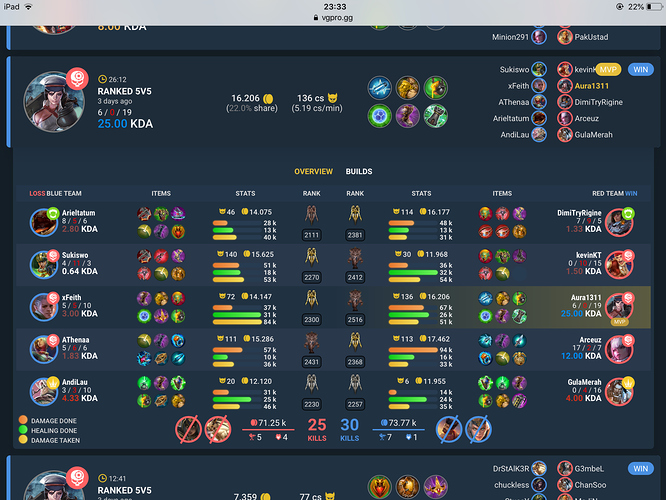 Ohh u build more health, ah i havent played any type of utility hero so i i went for more damage. Thanks for saving me a post about utility builds <3

ps. i also found that i played against u before UwU

I’m in SEA sever tho…

Have you seen my top lane cath guide?

I think he was just trying to help

The only problem I have with this post is…”playing roam isn’t that hard”…other than that! Well done!

Right? Half the time you end up babysitting 4 squishies, “not that hard” when everyone is singing at you “I need help” every 5 seconds

You can tell it’s school holidays, kids got nothing better to do than troll in game and troll the forums afterwards. He can’t even spell leaches for Christ sake.

He’s playing tier 7, bragging about all glass cannon builds which are lol bad at tiers 8 and up, then goes on to make this worthless captain post (look him up, two captain builds which were both troll).

Suggest you ignore him else he’ll just come back with more drivel, or feed him for the laughs.