The Worst Loss In Blitz I've Ever Experienced 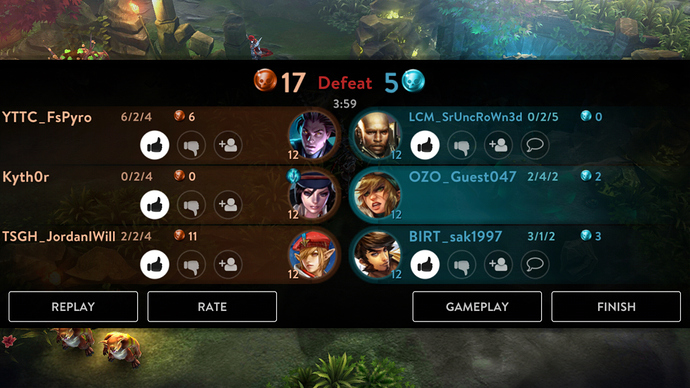 Now this, this is bullshit

Soz for ur loss, no reunds

Contacts smec and call for a refund

You’re raging over a 5 minute game…

Doesn’t change the fact that the match was broken from the start.

Blitz is still ranked tho and bugs are still bugs. Imagine you kill a turret in 3v3 and instead of the enemy turret, your turret dies.

Yeah except 3v3 is a 20 minute game in which i invest my everything and blitz is a B L I T Z. I don’t aknowledge blitz as a
" ranked " mode, because it’s downright broken with talents and there is little skill involved.

But the fact that a bug is a bug doesn’t change and yes that sucks.

BUT then again, spewing hot magma out of your mouth over a 5 minute game is ridiculous.

Edit: Literally whenever she was doing anything she did the emote, even when running away from a Krul which has shiversteel, bitch was crazy