The state of the matchmaker vol. 1000

Well, just wanted to share the game I had just now… the wait was not that long btw, like 4m so it’s not the relaxed not waiting thing and if it’s for their side - still not fair to waste both teams time.

I am t7@5v5 curently and this is soloq game. Nice, now the game is matching PRO teams vs random soloq t6-t7? This in ranked mode where one should care about fair match. Well, if many of the other things won’t make players quit, this will. 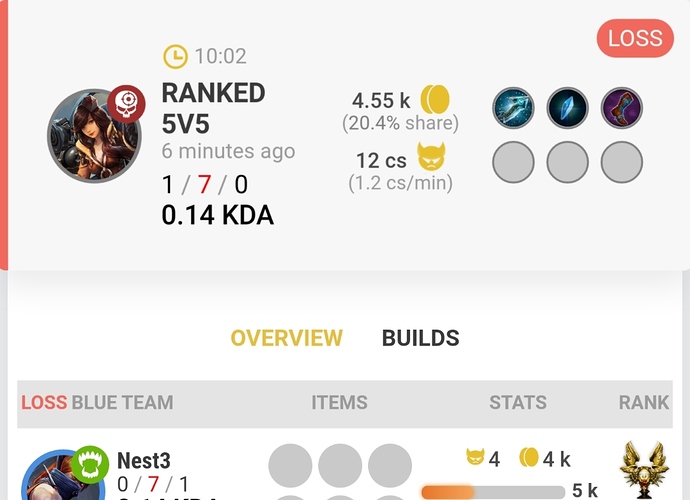 No name hiding as there is no shame here, just abysmal matchmaker.

P.S. I am posting this, but I have like half of my games in such ridiculous unbalance state (either my team or enemy team). Had a lot of those t9 gold - t10 gold teams vs t5-t7 soloq also.

So a pro can’t be bad at 5v5? Is that what you are insisting?

Not sure I understand you? Those are clearly not on the same level as me and my t4-t7 team + playing as a full party vs soloq. I am talking about the matchmaker.

As for if you say there is a chance l3on, agony, etc to be bad at 5vs5 - lol? Those are not boosted noobs, but real pro players so pls spare me the bullsh*t argument about diff in skill compared to 3vs3. Give me a real example of a pro player that is super weak in 5vs5(and played atleast 20 games), but was top in 3vs3? You can’t as one need 50 games to transition his skill.

also they clearly used voice comms according to their coordination.

I played against a few pro players a while back (my MMR must have been good back then) and whilst I held my own I was clearly out of my league. These guys just so damn aggressive all the time, it’s relentless and a little stressful

Ps / at least you got a kill

Haha yeah, tho I was totally unmotivated when I saw the nicknames + constant gang in top. I guess that’s one of the reasons for enemy X instead of names as it was at 5vs5 start - to not dodge in draft.

Have you ever played any other moba? 3v3 is not like any conventional 5v5 moba, while your mechanical skills are there your tatical skills for it aren’t

Give real examples of pros that are top in 3vs3, still play and are of t6 skill in 5vs5.

Also yes, I played and it has nothing to do about matching pro team vs t4-t7 soloq noobs.

Edit: also tactical skills was on spot for them, clearly going for objectives and at sync. I can argue that any pro player knows the importance of objectives and will transition easily to the new,ones in 5vs5.

If you want real discussion and not just to troll - name vg pro that still plays and is weak in 5vs5 while was a beast in 3vs3.

Do you even know the pro scene as those are not just high tier players. For me a pro is in a team competing at stage, not t10 silver player.

I don’t follow teams at all but I do know the transition from one mode to another is more like playing a different genre of game. I am not trolling but stating that pro players don’t mean they made the transition smoothly and could be a lower tier.

Ok then. I understand your point, but to answer you - those are not in lower tiers and all well known pro players from tournament games (that transitioned great in 5vs5).

Why is this in saltmine?

It shows the genuine issues to the extreme.

OP is not salty at all, he just demonstrates a very clear issue.

I agree, this should be moved so if anyone from semc
does visit the forum they might read it.
Not only these guys are all pros, they are this seasons team Qlash

I see no salt