The Skaarf icon is gone now 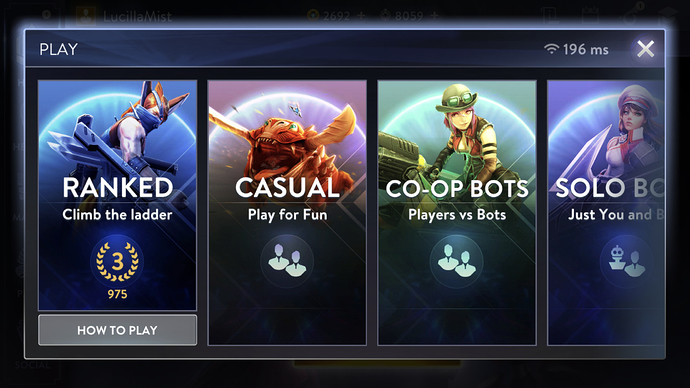 It used to be on the game mode “casual” but it is now replaced with Grumpjaw. I hope they find a way to reuse it. A lot of the things that got removed like the icons and card art can be used for profile picture customization, which is just a yellow person in the corner right now.

And it would have been more fitting to put robot heroes for the bots game modes.

i hope they change the helmet to skaarf on the beroes icon.

I think they should make some new art/assets to go with their new UI. Nothing wrong with their art but they’re reusing the same stuff over and over for quite some time now.

Totally doesn’t fit VG’s theme of Dead serious Steampunk-Fantasy. Only decent thing is the smoke coming up in the middle.

First time i entered VG i felt blown away and confused at the same time. Because the game was not trying to simplify things for you and look cheap like every other game. No… it was something huge, magnificent, grand. Complexity was its charm, it was enticing you to explore it. That intensely darkish theme together with the epic soundtrack and artwork never seen anywhere else before screamed the word SERIOUS . That’s when i realized this game wasn’t a joke. It was out of this world.

Am I missing something, lore wise? I’ve never once gotten this impression from VG, at least visually.

Lore wise the halycon fold has one side be “technology” and one side be “magic” as you can see with the different decorations on each side. I forget the details but contact Skieblu here or on SEMF, he can tell you (probably)