just look at this video and you will understand

If you have already seen the video and not understood yet, then let me break it down for you. They have all the c9 players who are unified champions and tribe players who are currently world champions. Now, do you think anyone can defeat this team?

It’s an All-Star team. Zio is arguably the worlds best laner. Putting him Bot against most teams 3rd best player is going to be a mismatch. It also allows him to run ADCs which seems to match him. Gabvizzle is the ideal Top laner with his roam background. He will be able to run some semi-carry heroes. Oldskool using mages Mid is ideal. Max and I❤️Joe are also probably in the top 2 in NA if not the world for their positions.

Its going to be a great team. They certainly have the mechanics. Their movements and rotations and synergy aren’t there yet and at the moment I would still say TSM is the top NA team - with Tribe somewhere in the pack of 3 teams (Nova, Misfits and Tribe) slightly behind them.

What will be very interesting and I suspect will make or break them is whether Gabe or Dnzio does the majority of the shot calling.

I’m also curious to see whether they have Gabe flex around a lot in positions - I know I’ve seen him as a pretty strong player in other roles before, especially jungle.

Do you think a specific one of them should do the majority of shotcalling? I honestly haven’t been keeping up with much of anything on VG (even here ;-; ) as much as I used to, so I don’t really know. I’ve seen a few videos from DNZio on youtube and they seem reasonably logical, but you probably know way more than that XD

I know DNZio was inconsistent before, probably due to a confluence of occasional tilt and youtful mental immaturity, my impression is that Gabe is a bit calmer and definitely older, so off of personality I would assume its the later. Idk though shrugs

Overall shotcalling - yes one person should orchestrate that I think. Play by play shot calling (ie who we are going to target now, or should we take this engage or not) I think can be done by many people but the overall plan needs a single planner I think.

I would’ve thought Maxgreen would call the shots ? Being the Roam ?

This was traditionally the case in 3v3 because the roamer had most of the initiation (and other) tools, and they also had to be the most on top of map awareness.

Iirc the C9 Roster is DNZio, Gabevizzle, IloveJoseph, OldSkool, and MaxGreen. ttigers is a sub - a role I would have been much more used to seeing him in after Liberation X disbanded than in the recent past. For reasons I am about to clobber everyone with, I feel that Gabe will actually be the shotcaller.

In this reddit post, some of Tribe indicate that DNZio is probably the main shot caller. They would know better than we would, though it would probably be a disadvantage for them to reveal who is the shotcaller in competition (so they don’t hard confirm anything). 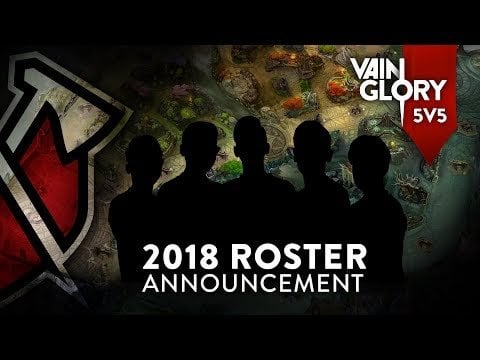 r/vainglorygame - We are Tribe Vainglory | Ask Us Anything!

Of course, I’m hoping to see team @idmonfish face off vs them. SEA is not particularly renowned for their mechanics compared to EA and even NA AFAIK so I’d really want to see how their macro game plays out (and how much their mechanics improve). Or maybe I just want to see Idmonfish on stage again :stareyes:

i too would like to see Team Renegades Vs Tribe, as i mentioned in this other post -

Cloud9 has been disbanded

i want to see Tribe vs Renegades. Make it happen. @idmonfish

Honestly I want to see it as well.

This weekend will be interesting as we have a show match series against Ace Gaming.

Day and time? This is a must watch!!

SEMC should advertise this match.

All matches will be Bo2 - Double Ban Draft

Matches will be broadcasted on twitch.tv/tesseractesports

Thats in Singapore time - so two days away from now.