Anka offense stat is maxed like saw so she gotta be hella bursty right? On other hand I like taka even tho I don’t have either of his cool skins (School Days and Night shadow) His B is awesome to disappear his damage as cp is extremely lackluster too me tho

Can I make him Viable and deadly or should I play anka?

Anka is better at closing the kill quickly by the end of the game, and getting away, but you have to be skilled with her.

Taka is good by mid-game depending on how you build him, but he’s not as good at closing the kill meaning the enemy usually has to be weakened first for him to get a kill easily. He is better, however, at sustaining himself during teamfights, and getting surprise kills.

The basic difference is that if you’d rather play safe or aren’t as skilled, play Taka for the healing and stealth he has. If you’re willing to risk more and are good with your timing and positioning, play Anka for the sheer killing power she has on enemies, as well as her evasion abilities.

Taka it is then cause safe and deadly is nice

To be clear, Anka is actually safer, but her safety requires a certain level of skill. Her teleports with both A and C make her safer, but use them wrong and you’re probably going to take damage without getting a kill and be too injured to try again. Taka on the other hand can heal himself, and keep coming back for more, however his A and C both stick to the enemy, making every attack a risk.

It’s more about how experienced you are as a player.

Definitely do NOT get Taka. He’s so weak. CP is just useless. And Tank meta doesn’t let WP shine. And I am saying that with Taka being one of my favorite heroes.

Don’t you think playing Taka is like a right of passage? No matter how weak, strong, out of meta… or in the meta… he should be learnt and played, just because he’s so FUN to use.

That reason alone should be enough to use him.

That depends on people. If you ask me personally you should learn literally all heroes. That’s not always realistic though. Some don’t care enough, others don’t have time to learn them. There’s people who care only about meta and others who care only about fun heroes. But if you don’t have all heroes you’d usually want to learn and buy heroes that are viable. That’s what i meant.

lol well there’s not much semc can do to make Taka stronger because by endgame both cp and wp taka can be really strong per hit depending on how you build, cp being able to chunk enemy health and heal almost all his own back every other second, and wp being able to chunk even more health away.

He’s a bursty hero no matter what, so anything they do to make him stronger is going to inherently buff his allies in a way. It’s why Varya’s A has to suck until mid-late, because if they made it or her stronger, a cheese strat would be to teamfight and let your varya hit one or twice then use another hero to mop up, every time. Same would probably happen with a stronger Taka, not to mention he has the heals, stealth, and mortal wound to boot.

Anka is so much more fun to play imo. I don’t own her so I don’t get to play outside BR, but every time has been a blast, win or lose. Stat-wise I have no idea who’s better but Taka requires way too much skill

Anka has alot more escape options despite not having a stealth ability.

Alot of Anka players seem to forget that when you’re in the jungle, you can A an jungle minion and teleport out or even a lane minion if your by the healer. Dont forget about her Ulti to jump through walls and its low cooldown.

One scout cam and Taka’s stealth is ruined.

What do you mean? Both WP and CP Taka suck late game but currently they suck at any other stage too. Wp Taka has good mid but that’s it.

Just make sure you’re ahead and Taka works, Taka can work but you need to get ahead of everyone else to become any good. Also if you want a CP Assassin than there are much better choices , in my opinion Taka works best as a WP power Assassin who gets a few hits in targeting carries and while still being able to tank some damage and than gets out of a fight.

Anka is the queen of Burst…
Her Ult is a safety skill and she has a teleport that works on any creature. 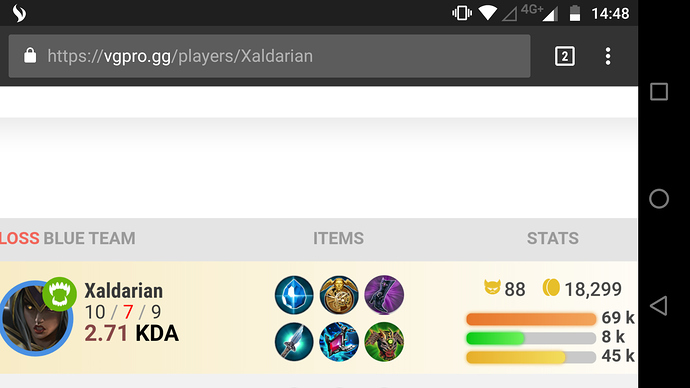 This was my last game as Anka where I had the highest damage. I 1v3ed got three kills and stepped out alive. AAB auto attack is super strong…

Didn’t read the notes, did she get a buff this patch? Indirect or direct? She feels stronger.

Her weak early game was buffed for a small lategame nerf. It allows her to farm better and snowball harder.

anka is better in almost every way possible.

Anka has an incredible escape, consistent, powerful damage, and fantastic clear. She is not bound to certain items (such as AS) for damage, and can weave in and out of battle far better than taka thanks to her exceptional range .

Execute strike allows her to take down tankier opponents just as easy as squishy ones, an ability taka lacks,

She does have low health, and requires a fair amount of skill to use properly.

I realize the Taka you are asking about is CP, but I would take a WP Taka over Anka every day of the week.

I consistently step into 1v3s in rank and come out with an Ace or double kill. Anka has a higher ceiling in terms of damage but Taka is simply more reliable. That could simply speak to my skill with him or my lack of hitting Anka’s skill ceiling

lol Taka doesn’t suck late game. I won’t get into a debate about it.