Hey guys, I haven’t been as active lately mainly because I don’t have as much free time as I did before. However, I’ll try to stay active for this thread and try to talk more often on the other posts on this forum. But anyways, let’s get to the bugs.

Relative to last patch, they have done quite a wonderful job at cleaning up a lot of the bugs that were present. I have yet to find a new gameplay changing bug in this patch, which is great news. The bugs I have found are as follows:

-Tapping on the amount of glory you have takes you to the right section of the market for purchasing glory, but it does not scroll all the way down to it.

-Tapping on how much ICE you have takes you to the market now, I am not sure if this is intentional.

-Koshka does not say anything in the tutorials now. I think this was intentional to cut some time out of it, but now some of Catherine’s voicelines are out of context. On the topic of the tutorial, it no longer punishes you for tapping on a minion multiple times when teaching you how to attack.

-Tapping on the Academy or news icons makes them go black for a brief moment. This is also true for when you tap on your profile. 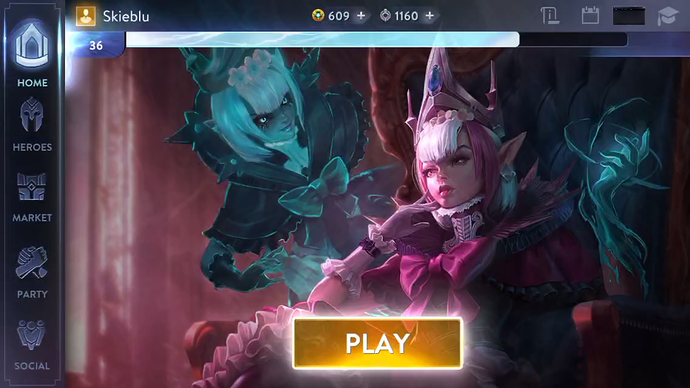 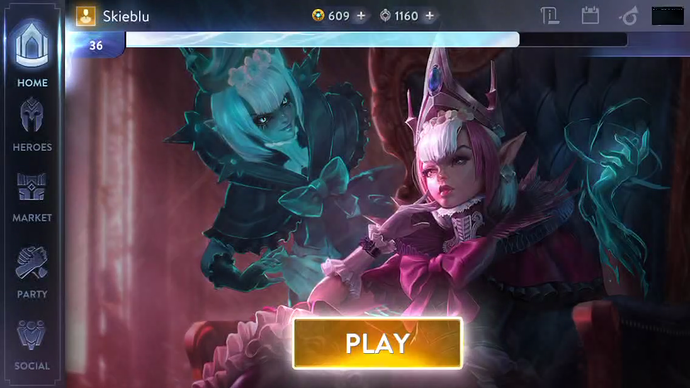 -Kestrel’s glimmershots now have a second sound that they might play instead of the original one, I’m not sure if this was intentional.

-Churnwalker’s hero spotlight is missing in his overview tab, but it is still present in the academy. 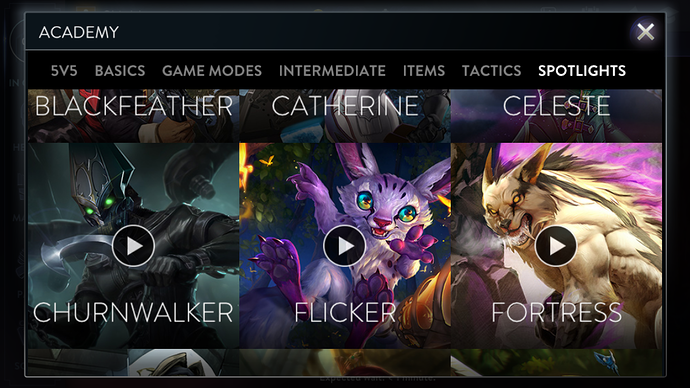 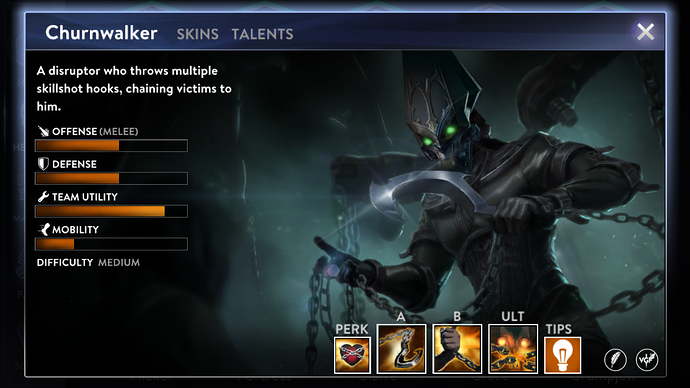 -The passes and bonuses you receive no longer display how much time you have remaining as a time dial, and they stay glowed up whether you have it or not. 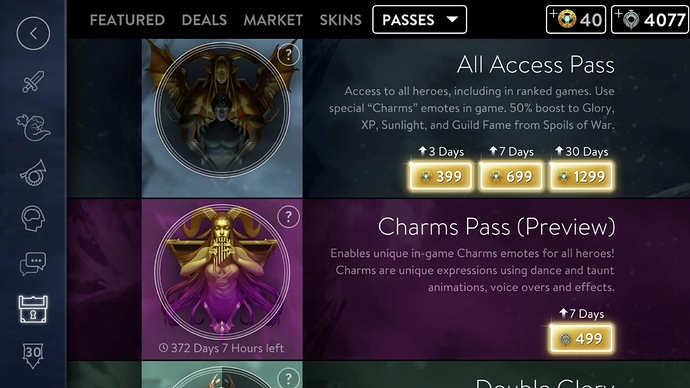 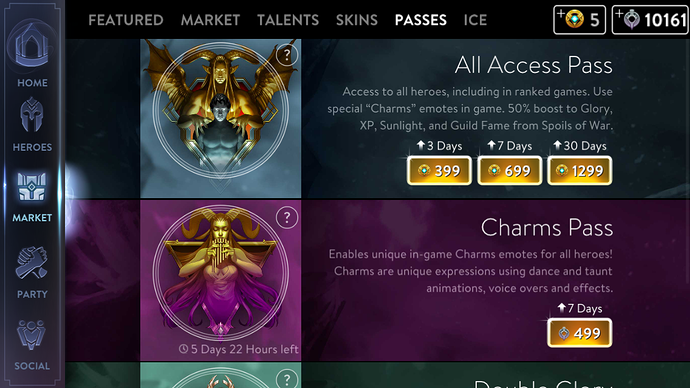 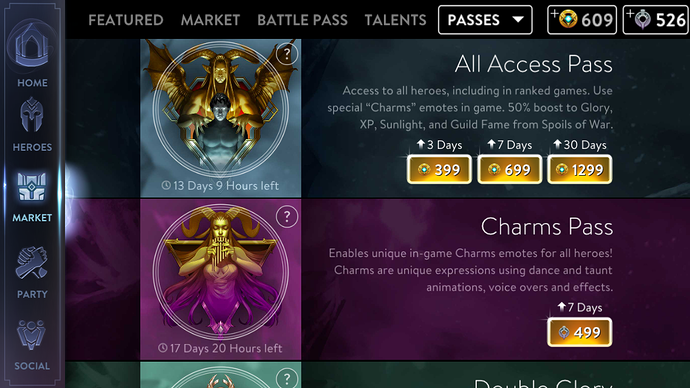 -When you have 9+ talents to check in on and get it down to 1-9, the number becomes off center 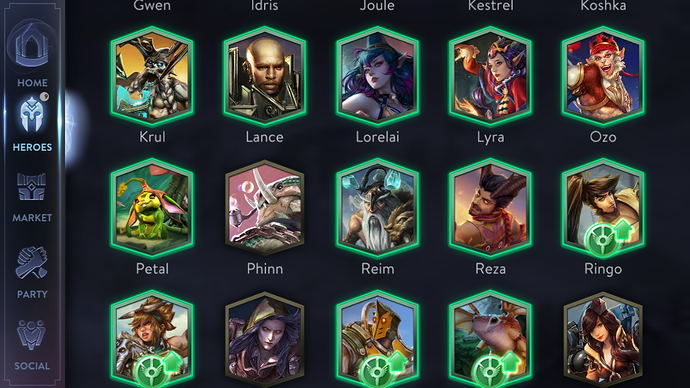 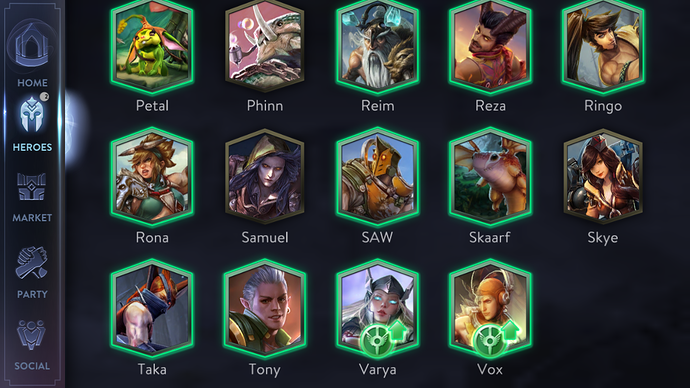 -When a replay reaches the end, you are unable to click the replay button again because it is missing. 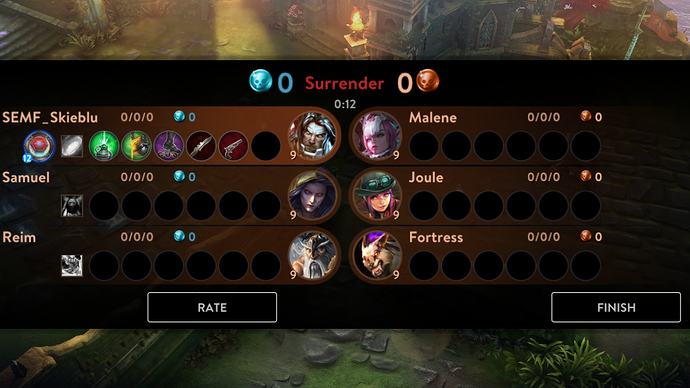 -The glory icon is a bit too low that it gets partially covered by the purchase button. 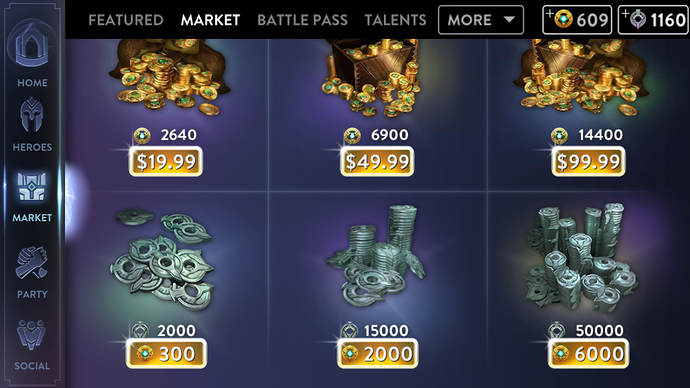 -The matchmaking screen will sometimes say 5v5 casual instead of ranked when you tap on the party tab while waiting in the queue.

-Your tier is off center in in the versus screen. 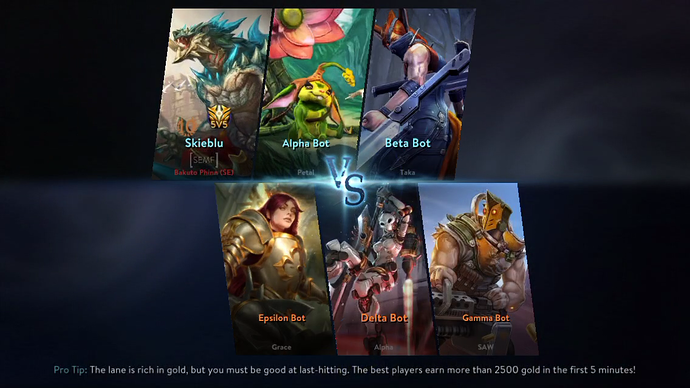 -The two lines that trace around the player selecting a hero in 5v5 draft is rather buggy. It can jump backwards and skip things. It mainly has issues on the corners.

-Friend requests and the guild chat speech bubble icon are off center, I will provide a picture soon.

-When you sign out of your account, you can access the left side bar for brief moment, meaning you can access stuff you aren’t supposed to until you finish the tutorial, I have yet to see what this can do in the long run.

-Items will be suggested to you immediately when the map loads up and right before you choose a suggested build path. 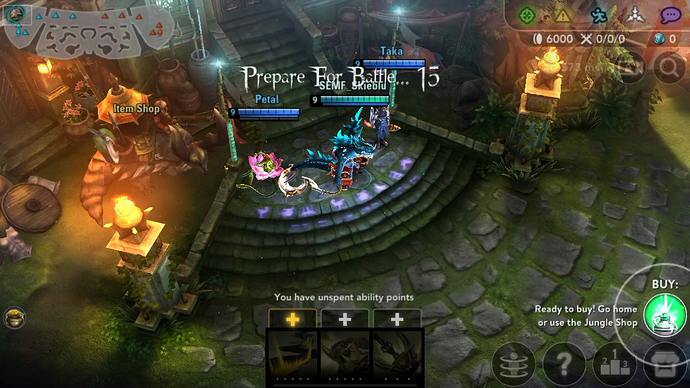 Some older bugs:
-Battle royale’s matches still start prematurely, I am not sure if this is intentional.
-The expected wait timer does not display properly and just mimics the timer of how long you have been waiting.
-Declaring your role in blitz does not show up on your icon
-You do not receive the minion’s foot passive when you purchase it while dead

Now there might appear to be a ton of bugs, but most of them are small visual bugs. If you have any other bugs to report, please post them here and I’ll take a look at them!

Not sure if this is true, but in reddit I read a post where if you queue up for 3v3 (ranked or casual I forgot) and then tap the guilds tab, then go back, your queue switches to 5v5.

A developer addressed this and said it was probably only visual, and that they would fix it soon. Not sure if they did yet. Or if it’s true at all

This bug has pissed me off for months. (Gwen main, so I run into it A LOT.)

I see what you did there “A” Lot

I see what you did there “A” Lot

SAWs A animation has been completely removed and replaced with him just running. If you stand still heb pulls out his knife again. Only tested this in his base skin.

About Kestrel Glimmershots sounds, it’s intentional for not making it repetitive enough to reach the point where it’s becomes annoying.

I still get notifications from “friends” in my list. Even when i turned chat off and notifications off.
The message goes “XXXXXX player name: wanna rank?”… of course I immediately dismiss it and check my settings again for the ___ time.

I can’t reply. I can’t even see what they typed in-game. Why am I getting notifications in my pop up bar?

Yet another simple U.I. bug SEMC can’t get right.

372 days of the charms pass. uuhhhhhh well. at least you dont have to worry about not having to pay for the pass for the next YEAR. lmao.

opening chests resets your queue
grumpjaw sometimes just doesnt eat someone, even when the sfx before the swallowing is heard, he just stands there a bit and after the animation time, grumpjaw and the “eaten” hero can now move normally. i dont knoe hoe to recreate it, i thought maybe getting cced stops it but this also happened when no cc was applied to me.

it does. happened to me as well. I was unlucky to click the chest at the very same moment the accept popped up… leading to “you did not click accept and have been removed from the queue”

Happened to me, but I’m not familiar with Grumpjaw, so i thought it was me doing something wrong.

Gwen basic attacks sometimes don’t make noise or an animation, but enemy takes damage. Been an issue since last patch

received “a player you reported has been banned” even when i din’t downvote anyone for a long time… been upvoting everyone in fact…I’m beginning to think they just hand out these notices just to please players.

It could be from one of your ages ago downvotes

it’s a possibility. can’t tell for sure. all i know it’s not very consistent… got me thinking it’s bugged.