this hero is new = instaban.

i hope he isnt that strong in blitz, cause if he is there is no way i play much this update.

His passive never has full damage only charges quicker. The 11 range on his B and 7.5s lasting time on A are both the overdrives, they’re not always there and no one knows which overdrives will be useful yet. I’m not saying he isn’t OP because his basic stats are really good but you just saying random numbers like they mean anything.

Read his ult, it increases the damage of his passive by 40% when overdrive —> 60 + 40 = 100.
Lol, they aren’t random numbers, his A means you have 0.5s to reach him without having a tripwire stopping you… if he doesn’t buy cooldown. Those 11 range means rip any stealth hero, and the damage of his passive means he will probably out damage every sniper in the game while also having a lot of range.

Yeah but the 100% on passive, the 11 range, and the trap duration are all overdrives. You don’t get them all at the beginning of the match, and you can only choose two. You don’t know if he is gonna be weaker early game and such. I’m just saying wait a bit to make assumptions. I’d say he is gonna be OP too but I’m not gonna get a head of myself yet.

You know what? We can definitely just remove that silence from Silvernail right now. Fucking get rid of that disgusting annoying shit, so tired of CC.

i have to agree. stopping any dashes and slowing is more than enough. make it also count as a wall for lances b, so he gets a synergy buff with silvernail.

I have to agree as well. The silence is really rather long, also.

His A just do so many things… I hate CC, and I think his silence is there just because devs wanted to put something else, not because it’s needed 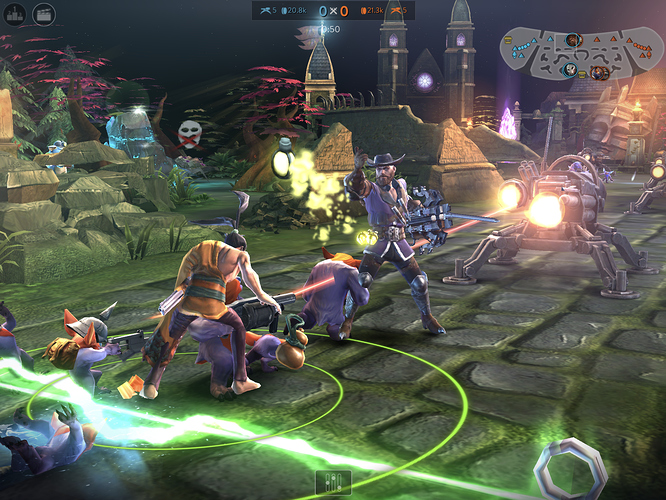 No escape for you, Ringo …

Question. How long does his trip wire last when not connected. Can anyone who isnt poor respond ;-;

The spike, I assume you mean? It lasts quite a while – I’ve played two matches with him, and they seem to hang around a very long time.

It’s actually not very difficult to set two trip wires at once.

Don’t care who wants to try the new hero…not letting this boy through draft until winrates convince me otherwise.

Oh okay. Do they become invisible once acrivated? Or can the enemy break them

All time, you can put 3 without connecting them, and they will last forever until you conect any of them. When you put the forth, the first just disappear, so you can only have 3 at the same time

Wow. Interesting indeed, thanks for the insight glaive

they overloaded his kit to a point, i have to say they wanted to release a really strong hero for that 14 days ice period.
he has the damage you would expect from a carry, but he also brings the cc of a roamer with him. even if you have to place some wires beforehand to really make use of them.

i cant imagine how fights with him will be after some players learned how to use him.
you essentially need sth like flicker or lyra ult to get to him.

so far i can say that landing his b is easy and his a is absurd on the small 3v3 map, where you basically always got some stackes set up for a wire.

Mages and Baron outrange him, so I supposed they will be effective against him (due to his poor motility I’m not expecting him to be good into mages), also Anka and WP Idris with their blink are not affected by his A.

lmao silence. The bad part is if you f up you have…AA. And a nail to your face to get you silenced again even if you try to cast an escape, not to mention, hey somebody casting an ability with cast time in my range and I have a tripwire set up? boop, here’s the other end of the wire, no spell for you.

All in all though, I don’t think it’s going to be that much worse than any hero who can stun, except when you get ping ponged by say a glaive or something. He’s defensive in his range, you kind of have to walk into it. So he’s like WP saw to a degree: stay out of his immediate range and bait his abilities so you don’t get screwed. Though the cooldown on his tripwires kinda screws you anyway…sigh.

@VaKTaBi hit it on the head. If you’ve got long range he’s toast as his response is limited to B and C, neither of which help him close the gap to AA, with his C extending it. Divers? Get wrecked, lol.