I’m not a very demanding person, or at least I think so. I generally have a set of loose expectations, but that’s about it.

When I buy a bar of chocolate from a store, I expect for it not to be melted.
When I join a football league, I expect to be able to play football.
When I play a game with my buddies on discord, I expect to have a good time.

Unfortunately, I haven’t been having a good time. Ever since the beginning of your game, let’s be honest, your servers haven’t exactly been the best. You’ve claimed to improve them, but I’m going to be completely straight up with you here.

What you have done is fixed part of a region. From what I’ve heard since your SEA server improvements, I heard that almost everyone is happy. Aussies with less than 100 ping! What sort of sorcery is this? But not me.
Not me or any of my friends in my local area. I myself was looking forward to the server improvements for ages, but I just sat there and grinned. Surely, there would be server improvements in the future!

I don’t know the last time I’ve had under 200 ping in VG, because I’m pretty sure it’s never happened. It’s still PLAYABLE, but it’s not as fun. But this was before 5v5.

To set the scene, my device sat less than 5 meters away from the router and nobody else was on the wifi and actively using it. Everything else on my device was closed (AKA not running in the BG). I was forced to restart my game twice in attempts to reconnect that game. That isn’t what I’m annoyed about though. It was the game afterwards. See, that’s just normal VG for people in my area. What actually upset me was when I was literally spending half my match with a frozen screen and a 5 digit ping at the top of my screen or swiping up on the app to try and reconnect.

You didn’t improve anything, and 5v5 has made it worse.

I’ve spent over $100 on this game, which is close to two full games. With that money, I could have bought MGS 5 AND 20 cheeseburgers at some sleazy fast food chain. But, I didn’t. Because I wanted to give you my money. I treated you somewhat like the person, unlike the faceless corporation that we all know is behind every game these days. So now, I ask you to treat my like a person too. Someone with some sort of value. Someone you care about.

By fixing your damn servers already.

What’s your internet provider? It matters.

Location matters too. As does age of router, and the model. And the band you’re currently occupying. It also matters if your walls are thick, or if you’re on another level of the building you’re in. Is your microwave old, and is it on? Is everyone that’s occupying the internet downloading something, or are they streaming huge 4k shows? Am I just a walking internet hog? Determining the factors as to why the internet suddenly sucks as soon as I need it to work in any MOBA or Shooter is such an enigma that I just assume the cosmos is out to get me.

What’s your internet provider? It matters.

It’s more location. Where I live, (Brisbane. I guess I DOXed myself) everything ping wise if fine EXCEPT for VG. I’ve gone to other people’s houses with other service providers, and it seems like nothing can solve it, and I’m getting fed up with it. There are other free games that do servers right, but it feels like SEMC doesn’t care once they’ve silence a majority of the complaints.
So, I post.

Im in SEA too and i know what you mean and how you feel. Recently i stop playing vg because of that issue. I only played blitz bot match 5 times just to get that talents coins. Coming into 5v5 is horrible idea, that constant 200ms made my hero walked like stutterstep and suddenly increased to more than 1000ms. The worst was when all heroes came and fought together then the pings went wild and screen glitches. I dont know will I still play the next ranked match with this condition.

Funny is…when VG’s ping went wild, i played other mobas and they were much better. Yes they have lag but much better.

My Internet just dies when my microwave goes on, I hate it.

Brisbane is a rough point - you are pretty far away from the two main undersea pipes out of Australia. ISP routing would probably make a difference but there is only so much that can be done.

Same feeling, i’m in SEA but when your game freezing = free LPQ (my connection fault? C’mon i just play pc game instead and it’s really really fine and smooth) plus there’s no PAUSE SYSTEM in this game and poor way to reconnect. At least don’t give LPQ to those people who try hard to reconnect and make bot smarter so when they back the score isn’t 0/4/0

Reconnecting has never been this bad. I had internet issues the last few days due to the cold probably… Reconnecting was hell. You get a deserter notice on top of being thrown out. As if its your choice the game DCs… Seriously though they should be able to detect the reason for shutting down. People actively trying to log back in should not be labeled deserters…

Agreed. Especially if they hard carry the game and end up winning.

Happened to me once. Win and still get deserter. 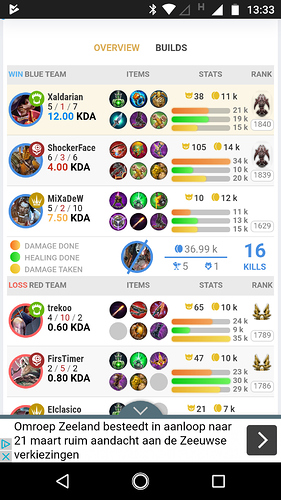 Call me salty or whatever, but I’m going to post here again.

It’s a matter of awareness. The trashy network connections haven’t been solved in many places, and I’ve experienced it myself. I don’t know what the counterplay is to DCing for 5 minutes halfway into the match, but hey. What can you do.

People who give SEMC money are dissatisfied. I can say that for myself, and I feel confident that others feel the same. But ever since they made their ‘improvements’, which only fixed the issues for certain areas, they’ve patted themselves on the back and haven’t mentioned the issue since.

I have more fun playing actual straight up grinding games by myself than playing VG with friends. That’s the terrible sign, IMO. But there’s no escaping the truth. Lag ruins VG, way more than balancing issues or bugs ever could. At least the game let you play.

'wish I could do more to support you, as I tend to get annoyed whenever the EU servers have their hiccups for a day or two, but… have this bump.

And I seriously hope SEMC will eventually wrap their heads around the fact that no matter what kind of work they invest into any part of the App - as long as the servers / routing do not function properly, it simply doesn’t matter.

You do realize the technology to get internet from point a to point b was never meant to be fast only that it was suppose to get there at some point right? I do understand the frustration in this modern age of internet just not being fast enough for you, but you have to realize the underseas lines are rarely improved on and were not designed for modern internet use. Sometimes life sucks and you just have to deal with it especially if you are playing during a peak internet time in your area. I highly recomend some reading.

I do understand the frustration in this modern age of internet just not being fast enough for you, but you have to realize the underseas lines are rarely improved on and were not designed for modern internet use.

Eh… if other people in Australia can get decent ping, then the undersea lines are not the issue. Routing is. And possibly how the server handles connections, latency and packet loss.
Those are issues that SEMC can address. Obviously, as they have improved the situation for part of the playerbase. So it may be time to shift focus to areas they overlooked.

Im in brisbane and i get low ping. Like 100ms on average id say

Which provider are you with out of interest?

Dodo, i think they go through telstra cables, not sure tho. But the download speeds are slow compared to most developed countries id say 2mbs down is slow for downloading anything except mobile apps.

Edit: im still on adsl2+ no nbn for me yet