Alternatively you can switch the BP with a Sorrow blade, which will allow you to disingage, which I don’t particularly recommend against some enemies. But it will be helpful against slippery enemies. If you wanna be more tanky, then switch out the TT for another defense item.

This build makes use of Baptistes boost to ability damage due to his heroic perk, also of his life gained from soul fragments. I found this build to be hard to make kills with in team fights, because its just that bursty, but you should go off with a few wins and a bath of assists. Abilities should do around 700 damage (in glass)to enemies without aegis(vice versa) once you get 4 soul fragments.

Difficult to make captain builds, so I am just gonna talk about very viable items.

Dragons eye:
You’ll be tanky, so you’ll stay longer at the front lines, which can boost your CP into laner lvl, good pick.

Clockwork:
I mean, it’s good and all, but you shouldn’t be dealing damage anyway, so this pick is to me overshadowed by the almighty contraption.

Contraption:
Gives great boosts to HP and cooldown, also counters Taka, Kestrel and Flicker, so it’s quite situational. Although if you are a mine/vision fanatic like me, then this is a must-have. Baptiste will make good use of the cooldown reduction, which only makes this item better.

Nullwave Gauntlet:
Baptiste will have trouble facing off against a captain, so if the enemy captain is being an ass you can just use this… And it also has a cooldown reduction if I’m not mistaken

Aftershock:
If you wanna go full utility and also bully the enemy captain, then this is a must-have. Oh, don’t worry, this also gives cooldown reduction.

Now that I have talked about all the items I should tell you how to focus during a team fight with CP and Captain Baptiste. So, you land the B on the most slippy hero(Taka, Vox, Koshka, etc), the A on the front line fighter, ignore the captain unless you can bully with Nullwave or Aftershock.

And with that, thanks for reading! Good luck in the Halcyon Arena of violent death.

It has potential but it would take time to come online…

I feel his PS BP TM build does better because higher survivability with PS sustain+double defense.
According to my observation, melee heroes don’t really do that well usually going glass cannon, and would be better to go for sort of a bruiser build, allowing your ranged carries to dish out more damage.

Idea behind the build was to fit my playing style, which is being a cancer at the edge of fights and clean up after a team fight. Baptiste isn’t your usual hero to me, and this build does well against things like Koshka, Vox and Taka, but if you don’t want the Breaking Point, then switch it with a sorrow blade and if you don’t wanna go glass, then go with a second defense item instead of Tornado Trigger.

Also why do you not build DE on Baptiste normally.

You the man for recommending vision though.

In 90% of my games I will downvote the captain if he failed to get a flaregun->superscout. I care more about vision than a fountain. Being notified of an upcoming gank will save me before I get hit…

Glad I have another vision fanatic here, anyone who doesn’t build vision is a confused child whose eyes need to be opened

I hear vision will help you see clearly 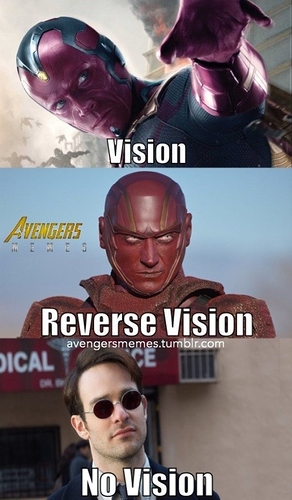 Standard build I’ve seen is BP/PS, not only is it cheap it also means you can stack basic attacks quickly helping to build BP stacks fast whilst preventing any healing.

Build your suggesting is very expensive it also lacks defence. Part of what makes WP Bap work is he becomes a tanky bloody nightmare with a tonne of CC and insane sustain. I don’t see how your build will ever get completed, he is jungling after all and I don’t see him ever getting enough gold to come online.

Your roam build looks terrible, he is actually viable as a roam, but you should’ve building core items like crucible and fountain, along with a CW so you can spam abilites. Since you’ll be front lining armour is also required. Nullwave js pretty good shout though, he already has a tonne of CC so throwing this into the mix gives the enemy something else to consider.

CP is standard, he can be an annoying poke monster with his A, so whilst not potato I don’t think he is meta right now. Shame because I used to love his Cp style.

I didn’t add a roam build, those are just suggested, random items I think will be good on him. WP is as I stated in a reply, solely based on how I like playing him, his wp build is pretty much a debuffing Blackfeather, just eith sum glass boi

If this is how you roll then it’s upto you I guess, personally feel it’s not an optimal play style but I can see how it could work. Raw DMG and his perk would chunk down squishy carries very quickly.

Still a little dubious that you could build this though, just under 15k gold which is more the most top tier junglers get in a 5v5 match.