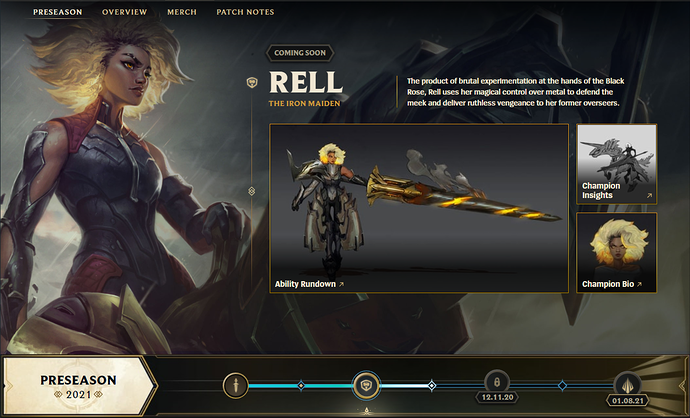 Rell attacks very slowly, but temporarily steals a portion of her target’s Armor and Magic Resist to deal bonus damage based on the amount stolen. Additionally, Rell can siphon resistances from multiple different foes to grow extremely tanky.

Rell stabs forward with her lance, breaking any shields and damaging all enemies hit (damage decreases after the first target). If Rell has an ally bound with E - Attract and Repel , she and that ally recover health for each champion hit by this ability.

(Can only cast while mounted) Rell leaps into the sky and transforms her mount into heavy armor, gaining a huge shield that lasts until destroyed or remounting. Upon landing, she knocks up all enemies around her. Rell can cast E - Attract and Repel and R - Magnet Storm during the transformation.

Rell has increased durability, low movement speed, and a movement speed cap while in armored form. After the transformation, this ability changes to Ferromancy: Mount Up .

(Can only cast while in armored form) Rell rushes forward and transforms her armor into a mount, gaining a burst of movement speed. During her next attack, she charges her target to deal bonus damage and flip them over her shoulder.

Rell has increased movement speed while mounted. After the transformation, this ability changes to Ferromancy: Crash Down .

Rell magnetically binds a piece of her armor to a target allied champion, granting them bonus Armor and Magic Resist while nearby. Rell can recast this spell to break the bind and stun all enemies around and between her and her bound ally.

Rell erupts in magnetic fury, yanking nearby enemies toward her. She then creates a gravitational field around her, pulling nearby enemies in for a few seconds. The field doesn’t interrupt her enemies’ other actions. 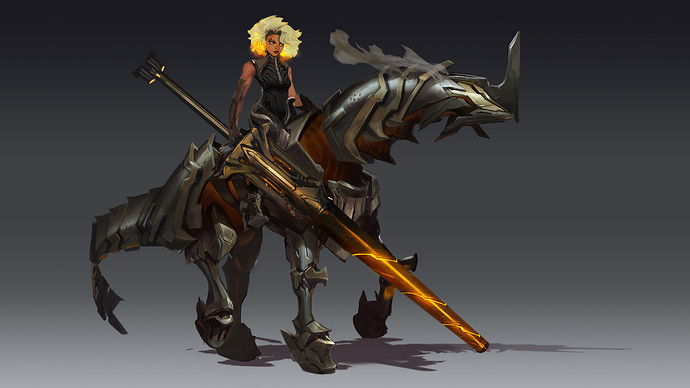 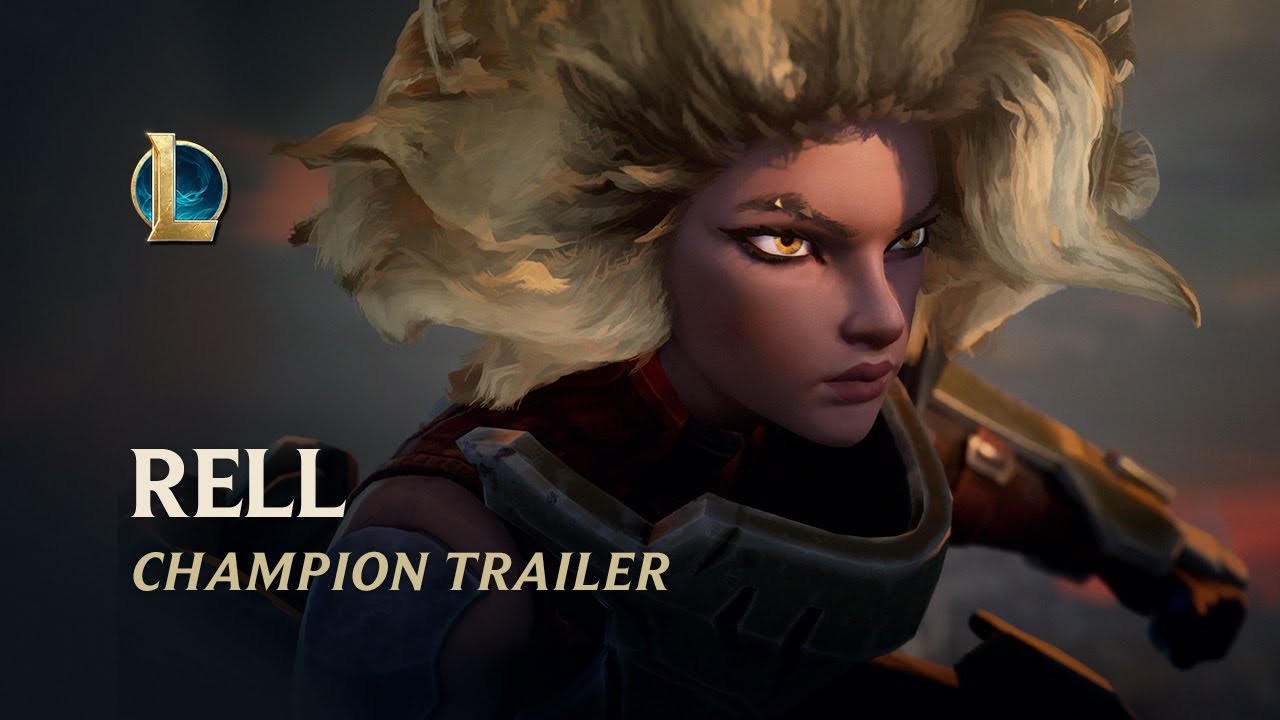 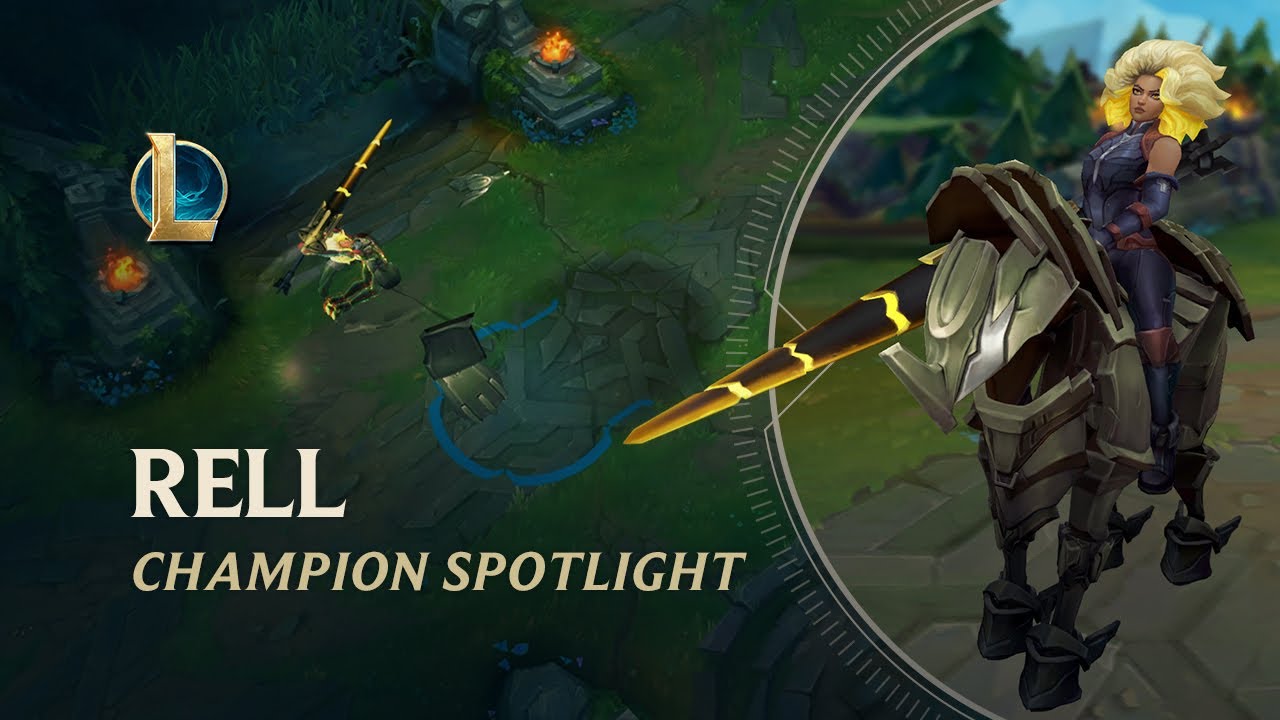 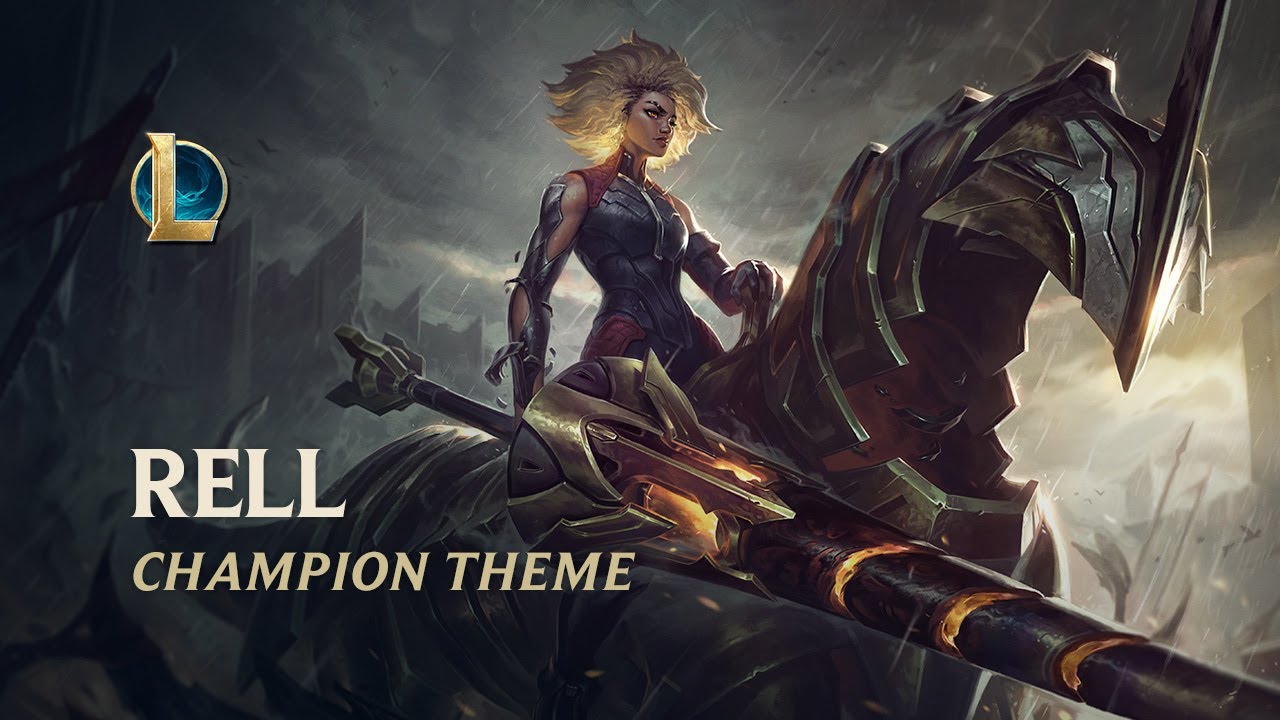 Anyone here played Rell yet? I’ve seen her twice now (both times in ARAM and both times on the enemy team), and I’ve not been particularly impressed. It seems likely that people don’t quite know how to play her yet, but in both matches, she was a complete non-factor. (My team won both times.)

ARAM probably isn’t the ideal mode to form a firm opinion, though.

Rell looks really complicated and has a pretty steep learning curve, it would probably be a good while before we see her clear power level wise.