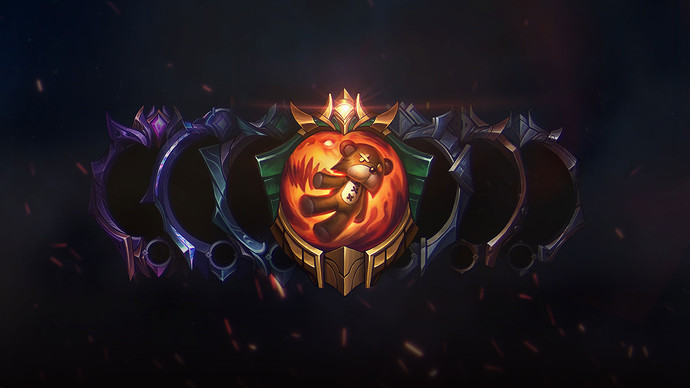 Our thoughts on identity explorations we’re looking at for later this year and beyond.

I really enjoy the sense of progression in League – no matter what mode you play, there’s always a sense that you’re moving forward toward another goal, whether it’s a new rank, leveling up an Eternal, hitting a new milestone in an event, advancing your mastery of a champion, or just unlocking the next XP border/emote. It’s really cool to see that they’re working on enhancing this even further – though I’m not sure about the artwork as presented in this article!

Aside: Progression was seriously lacking in VG – I think it was one of the major failures in VG’s design that there was no plan for progression beyond XP level 30 unless you played the ranked mode (which didn’t exist at first, either

). Of course, ranked progression was a mess as well, with seemingly random resets, soft resets, and whatever else.

Anyway, I’m looking forward to seeing what Riot actually ends up releasing later this year (and early next year), if they remain on the timeline mentioned in this article.