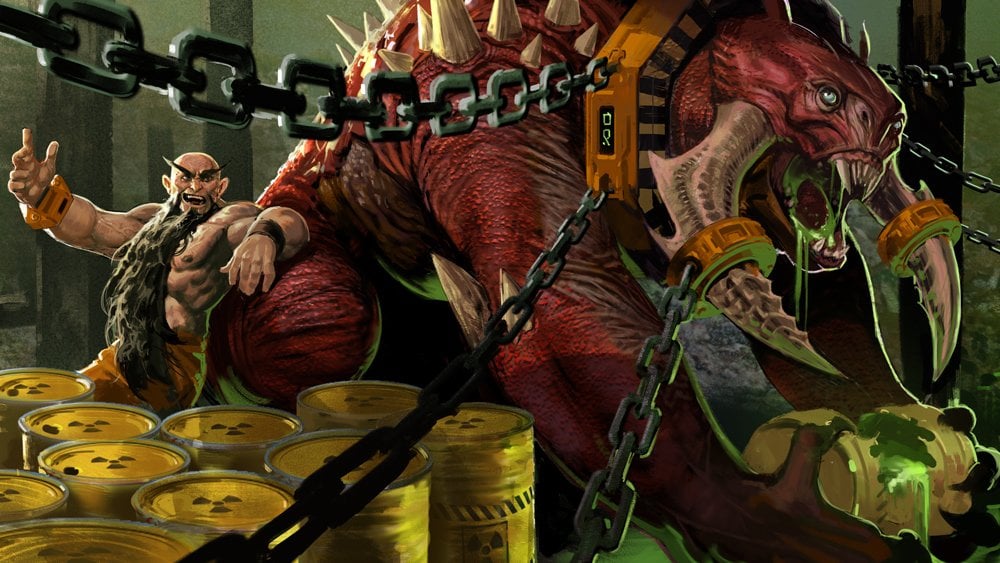 r/vainglorygame - Prediction on the hero teaser and what the choose your own...

With the new hero being teased in the video, there’s a lot of speculation of who it could be. A lot of people have come to the consensus that it’s Frankie, the engineer who created the SAWborgs and resurrected Daisy as Alpha for the storm queen.

I think that it might be possible, though the change seems a bit drastic to be him with the whole makeover and losing both of his arms to get robotic ones.

Looking back at Frankie’s latest adventure with Grumpjaw, he has time traveled to get out of prison and to hopefully change his fate of ending up in prison. At the end of the lore he says he could have been a few minutes earlier and rushes off. This is where I feel like the choose your own adventure lore will start off. From there, we will be participating as either Grumpjaw or Frankie and making important decisions to help determine the fate of both of them. Their primary goal is to avoid prison, but they also have ulterior motives. For Grumpjaw, he wants some cake. For Frankie, he most likely wants to prevent his cousin’s death from using the time traveling device. This is why I believe that the cannon lore ending will be Frankie saving his cousin from the time traveling device, revealing the newest hero to be his cousin. Having the latest hero being his cousin could explain the hero’s physique being quite similar to Frankie’s, but not close enough. Through his choose your own adventure, they will try to rewrite their fate and help make alternate fates based on the decisions we make as the reader.

If this is not the case, then it is plausible that Frankie is the new hero and that he does lose both of his arms in the process and get robotic arms in the cannon lore. As for the alternate fate skin, I believe it will be a skin for Grumpjaw. I’m not sure what the skin will look like, but I think it’ll look pretty awesome.

Excoundrel said about the new hero:

Yeah like I said, I kind of doubt that it’s Frankie due to the massive differences between them. However, that does not mean that the lore will not include him.