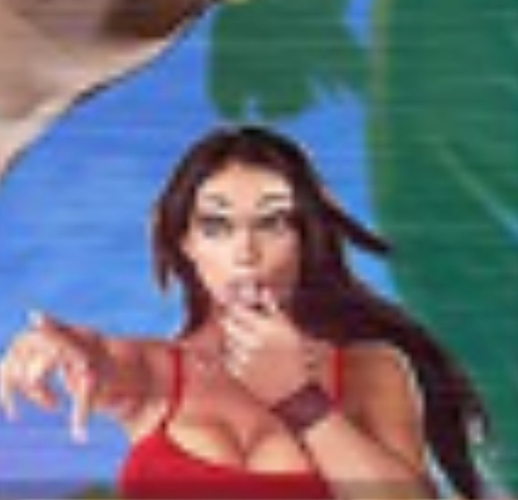 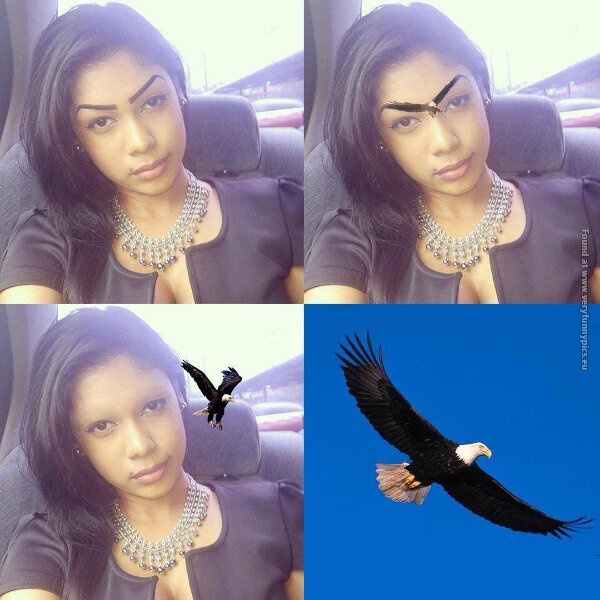 They better fix them eyebrows >_>

Looks like Justin Murray’s hand? I think he’s usually doing concept art, like the Egyptian skin series, and not final splashes, but haha yeah, his stuff is really stylized. He’s really into a hyper-proportioned pin-up style, like in the Killer Bunny Rona card art: 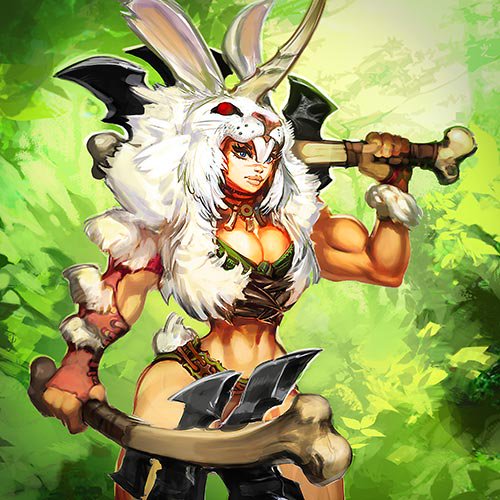 Ive seen alot of his art and i didn’t realize how true u might be. Maybe im not used to how different her face is compared to her default and t 1-2

Yeah, hero features and visual elements can change a lot, depending on who draws them and even when they draw them. For reference, here’s the concept art for Killer Bunny Rona (below), showing that the card art (earlier post) is pulling directly from parts of that early digital file. It’s possible that this SP Cath was done similarly, as an early concept sketch that’s been moved into the background of this Fortress image. Or, it could have just been drawn quickly for this image specifically, and since it’s a background image, it makes sense that the features are exaggerated (high eyebrows, large eyes) so the expression translates from the back of the scene. It’s like stage make-up. 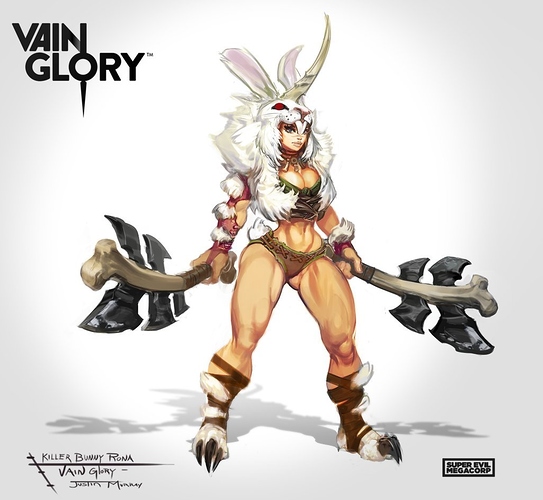 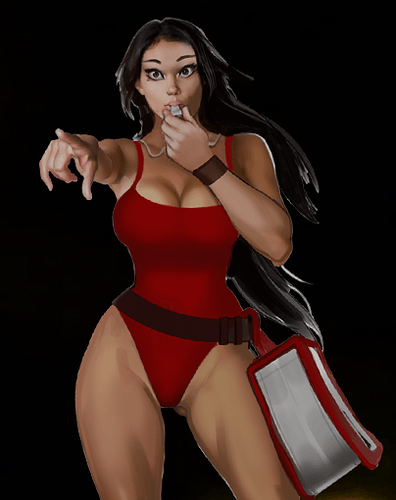 Another of those over sexualized skins that no one asked for. Can’t SEMC make decent skins or rather not make them at all.

You want her to wear default clothing on a summer party, or you have a better suggestion?

no I do want her to wear a swimsuit, just not over sexualised.

Please so try and understand

Oversexualizaton is really hard to explain imo, i find SP Catherine not really sexual. Ive seen alot of games, moba or not and they deliberately try to make the heros more appealing solely for sales. Maybe i find Catherines motherly personality from her lore to overshadow SEMC caths sexual (apparently says u) appearance. 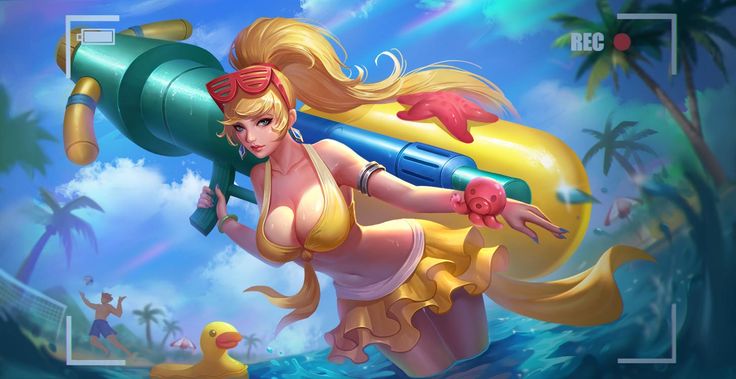 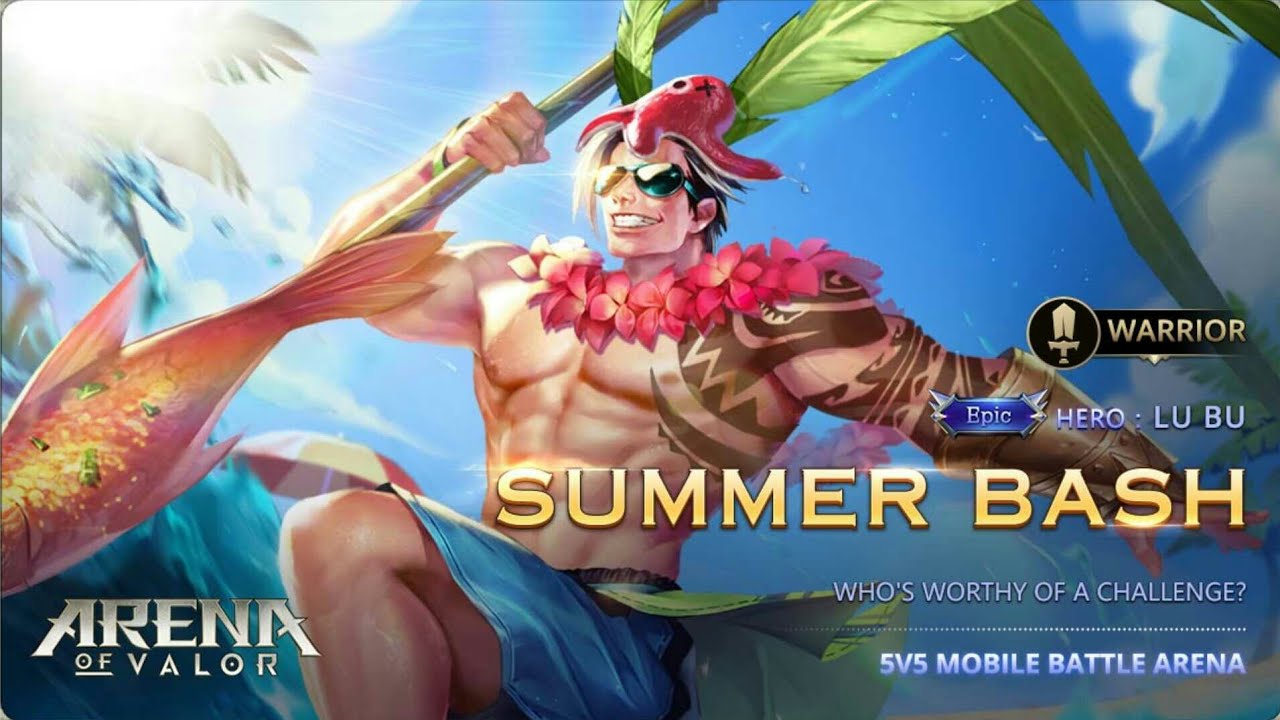 What the… I swear, Blackfeather’s fish has more personality. I just can’t look past those eyes.

Lol, ikr? Not a fan of that effort, for sure.

Is that Layla?? She’s my main in ML, though I haven’t played in a couple months. (Much more into AoV now.)

That’s Cath??? She looks nothing like Cath kek. She looks very hispanic in that splash art…