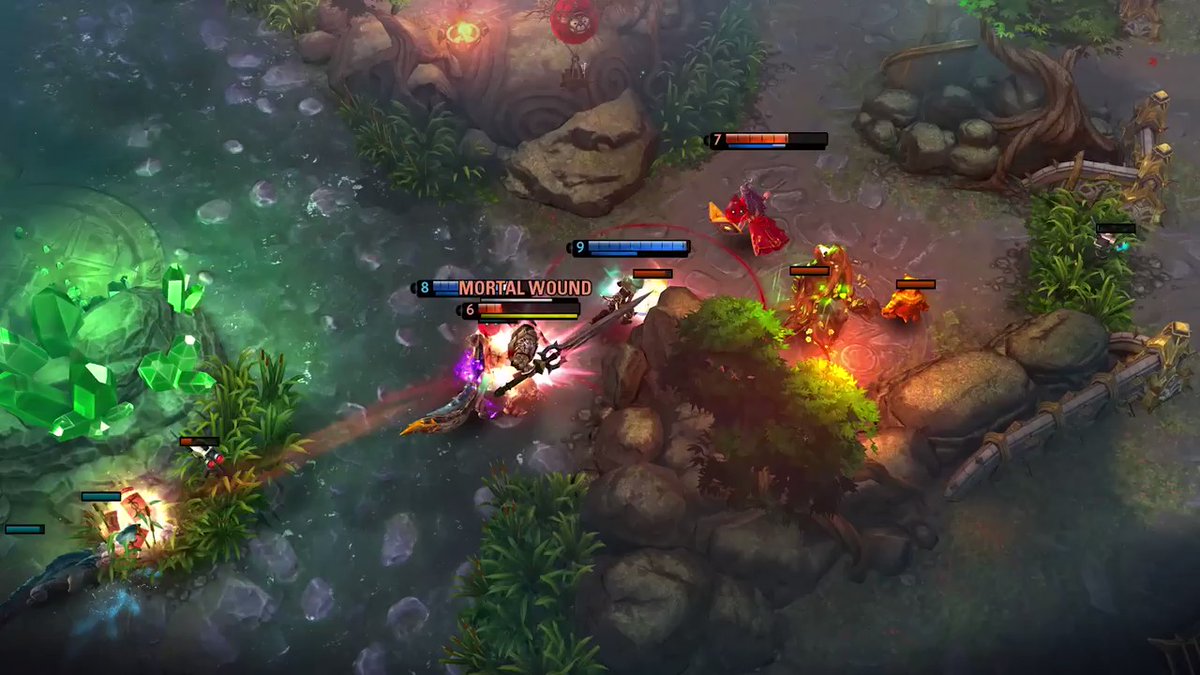 Where do you think you're going?! A new #Vainglory hero is on the way. Stay sharp for more sneak peeks🔪 https://t.co/pAYNgPofro

I need a new update. Tired of these heroes.

Dude its Gusion from ML literally, the blink and the 5-dagger-throw look 100% similar

Is that what Sonata meant by new hero? who can teleport…

That Blink is SO FAR… like literally the same distance as Lyra’s portal.

did anyone notice how he/she even gave Lyra a sporting chance by running backwards a little, then blink for the kill?

i hate this new hero, its just like VG right now lack “unique” heroes, its literally copying a hero from a game published by “copyright breaker” company :)) damn…

we need new abilities This text will be blurred

This hero is pretty much Minato from naruto series?

lol. That’s quite a comparison. You do know how OP Minato is right? Minato’s blink has infinite range. lol.

the sound effect for her multi dagger throw is trigger worthy, that shit sounds like a arrow being shot like wtf

Is it just me or is the quality of this vid really bad?

Come on SEMC another broken hero on launch who’ll be permbanned for the next month till they’re patched! What’s the point of even wasting ice getting them when everyone will ban them if they’re broken.

quality is fine for me, idk why but sometimes twitter automatically lowers vid quality

Looks more like Kensei with Range… but yeah that’s what it’ll be. Another OP hero to moneygrab off noobs before it gets nerfed next patch.

dont buy the new heroes with ice. you wont be able to play them in ranked unless they are bad or mediocre on release. also keep in mind that those vids are always made to get the new hero look good. this might not be an actual demonstration of her in real gameplay.

Personally I think OP new heroes are better then bad ones. That way the meta changes and people actually play that hero. Otherwise you end up with heroes like Ozo, Baron, Alpha. Even if they’re good no one would play them much because of bad release. They need to be really OP for people to play them. Alpha is kind of an exception in low and mid tiers as she’s kinda noob-killer but still unless she’s really broken she’s mostly ignored in high tiers. And if a new hero is OP they’ll be changed soon enough. At least it’s a change.