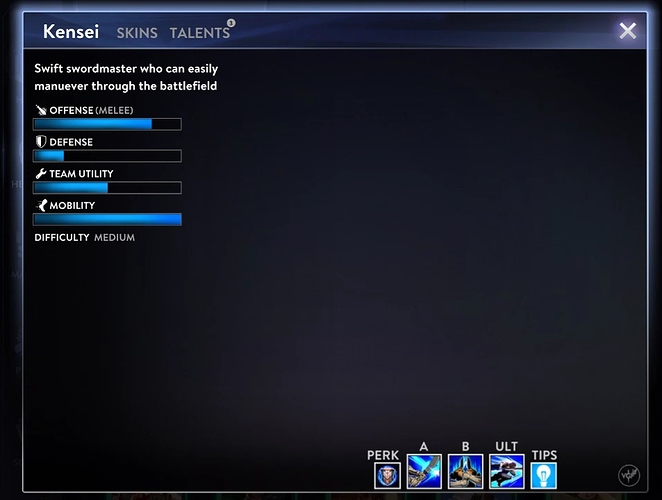 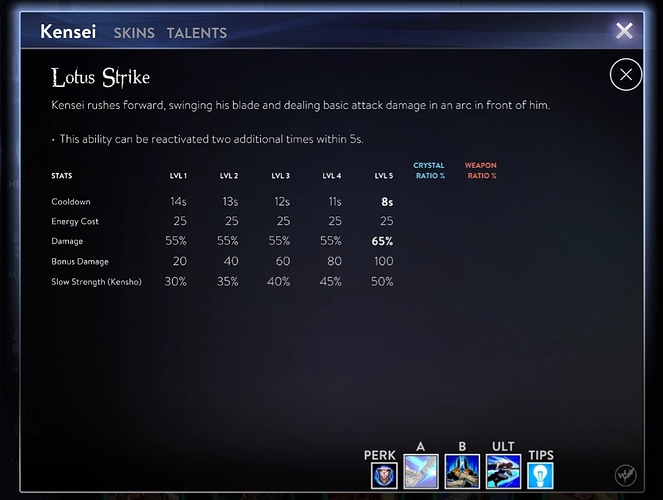 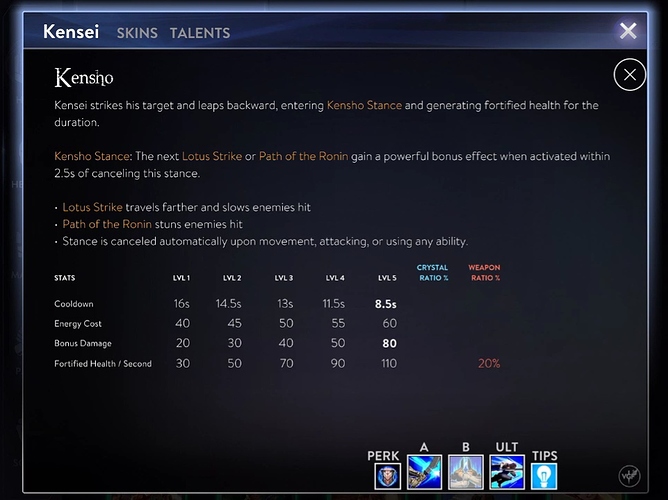 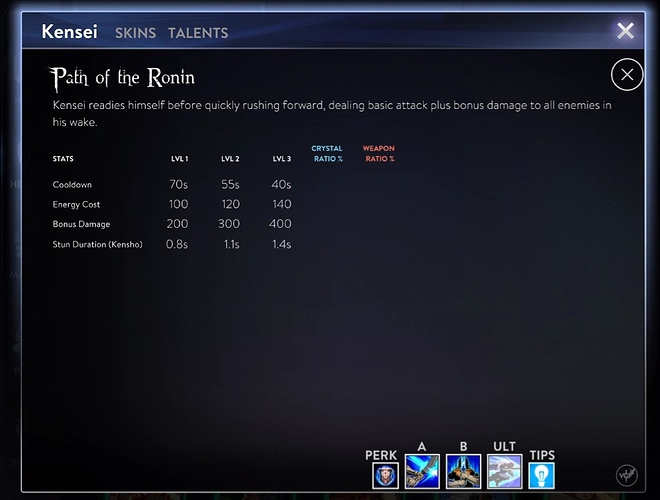 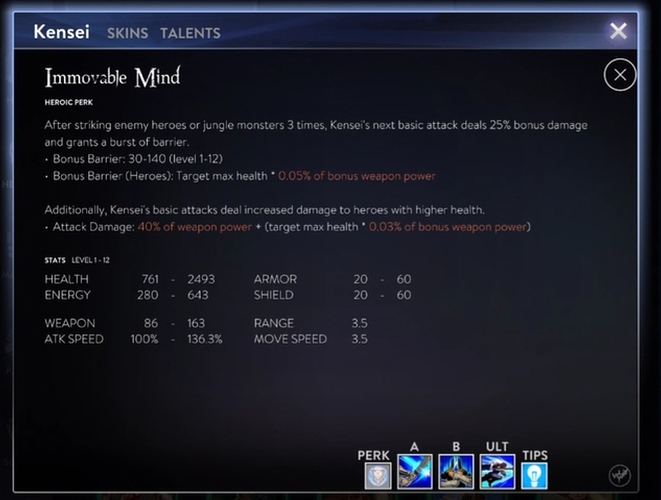 I dont really understand how his skill would work anyone care to explain? Whats his combo?

OMG, they can balance this hero to within 0.03% of bonus Wp, but they can’t balance BF with a rose trail?

Kensho (B) is a setup ability. it’s best uded beforr ult or A, because of the new effects.
his A is a forward cleave (imagine glaive) but you can activste it 3x like ozo’s A
his ult is him dashing in a line, and after a small delay, the enemies take damage.

using his B makes A slow enemies AND travel farther, and makes his ult stun.

you would definitely need to stick close to enemies, so maybe getting your stance then using A, weaving in basic attacks in between will deal good damage since you could proc his passive while dealing the 55% dmg per A and basic attack and the final burst of damage.
his ult seems more like a chasing or long ranged engage, again, best used with kensho stance for the stun, but since iirc it has a tiny delay only use it when they won’t get too far. another possible combo with it could be using his ult to get in, then kensho stance with A combo

his ULT could possibly do multiple stuns. all 3 moves are attacking damage dealing… fully commit to the fight and be rewarded, or fail miserably…

Ah i see thx for the explanation, i was hoping his skill would be like juggernaut i guess not

I like Him. The B especially, and the passive.

I like it, his kit looks simple and fun to play. He will most likely be an assassin due to his mobility and can handle tanks as well with his passive

His passive redeems his kit in my eyes. It’s incredibly interesting and is miles better than his pretty generic A.
His B is kind of interesting, and his C is aesthetically epic, so I’m okay with that.

I think SEMC just tell us not to build defense so that he can’t abuse his perk.

His ability bonus damage is WP. It looks like his BP potential is really good since he has AOE and WP skills. He has a melee stun on the Ult that doesn’t re-position enemies so he can AA afterward. A triple dash just like Tony, except it is AOE which means body blocking just lets BP stack. Tank busting due to the % enemy health damage. A barrier on every 3rd hit so attack speed builds are viable. He has an AOE slow on an 8.5-second cooldown. His lane clear with his Lotus Strike will be really good. I can see him played Bot lane because if he gets a WP buff that is bonus barrier, faster barrier up time, higher attack damage, and better tank busting.

I don’t see much of a weakness.

I feel like his cliche is a 2v1 (against tank and a carry) he would probably be pretty useless in a 5v5 team fight because he has to dedicate himself to killing a carry and smacking the captain with an AA and that could probably separate the good ones and bad ones. Tbh its kinda hard to interpret anything without playing him.

Honestly can’t wait for him. Malene was OP and gave me free wins. He’ll be the same but much worst.

if i could get 30 ELO in every match up in VG I’d be happy but instead I have to, play with people who get 30 ELO in VG and are boosted AF

Tank Kensei would be pretty annoying to do deal with it but he still wouldnt be equivalent to the amount of STDs one can get from laning against Grace and Catherine, on paper he seems like a pretty healthy character.