» Appearance- Gastly appearance such in pic 1. Slight change to her Mace into a Torch or flaming Mace. Artist:BHSNO DevianArt

» Retribution (Perk)- Grace slams her mace into the ground but ember and flames erupts from the ground.

» Benediction ( A )- Grace dashes to her target, dragging her mace along the ground behind her which leaves a trail of fire.

» Holy Nova (B)- Grace slams her Mace into the ground causing a pillar of fire to erupt at the center and a firey shockwave around her (radius).

» Recall- Grace explodes into a fireball which flys up and back down when at the spawn. 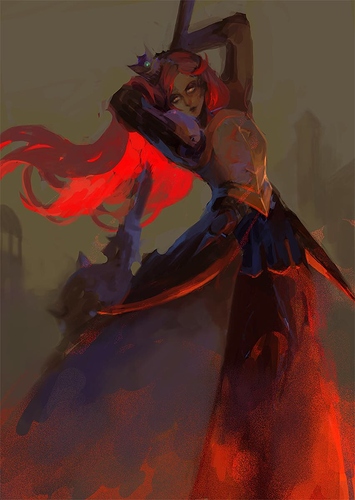 Also y are the title and etc in that wierd grey box?

Seems cool, if i played her i would want It. It would be amazing to see in game.