The biggest fight in the modern era is about to happen on 06th October 2018. We all know khabi is the better fighter but we the notorious on the other side who can turn the tables in no time. Here is how to watch McGregor vs Khabib Live stream for free
Who are you supporting at ufc 229! 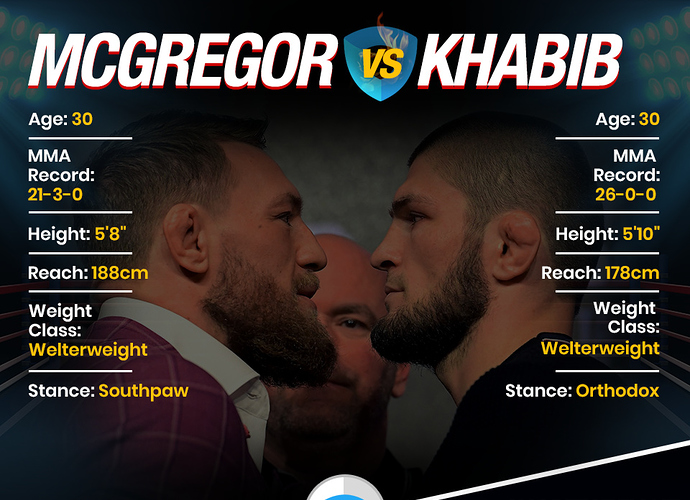 it’s too close to call, IMO.

it could go either way. all it takes is one good solid hit. and we know both are capable of doing that.

But if i was to put a bet on, i’d put my money on Khabib.

I honestly can’t see either one going down by K.O or tapping out. I’m predicting it to go all the way and it’ll be a controversial judge decision.

McGregor lost his edge a long time ago. Making empty threats while putting walls between himself and Khabib in form of a bus and Dana White. K.O. win for Khabib on 2nd/3rd round.

Khabib, McGregor has failed me twice ( in comically bad ways ) in large bets. Fool me once, shame on you. Fool me twice, shame on me. But three times ? Nope, nada, goose egg

I only seen the highlights, but DAMN. that was brutal. Making him tap out in the 4th round.

guess I was wrong about it being a close match.

anyone keeping tabs on all the controversy after the match?

I’m going to skip all the beef because each side has a story and they’ll passionately defend either Khabib or Conor to the bitter end.

if it was Conor who jumped the cage, Dana would’ve defended Conor’s actions. Dana continues to defend Conor’s actions with each reply to all questions being “that just how it is”. As soon as Khabib shows some wild behavior, Dana is shaking his head, saying negative comments post match. Just ask yourself, Dana White - if it was Conor, would you have acted the same way? Conor also threw the first punch which lead to the brawl. ASK yourself, Dana - if it was Khabib who threw that punch, how would’ve you acted?