Hi all - concerning the Materials, we don’t have a list of their tiers yet, which would be helpful in deciding whether or not to purchase a chest. To help figure this out, I dropped some opals on a few of the Legendary Materials chests, and saw a reddit post with screenshots from someone who had bought a handful as well. From those, we can deduce the tiers, for the most part. So, to that end, see below:

The Legendary Materials chest gives three drops: 1 guaranteed legendary material, and then two drops from either 1 legendary, 2 epic, or 2 rare. You can work backward somewhat based on the drops shown in the screenshots. Anything with just 1 of the item is legendary, since it’s not possible to get a drop of just 1 epic or rare material. The ones with 2 are either epic or rare, but it’s impossible to know which from this sample size, since the drop rates are almost the same for both tiers.

another update: A different Rare Materials chest yielded 2 Floatstones and 1 Halcyon Thread. By the same method as previous paragraph, we know Floatstones are rare, not epic.

Thx for the info, may i ask you to pass on a tip for the devs?

Can they (materials) have different color backgrounds to represent what tier they are.

Or something along those lines

Yeah, different colored borders or something would be great.

so in other words, the hats are insanely expensive…
quite weird, coonsidering that they are throwing the charms out for a low enough amount that f2p players can get them easily.

btw, only met one hat user so far, its incredible distracting and i forgot what hero that was two times in a blitz game, because you couldnt really see the hero anymore…

the hats are insanely expensive…

Depends. The materials are part of an RNG system, so unfortunately there’s no set price for them. But calculating it out, here are minimum costs, based on the components needed, as of 7 Sept 2018, assuming the best possible luck in Legendary Materials Chest pulls (ICE costs in US prices).

Reminder, those are the absolute minimums, so the price could easily go much higher. As personal reference, I got the Red Party Hat by buying 3 Legendary Materials Chests for 1500 opals, and winning a Rare Materials Chest. If you have a bunch of opals that you’re not saving for skins, you can probably get a hat for around 2000 opals and a bit of luck.

I disagree, I find the party hats distracting but the halos actually fit the style of the game. The hats give off a cartoon feel

its incredible distracting and i forgot what hero that was two times in a blitz game, because you couldnt really see the hero anymore…

Not sure I agree. The hats really aren’t that big. To me, it’s about as distracting as when new heroes are released and there are new ability animations to get used to. For some heroes, you can’t even really tell it’s there. 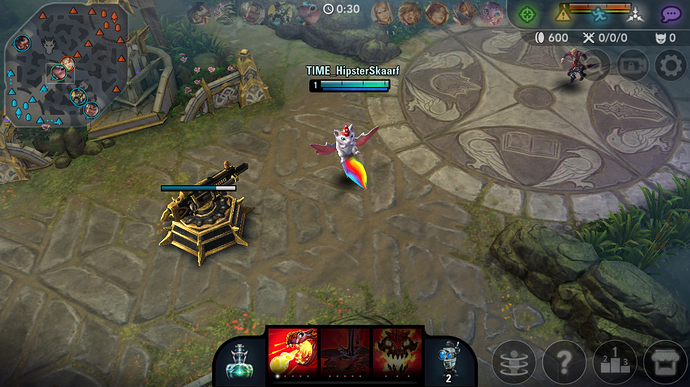 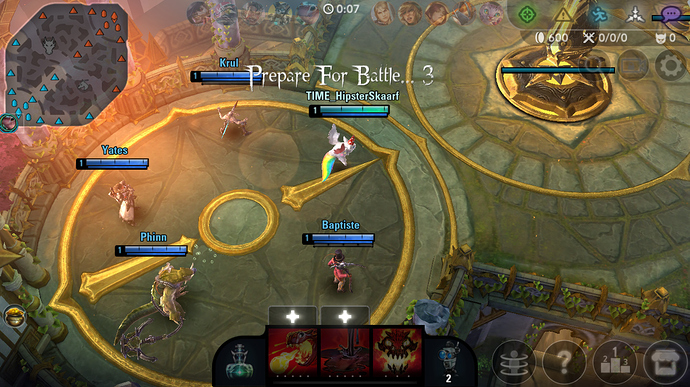 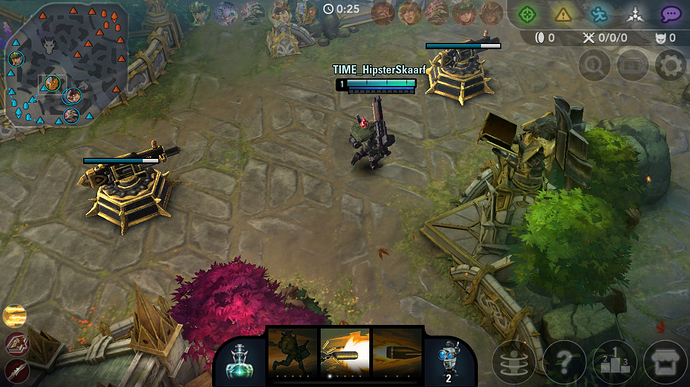 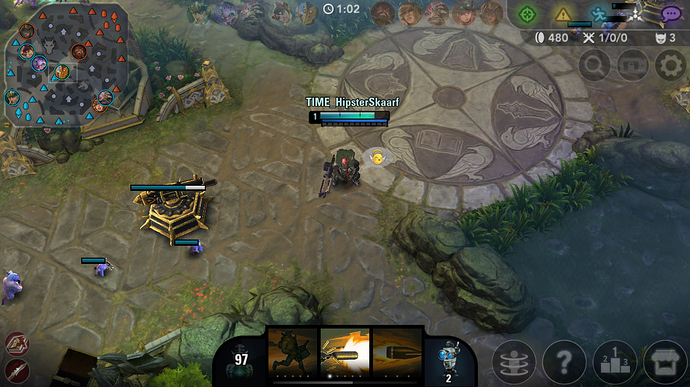 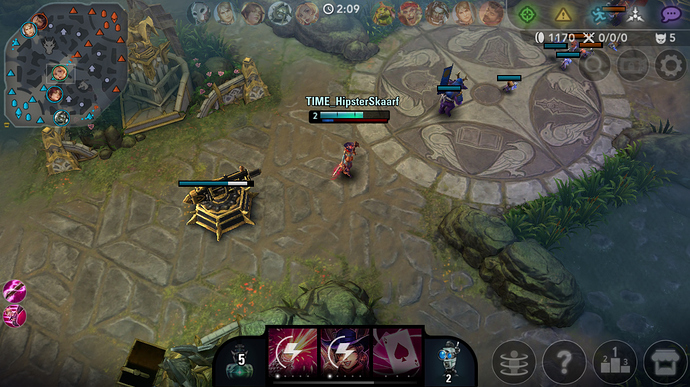 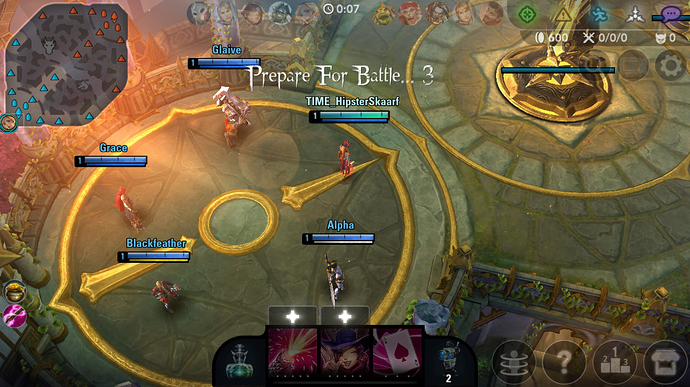 Looks like cat skaarf has a horn lol, that actually suits

that is insane. 1000 opals is the most expensive se skin atm…

I disagree, I find the party hats distracting but the halos actually fit the style of the game. The hats give off a cartoon feel

the halos are not better. use the electric or fire one, use a human hero with a red skin and play in the 3v3 map. this makes the confusion perfect. you wouldnt be able to tell some heroes apart from each other on a short glance.

@HipsterSkaarf you should see a vox with an electric halo and his t2 skin.
it might be a narrow case, but i find it quite annoying.
the effect of those halos is distracting as well.

halos are not better. use the electric or fire one, use a human hero with a red skin and play in the 3v3 map.

Thats why you wouldnt pair them up together then.
The halos arent meant to look nicely with all the skins.

then why do this in this incredible lazy manner?
instead of making sure that every hero gets some stuff that looks good on them (the party hat+gwen is ugly)

One important point is while the price can go higher, the materials that don’t go towards one hat should help work towards another. As long as you are not super picky you get a pretty high value until you already have 2-3 hats.

Someone in a game was using fire halo on Ringo and I literally did not notice it for 10m.

While come combinations are kinda of ugly, this argument that hats make it hard to tell heroes apart feel like players just disliking hats for some reason.

It’s a fact that skins are a much worse offender in confusing heroes, I know my brother thought Baron’s fly or die skin was ardan multiple times. I honestly don’t know why players are acting like hats are so horrible, even if you don’t like how they looks. I dislike many skins, school days koshka is just gross, but I never acted like I ruined the game, because it doesn’t.

i dont say or act like the ruin the game.
i say that they are confusing. if someone can confuse heroes due to skins, this can easily happen due to halos as well.
not all players will have the same opinion on this, but if it hinders the game experience for enough players, semc will lose them.

why do players hate the hats? quite simple. they are an incredibly lazy way to try to cash in on hero customization ( a modell that works in other games). just look at gwen. she already has a hat and using a party hat with her just combines the two modells and it looks like a glitch, but is intentional. why not pay enough attention to details and replace her default hat with the new one? Because semc is incredibly lazy when it comes to such things. the hats are the laziest way to make more money with a field that offers endless opportunities.
just to name a few:
different weapons for your hero
different hats that actually fit the hero they are meant for (some might work for multiple heroes, but the restrictions on the party hats are laughable at best, why cant these three heroes look bad as well?)
different animations (mostly idle/taunt/teleport)
different voice lines
…

there is a lot they could have done, if they would have taken the time. but thats not what they are doing with the hats. they are simply trying to make cash. i prefer it when the cash making also comes with some quality, because then it actually works.

wether sth ruins the game for me or not, is my decision and not yours. semc style of skins did ruin the game for some players i dont know if you have seen the discussions about those on the old forums.
but i never had an issue with confusiong some heroes due to skins and i dont mind any of them. sd koshka is just unecessary to me.

I think they deserve to make some cash, i mean semc have been giving a bunch of free stufd that they lose money rather then gain. The hats are new too, i bet they are gonna add more in the future

so they deserve to rip off their players?
lmao, they dont deserve anything. semc and every other company with a f2p scheme gives away free stuff to fix the players into buying. they use the same tricks as drug sellers.

what they actually need to do is quality content for a fair price. that keeps in players for far longer and generates way more money in the long run. they wont add much more hats, this feature will soon be forgotten in favour of another cash grab.

You’re saying that as if semc is another EA. Uh oh breaking news a small company is trying to make some profit, who knew am i right? Plus you are literally complaining over just cosmetics, you know that right? I honestly dont really see the problem. I honestly think you are just trying to hate semc in general to be honest

The problem is not that they are trying to make money. The issue is how they are doing it - constantly backtracking, reducing quality, using predatory marketing techniques that are generally frowned upon, consistently making mistakes and then not addressing it, and most importantly changing their identity of a small friendly company to a failing one that refuses to acknowledge the community.

Businesses need money to run and the community understands that. However, veterans are upset because they had no reason to change. If anything, most are spending less and less as the game quality continues to decrease. You may not get that if you’re relatively new and didn’t know old SEMC. If you’re a veteran and still don’t see it, you’re blind.

Also, his assumption that it’ll be forgotten for another cash grab is a safe one because it’s happened plenty of times before.

That doesnt make sense? If people are spending less then why do they keep doing what they are doing? Obviously they are getting profit with these so called “predatory profit”. Want semc to stop being a company? Tell people to stop being such a sheep and stop buying stuff from then

They need quicker, easily implemented cash grabs that are marketed as a “new, cool feature”. They then market it obnoxiously poorly, somehow mess it up even more through some “accident” ( that they’ll ignore ) or miscommunication, forget about it, and do it again.

How does that not make sense ?