ok wecome to a well thought out thread that is like mary poppins. (is it in the right topic, who knows?)

in this thread we will discuss what malene could end up being, using clues form the lore. practically all of this lore is useless to us except the most recent one which can be found here: 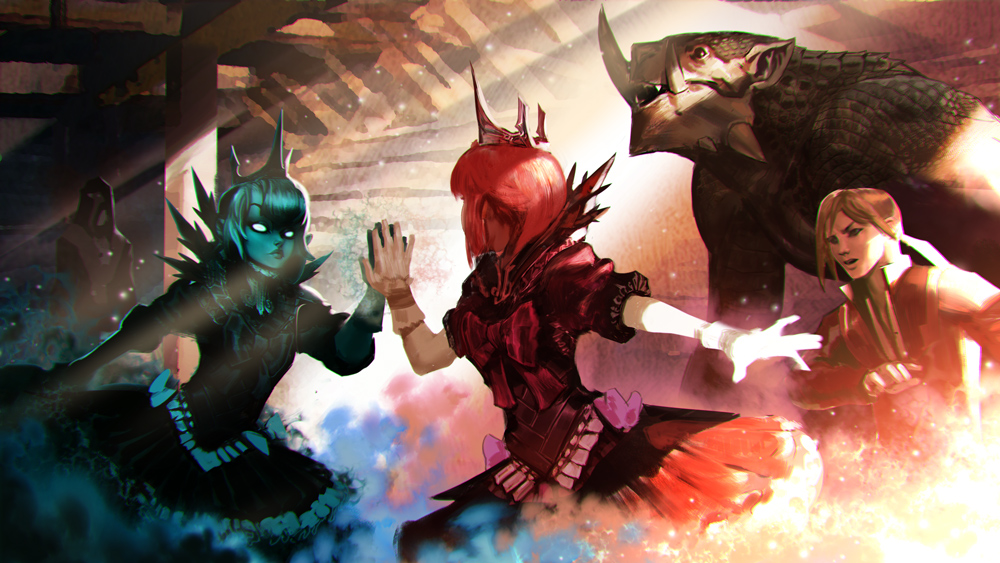 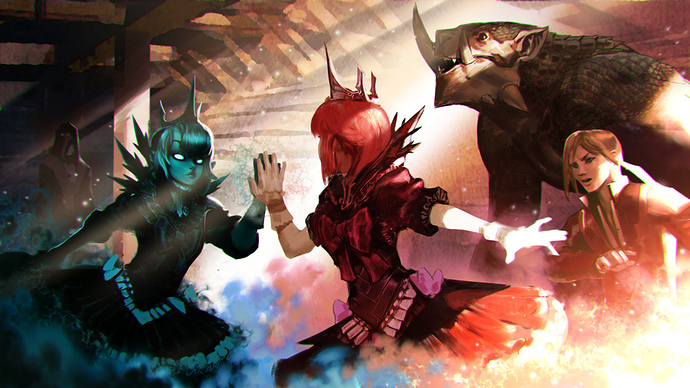 image.jpg1000×563 304 KB
(i just like this picture so let it be here also it makes me look as if there is more content than there actually is)

lets start with when malene first appeared to the community. she was the princess in a basic fairy story with swords and monsters, betrayal and love, peace and violence. the two heroes in this story are currently heroes, blackfeather and that other guy who you see sometimes. i think his name is finn or something. anyway they were announced to be part of a trio. this third person is confirmed to be malene. so the trio goes

‘And this princess, having been born with some… not insignificant magical ability, made an obvious mess when angry. And obvious Mageborn children go straight to the Storm Queen’s army.’

so a cp mage.
the lore tells us this about her magic

it reacts to her emotions. though this holds true with all mages as seen in the beginning of the celeste/vox/ardan lore.

she can’t control it as seen here:

'The two princesses enveloped one another, the shadow hidden completely away. “Now,” said Malene, “it is time to be queen.”

Malene spun to face the troll and the swordsman, and in a flash of long-dormant magic transformed into the shadow once trapped within the mirror. “I will have a dragon!” she announced. “I will have a dragon in every color! And I will be Queen of the Eventides, and we will live happily ever after, and that is final!”

As quickly as it had appeared, the shadow faded, and the lovely princess remained. With a flouncing of skirts and a charming smile, Malene squeezed through the door past Phinn.’

this also tells us that her magic is some form transformation enchantment. but her turning into her edgy side does nothing except look different. there is no reaction from phinn, blackfeather or the witch. so this tells us that the magic only changes herself. it is not casting something out side their body like every other mage in vainglory. it is changing her own substance. i am assuming we are looking at a true transformation mage, not reza.

however in the first quote it says

'And this princess, having been born with some… not insignificant magical ability, made an obvious mess when angry. ’

so when she changes she becomes more powerful. she makes an obvious mess. perhaps this alludes to some huge displacement abilites?
she is spoilt, in the lore they tell us multiple times that she gets what she wants. this hints to more displacement because what could you want more than your enemies to be in the right position for your cp phinn mid lane to quibble them?

so what have we learnt in this messy, not well thought out, almsot pointless thread?
that malene is likely to be a cp mage jungler, with transformation as part of her kit and a small posibility of her getting displacement effects

thank you for listening to my presentation, refreshments are at the back

I don’t think that Malene will necessarily be a CP Jungler. Since the game is more centered around 5v5 now (lets be honest), there is a chance she could be a laner instead. I do have my doubts about having a WP carry, although the image of her in her edgy form banishing Vox into the shadow realm with melee attacks makes me giggle.

We are seemingly almost guaranteed some sort form switch, but we have no idea what that really is. It could be a skin (SEMC PRANKED YOU KIDS) or it could be something like Reza ult. Personally, I would prefer to see a form switch built into her passive. Something based on a timer or resource that builds up over time, since a form switch on an active ability would be somewhat impractical in a 3 button game.

The Pinklords Hero Concept Extravaganza
Yes, I am shameless.

Read more about my thoughts on this in my thread

The Pinklords Hero Concept Extravaganza
Yes, I am shameless.

So all in all, I don’t really think much is set in stone. We know she’s a mage of some sort, probably CP, and there’s a high chance she will have a form switch. The most we can actually predict about her gameplay wise is she’s going to have a small hitbox and maybe a small clickbox.
Which is fun, I guess.
So yeah. Those are my thoughts about it I guess.

if we are talking about what we wanted then i designed her around her sleeping curse here: Pigstuffs’s hero extravaganza (not some dumb otters..)

but yes i agreen that she should have synergy between phinn and blackfeather but then i rememebred that blackfeather is a dive hero, which phinn does not synergise very well with so i doubt thaqt malene will be made with any consideration to either of them. and also, she was introduced to the lore and hinted at in the game much before 5v5 existed. she was reffered to as part of a trio. and what good is a trio if there are 2 other people on your team?

Based on the teaser, she can flick the switch from nice to nasty pretty damn quick. She does look like a Mage with a mask like septre

I feel like she will be a new hero archtype employing a completly new strategy to the game. Maybe something that could synergize blackfeather and phinn together. Her mode switch seems like it would be an alpha type thing like she dies and enters form 2 which has different stats

Her C could be an ability that makes her switch stances changing her A and B to completely different abilities based on the stance she’s in. 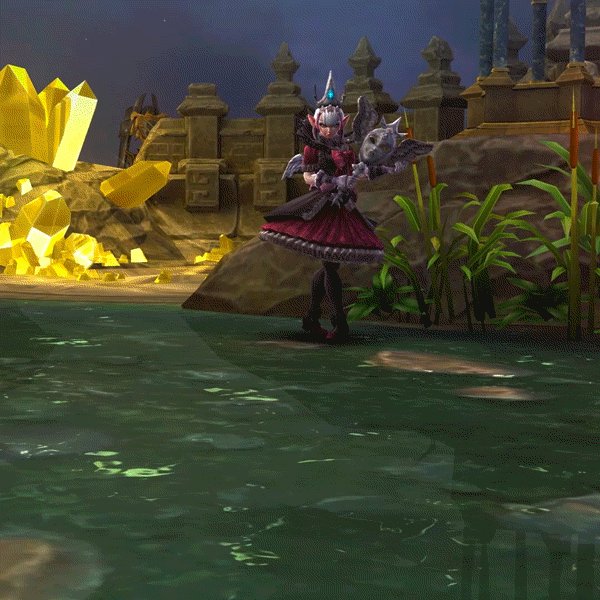 Maybe she’s gonna have different status effects depending on the mode she’s in. (As well as different animations… which is nice.)

this video could be an a or b abilty skillshot that chanes her stance or it could be basic attacks showing us that stance change is part of her perk.

Looks like the Dark Malene has a mini Celeste Ult and the Light Malene has some kind of protective or CC spell.

When it says ‘Choose’, it’s said like you can only select one. It could be possible that Malene has a passive like Idris or Kanye from Leggo Legends, where you need to earn your second form.

I do think she’ll have a transformation like Reza for her ult, or maybe a perk based on a resource of some kind. Definitely a mage, and I do think her being a jungler or support is more likely than carry.

It would be really cool if her transformation changed her two other abilities into something else, which I think is possible as well.

Synergy is what makes or breaks team play. Now most aren’t spelled out in lore but each hero has a group of heros they do well with and don’t do well with

Yeah but I doubt they’d give specific benefits for playing with specific heroes. That would encourage specific comps instead of comps based on pick+counterpick and unless they did that for every hero, I don’t see them doing it for one.

What i meant was an ability or playing style that could mesh those two into a good team. Not comps more like a protect the queen kinda thing while she buffs and attacks