Since so much of the activity around Catalyst Black happens on the Discord, I thought I’d do a write up to keep those on the forums who are interest up to date. It should also to useful to have all these links and announcements in one place.

To get everyone up to speed on SEMC’s immediate plans, here’s what you need to know: Earlier today SEMC revealed the early access trailer on the Pocket Gamer Launchpad Stream (it was leaked earlier), making what you could consider the first major public display of Catalyst Black. During the stream they talked a little bit about the games design philosophy, and showed quite a bit of gameplay in the backround. You can watch a VOD of the Pocket Gamer podcast if you don’t mind sifting through the entire podcast to find the specific clip.

Pocket Gamer also published two articles about the game. A quick breakdown and an interview with Kistian Segerstrale, SEMC’s CEO

Alongside those reveals SEMC launched the “Secret Service” program. Similar to VG’s PBE, it will the space where they tests content for the game before it goes live globally. This will start operating on August 12th. However, you can start signing today on Discord. For the foreseeable future will the Secret Service will be IOS ONLY.

Finally, I thought I’d share a little information the devs have talked about on the discord. SEMC are super active replying to peoples question and there are a bunch of tidbits of information, here are the most relevant. First, the game will launch “soon” in GEO beta in at least 3 regions, two in SEA, and one in the “west”, on both IOS and Android. While it is not confirmed, devs have implied this may happen even before the August 12th secret service date. Second, when the game launches globally it will support IOS, Android with Bluetooth game-pads, and most likely PC. Third, once the game has strong enough engagement and monetization values, they will launch a significant advertisement push which they have been gathering metrics on since Maskborne. They have actually been very forthcoming about the different methods and test advertisements they have been using to gather data, but a lot of it went over my head as someone not too familiar with digital marketing. Suffice it to say they have a plan.

Anyway that’s it for my little news roundup, hope it was useful to some of you who have not been following the game as closely.

Oh thank you for doing this, I really don’t want to join the discord so I know I’ll miss out on news like knowing potential release dates which I didn’t think would be so soon. Thank you for this cb news roundup

I agree with @Chippunk – this is really great!

Side comment: I really don’t understand the focus on Discord as a way for gaming companies (or any company, really) to communicate important information to their communities. To me, trying to learn about a company or its products via Discord is exactly like talking to a company rep at a trade show: you get face time with them and can ask a lot of questions, but it’s ephemeral: as soon as you walk away, the information begins to fade from memory. Additionally, unless someone else happened to be standing behind you when you were talking, they’re going to ask a lot of the same questions. If a lot of people are there, it’s all a jumble of questions and answers.

I find Discord incredibly great for small groups (like my old VG guild) and in-game voice. But it’s a poor way to handle a huge group (think the original VG Discord), and it’s particularly bad if you want to provide organized information and long form, thoughtful discussion.

Possible correction: I think what was meant by the geo-beta in NA and Philippines is that they did that for Maskborne, and those 2 places will NOT be in the “actual” geo-beta. 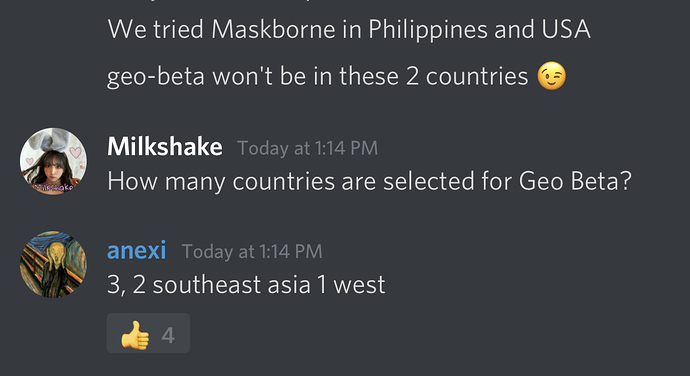 Yup that seems right, thanks.

Just a quick tip - if you navigate to the Catalyst Black server’s announcements channel, you can follow those updates (the follow button is at the bottom of the text area), which will have them sent to your own server, in whatever channel you like. So if you don’t want to, you can get official updates while on discord, without ever having to go back to the official CB server.

Side comment: I really don’t understand the focus on Discord as a way for gaming companies (or any company, really) to communicate important information to their communities. To me, trying to learn about a company or its products via Discord is exactly like talking to a company rep at a trade show: you get face time with them and can ask a lot of questions, but it’s ephemeral: as soon as you walk away, the information begins to fade from memory.

I think that’s probably part of the draw, tbh. Similarly to how they shifted away from the original VG forums - it’s easier for the company to manage light connections with lots of contacts than to sustain really deep discussions on particular topics. It’s probably a lot less stressful for individual devs too - when conversation is moving fast, there’s less pressure to give super detailed responses and they can just hang out for a bit and answer light questions when they’re able.

I think that’s probably part of the draw, tbh. Similarly to how they shifted away from the original VG forums - it’s easier for the company to manage light connections with lots of contacts than to sustain really deep discussions on particular topics.

Yeah, I understand what they’re doing, I just don’t think it’s the best move. I much much MUCH prefer “really deep discussions on particular topics”

Not to be confrontational, but why does using discord as your front facing social media exclude doing any of that?

SEMC will never have the resources to have an entire media team putting together stuff like this all the time, it would be very poor use of resources for them, but even so they have already released similar stuff on their website. Obviously they can’t yet go into depth about how they balance the game since there is not even live balance, but considering they have proven a proclivity for being very open about their process, and a willingness to share long form detailed explanations I guess I don’t see the point you’re trying to make. They are even open about their thought process for monetization, something most companies try and distance themselves from (Riot “looking into” the price of Valorant skins)

I don’t quite blame them for doing things the way are.

In all honesty semc and vg came under the microscope pretty hard for a company that made a great product, and while constructive criticism is useful sometimes, it can be overwhelming.

PR is an important aspect and it definitely wasn’t good PR for players to come to a central forum to find info about the game, just to see all the issues players were noticing about it, especially with it being on the game’s official website. Admittedly, paraphrasing @coltonJW 's post in another thread, most players of VG were likely completely oblivious to a lot of issues more invested players noticed, until they came to the forums.

Then again, when I first started VG a lot of the later issues just didn’t exist…so there’s that.

Either way, it’s a sound strategy to me, as long as there are other outlets for having the in depth discussions and someone on the semc team is actually monitoring those outlets.

Totally didn’t mean to hijack the thread, so maybe I ought to move these posts to a new one? But also: in reality, I’m not trying to criticize SEMC specifically – I’m simply pointing out the general movement towards short-form (and in my opinion, shallow) things like Discord (bad) or Instagram (worse!).

Again, all of this is my opinion and is really based on my own preference for “deep dives” and in-depth information – which is also why I like places like this forum and formats like Riot’s /dev blog I linked to above.

You kids get off my lawn. 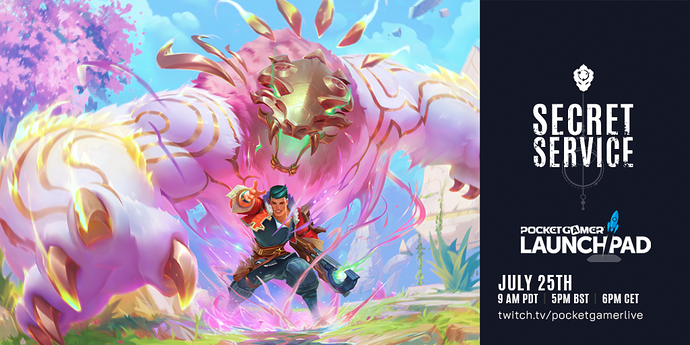 Psst. We've teamed up with @PocketGamer to distribute the very first Secret Service access keys! For a chance to get one, head over to the #PGLaunchPad stream at https://t.co/Kffz94CwSa on Saturday at 9am PDT / 5pm BST / 6pm CET.
1 Like
TheInterpreter July 24, 2020, 9:09pm #12

Thanks to your one line finisher I busted out laughing in public to myself like a complete weirdo. Luckily I’m kinda comfortable doing that already.

And I completely agree with your general premise on short form discussion, however as you say, it is also a personal preference for me to dive deep into things, and yet I acknowledge that some if not most people are just like that in their own different ways. I’ve come to the conclusion that there’s a time and place, as long as the option is available.