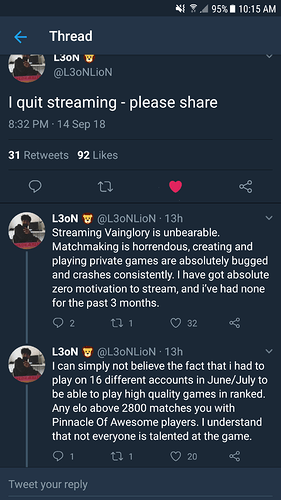 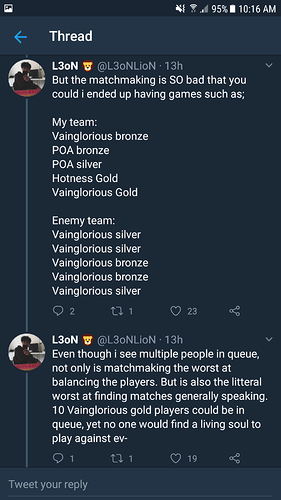 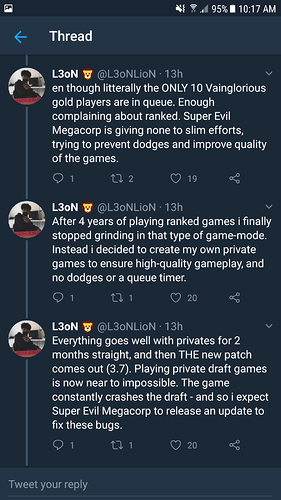 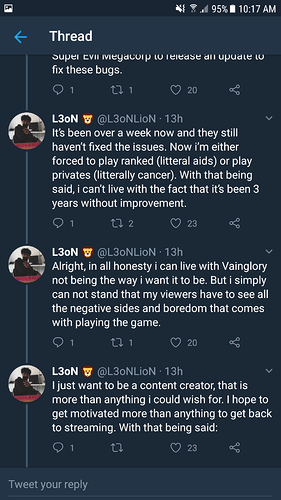 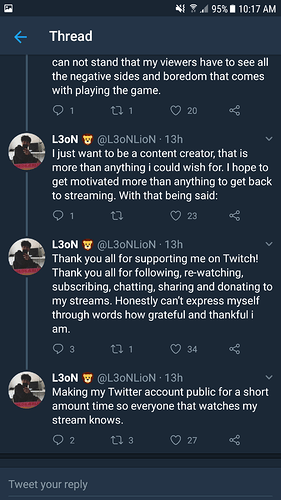 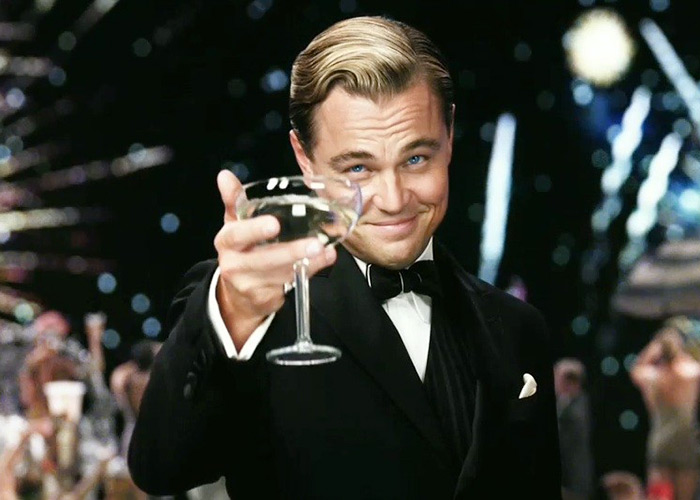 I was seeing the last stream, ad he said that: he has no motivation to keep streaming… it’s sad to hear it. GG SEMC

What a shame that SEMC still don’t see why the game is going downhill. Need money? Make the game playable.

Exactly this they could have fixed it ages ago.

Matchmaking has always been iffy, yes. I play mainly Blitz and Battle Royale nowadays, and the disparity between the Blitz Rank and the average rank (of 3v3 & 5v5) is quite evident.

I pity L3oN. Getting poor matches and unable to make private draft matches is a pain.

But, this is a bit of a jab, he hasn’t really out himself in a favourable position to voice his woes and get the community (particularly the Reddit one) to back him up and get SEMC to fix the problems ASAP.

Most Redditors probably know him from his trolling and AFK’ing in pro matches. Most of them that notice him for wants him to be dealt with (punished).

With that said, I say SEMC is also at fault for not saying anything and fixing this bug quickly.

Off topic, but I wonder why he didn’t get his team mates and other e-sport players to ban together to voice his concerns. He is after all, a well known player, streamer and YouTuber. Surely they can help him?

L3oN doesn’t have a youtube channel, the guy uploading gameplay vidoes is pretending to be him and stealing his content

L3oN allows him to do it as it’s not monetised.

He said he was okey with it…

Don’t worry, releasing VG on PC will right this sinking ship in no time at all!

L3on didn’t AFK, was a crash in his game

Is there visual proof ?

Always touching sht that doesn’t need to be fixed. If you pick a skin before private drafting ends then the game quits. The best part is that when looking for a match in privates it makes you wait and says “Finding Match” LMFAOAOOAOA. They dun good. And I met one of the apparent “PBE” players yesterday and I can see why the balancing is going to sht as well (he was POA silver). Only reason I won that game is because Lance is broken and we had Churn.

He talked about it in several occasions

Edit: to not sound aggressive (at least I try).

He trolled a little bit but the afk was an unintentional crash. Just to clarify.

GG SEMC. You now lost arguably one of your best, or at least one of your most well known, players due to issues you refuse to acknowledge.

Good news though - if you continue, all the high tier veterans will leave and your matchmaker might finally work

yet you all accused him of being intentional without proof

I dont see the reason for you to be aggressive. I asked a simple question. Is it wrong to just take everything with a grain of salt? I dont see why it is…

He said it, didnt show no proof (from what ive seen). End my case

edit: 3:48 am- Problem already solved with no conflict so