Geniune question. Not a rant about 5v5, but what I am asking, is the game actually dying in terms of player base? Reason I ask is: 2 minute queue times for brawl modes. 6 minutes (!) for 3v3. Both in prime time (in SEA). I know they split the queues further, but if 5v5 is drawing in new players, then even if it is the most popular mode, I would not expect queue times in other modes to go up by an ORDER OF MAGNITUDE over any I’ve experienced before.

I don’t care how many queues you have: 6 min queue times, especially on a mobile game, sounds a lot like a nail going into a coffin to me.

one guy was 10 minutes

Calling @Moose, copy, do you come in?

@dream do you copy?

@Moose I copy, good luck in your match, make it a win and report back with results, over!

At least the bots aren’t toxic

According to Google trends, searches for Vainglory have dropped back to where they were before the 5v5 hype.
I kind of do feel like it has killed Vainglory.
Vainglory was niche before… but now that it’s lost that.

it was a lopsided match, I felt kind of bad. 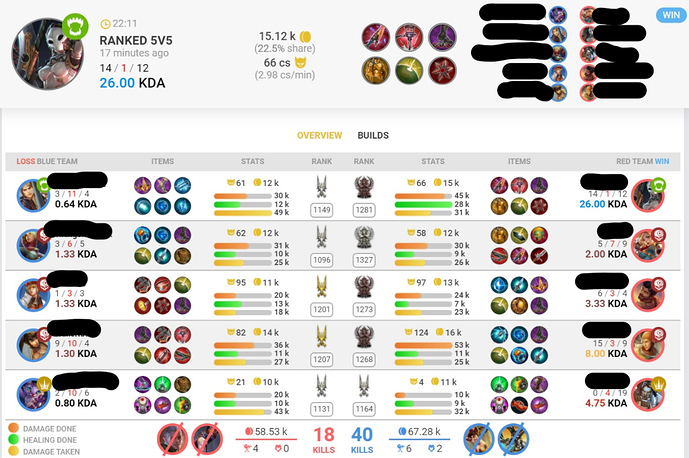 It seems as if it was slaughter, over.

My bots always run down mid lane, pop flask the second they get hit, and usually run in circles not even basic attacking enemies…

Wow had no idea 5v5 had the wait times too … I assumed at least there it would be ok. So, the Titanic’s hit an ice burg, the decks already tilting 15 degrees and let me guess … not a peep out of SEMC. Amiright or amiright?

Well we all knew this would happen every time 5v5 came into question que times was always brought up as an issue.

Wow had no idea 5v5 had the wait times too … I assumed at least there it would be ok. So, the Titanic’s hit an ice burg, the decks already tilting 15 degrees and let me guess … not a peep out of SEMC. Amiright or amiright?

And sure enough … not a peep on Reddit (that scumhole, no surprise) nor any other official channel. Bloody hell.

stop trolling peepz… sorry to say, but my queue times are all under 1 minute… in every game mode… in SEA…

Well the matches are mostly horrible. Stuck in t5 and no way to climb because people don’t even arrive in game until 2 min later. Enemy is already snowballing but no forgiveness.

The game is becoming unplayable.

3v3 soloque was hell. But this shit is next level… 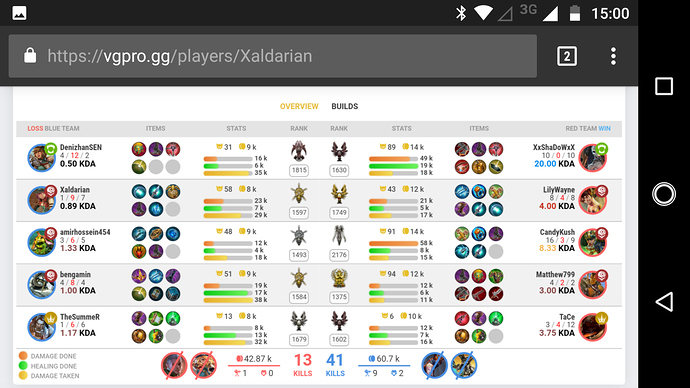 Right now it compete with games that have a tons more players, are more popular, have millions and millions of players investing time and money to progress (making it harder to switch and drop the game). Also they are a lot more mobile friendly in the meaning of fast matches, fast quotes, fast action packet gameplay, lot of heroes (albeit not original ones) and the joystick control lets you play even in the bad without a problem… gl with that in VG, I barely can make it to the mid of the screen and I have s7e, imagine a longer device (got long fingers, so that’s not the problem).

My point is while VG is far superior in depth and GFX, the 5vs5 should have been released LONG time ago. On another side right now the matchmaker finding match for you is the time most spend on the game at given moment.

While we all love serious MOBA on mobile, the big number of players is searching for not so serious and fast paced simplified experience on the go… and leave the serious MOBA exp for the PC at home. Tencent is actually smart in a way as they can clearly give more serious approach, but gives what the majority demands for their phones.

This all is more of a discussion about the situation, I don’t want to take something away from VG as I am sure that I wouldn’t play MOBA on my phones if it wasn’t that particular game. Also from my brief exp with AOV… the 5vs5 in VG is levels above in all the ways possible, but that doesn’t mean I can’t see why AOV is more popular and the VG player base didn’t boomed at all…

Ugh way too frustrated with the matchmaker.

Game has to be better than this.