Honestly Idk what I was expecting.

Her kit is perfect if not the best (for this patch) out of all the junglers, nice short cooldowns, nice ratios, a broken movement speed boost for a FAT 30 seconds.

30 seconds and dont talk about Journey Boots with that.

Im already imagining her diving you withing 30 seconds and dipping out before the turret takes a good amount of her health.

Rona already struggles with jungle so rip playing against Inara.

Tho its nice to see that her B doesn’t provide a huge base damage stat on it tho. 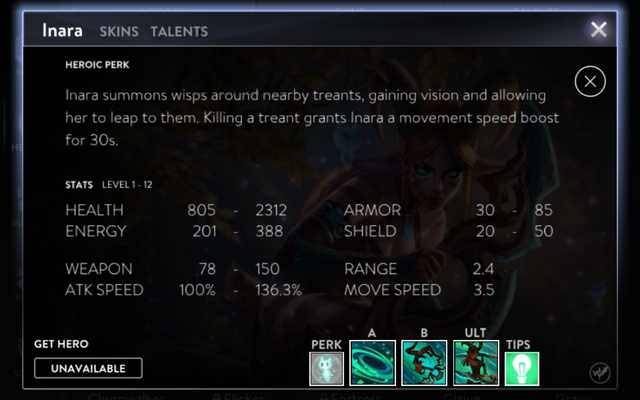 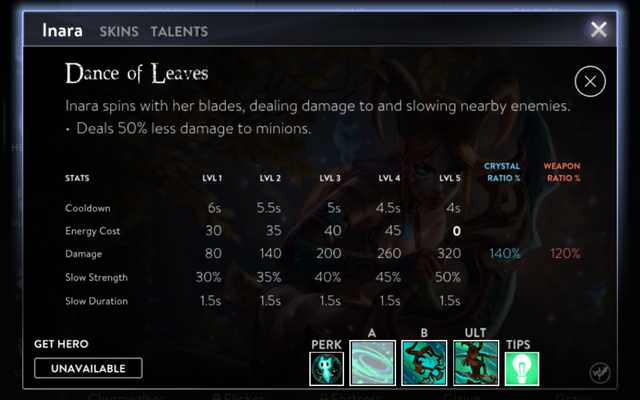 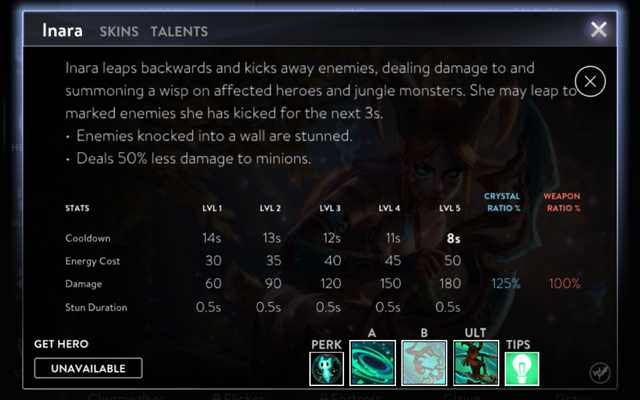 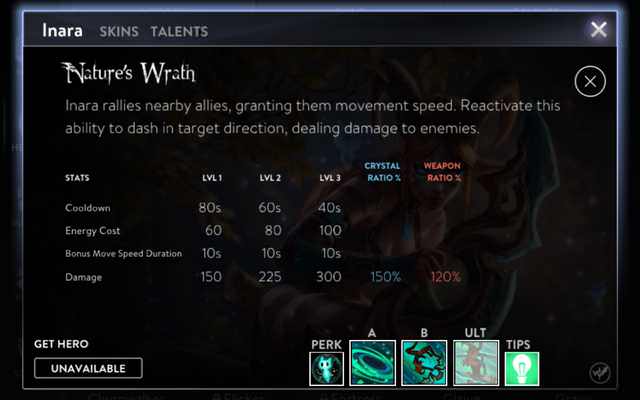 I would think that Cp would be better on her but idk if shes a sustain or burst hero soo.

I like that she has only 50 shield. Koshka should have enough chase and damage to compete early. Late game she should struggle when multiple CP heroes are online. Without treants, she will lose a big part of her kit every 100 seconds.

what the heck is that DANCE of LEAVES - 320 damage for ZERO energy cost every 4 seconds ? considering the rest of the hero line up, she’s going to be oppressive AF.

unless the rest of the CP heroes have a similar trend of having a ZERO energy ability, this means she’ll be able to stay on the battle field much, much longer.

edit - can you imagine of Riem had his winter spires at ZERO energy cost?

She has no way of engaging on heroes besides her ultimate and she is relatively squishy. It’s honestly not even something to worry about when fighting her.

I think Inara is gonna be a clearing monster, wether minions or jungle monsters but she doesn’t have much damage in a fight. Unless she has BF/Idirs basic attacks where their basic attacks just do a ridiculous amount of damage for no reason.

Something else to consider is she can’t really sneak up on enemies in the jungle. Her wisps give her away.

all well and good, but I’m also considering that idmonfish also replied in his “ask me anything thread” that Inara is one of the top heroes.

Build Prediction: AS PW Aegis/BM Atlas/MJ Husk. She’s gonna spam those procs as hard as a YEETS player moans when they land their perfect hook straight between all 3 members of the frontline and yank the enemy Celeste for a one shot.

cam you imagine Fortress and Inara on the same team? double speed boost and a 50% slow every …

thank god for GWEN’s B.

Look at those ratios, she has Weapon ratios in all her abilities wtf.

and not a lot lower than the CP ratios… looks like WP will be better on her as it will not be only about the abilities, but also direct AA fights.