ok this is what i think could be close to possibly almost nearly similar to the real thing.

Perk: Charged Crystal
Every * amount of time or * amount of distance moved, Tony’s power puncher’s get recharged with halcyon energy. his next basic attack deals 30% missing health and 5-20% max health of enemies as damage. This alos gets recharged after killing an enemy and using an ability. it can stack up to 2.

A ability: Power punchers
Tony zooms to the target dealing cp and 2 basic attacks. This knocks the target back and knocks other enmies away from Tony. increased target knockback on overdrive.
Passive: Every 6 basic attacks the next will knock back the enemy.

B ability: Princess Pinkerton
The dragon that flies around Tony attacks an enmy dealling small base damage and aoe and marking the target. If tony basic attacks the target then they take 5-20%max health damage and enemies are knocked back from tony and the target. the target is then 5% slowed for 5 seconds. overdrive increases slow and base fire damage.

Ult: Makeshift
Tony makes a small robot which moves in one direction, around walls and shooting enemies dealing cp and missing health damage. this acts as a super boosted camp, being able to see in a much larger radius and through walls. Tony can reactivate at any time during the ability to teleport to the robot.

so i tried to keep it to the lore… prehaps a bit too much. he seems to be a single target assasin who needs to deal massive damage and then wait for ability cooldowns. uuuh if you like htis read my ice troll one and if you don’t like it read the icetroll one any way

Makeshift? Is it a Taransformers charachter name?

what? i called it that because he makes something and makeshift means

noun
1.
a temporary substitute or device.

and his robot is temporary

This isn’t a kit for Tony specifically, but I found it quite coincidental that I partially created a hero concept a while back that I haven’t written out that had similar things with Tony.

My hero idea was supposed to be based off of ardan and, well, Tony is almost like ardan thematically. Plus both Tony and my hero are science-y. For some reason, my idea kept reminding me of Reinhardt from OW so I was hesitant on uploading it when I first made it. Must be the shield in the A. 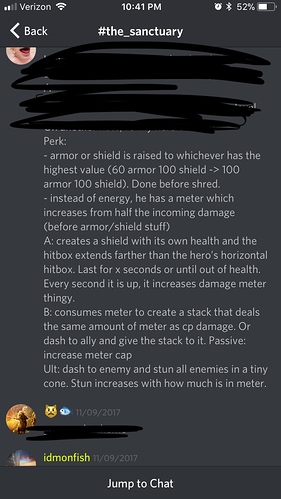 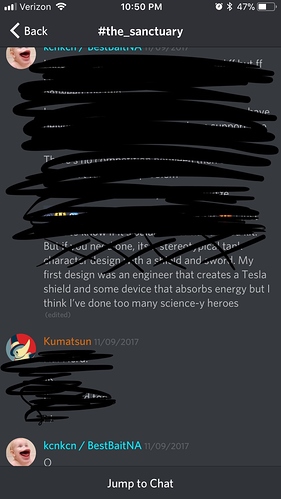 this is gud (what are you trying to hide?) but i don’t think it suits tony. maybe make your own thread for this? also i don’t understand the b damage thing could you explain. this guys seems nice and balanced though and would make a grand addition to the captain roster. 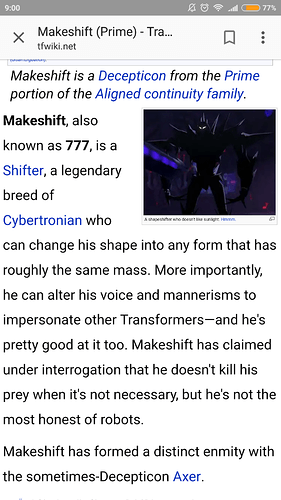 Yeah, it doesn’t really suit Tony because people are saying he’s gonna be a jungle assassin, while my idea is a tanky captain. Plus, there’s a shield concept, which I think could just be substituted with something more natural like dwarven skin hardening or tech that acts as armor.

B is that the hero takes how much is in the meter and turns it into cp damage. Instead of being instantly used, it’s stored in a stack. The stack can be given to an ally or himself. Basically an adagio B with more creative damage.

I see. thanks for explaining its a good ability. so hes opretty much like ardan? his perk makes more tanky his a makes a shield for his allies his b consumes his energy replacemnet and it is the ionly ability it is used for? lol you could do this with many heroes.

anyway i really like the b concept and how it is used. prehaps it can be implemented sometime. also there is nothing wrong with lots of science heroes

The underlying concept was based off of ardan, but there are some differences.

The perk is similar to how ardan gains vengeance when vanguarded target is hit, but that’s the only main similarity. The hero idea perk is always active but only works on the hero idea itself, not any ally. Plus while ardan is capped at 100 vengeance, the hero idea can increase the meter plus its base is probably some obscure number like 2000 because it stores a portion of incoming damage instead of 10 vengeance or whatever every attack.

His A does not make a shield for allies. It makes a shield for himself. Actually, look at Reinhardt’s Barrier Field from Overwatch. Same thing more or less except my idea can still attack. Major reason why I haven’t put this out publically yet. A few people will scream rip off.

The meter also increases the stun duration on his Ult, making meter management more important rather than spamming it like ardan’s B. The Ult cooldown is relatively short so you’ll always have to keep it in mind.

Another difference with ardan is that Vanguard is intended to be used on allies, making them a little tankier and possibly help tank. My idea revolves around tanking and no one else should help.

Here is my attempt:

A: Falcon Punch
Tony targets an enemy. He dashes to an enemy and hits them with both powered arms. The enemy is knocked back. If the enemy hits a wall or structure they are stunned.

B: Boom, BoOm, BOOM
Tony can lay a mine that is only visible with true sight. Tony starts with 3 charges which is the max. The mines provide vision. Tapping the skill lays a mine. Holding the skill blows up the last mine placed. Mines explode if an enemy walks over it. Mines that are placed within the explosion radius of another mine will chain explode.

Ult: Tony Smash
Tony leaps to a point and smashes the ground with both his powered arms. This damages everything in the area. A semi-circular wall of debris crops up. The wall can partially trap enemies but is passable with movement skills.

So the idea is he can lane or roam. As a laner his knockback can be used defensively to prevent pushes. His mines can be used for vision or force detonated to clear waves. His perk makes him a threat to take a turret at any time making him a split pusher. His Ult can also be used to block paths. As a roam he has knockback, vision, and a means to divide enemies.

His weakness is he doesn’t have a means of escape. His A requires an enemy hero or lane/jungle creep. Even his ultimate if used as an escape would function as a trap for himself.

Perk - absorbs energy from other players.

A: Double punch - rushes to a target and punches, activable twice.
B: Leap Smash - Jumps into a AOE area to stun, damage and resets his A.
C: Fury - Use’s all of his energy in a huge blast AOE damage and becomes empowered for 10 seconds - increasing speed and attack damage.