How is 5v5 in your servers?

Maybe this thread should be in salt mine, because I have to say that, in my server (SA) the 5v5 is a sh1t.
And no, it is not because something SEMC did, I’m talking about the players.
Idk why but in 5v5, the players or teammates are more individual and separated from each other, someone calls for help and nobody comes to help you. Someone go alone in bot/top/middle knowing that the other teammates are spamming the ‘Be careful!’ message and they ignore it getting a gank.
Or the last one that happened in my last game, NOBODY GOES WITH DEFENSE!!! AND NOBODY GOES SUPPORT. I’m just sick about this behavior.
For me, they have never played a 5v5 MOBA and that’s why they’re so novices but, the ignorance they show in game is just… I can’t deal with it.
K, it’s too much, I want to know if the 5v5 in your server is like it is in SA.

ps: if this is a Salt Mine thread, move this please, I really don’t know if this is really a SaltMine or a Discussion thread.

It’s most likely similar to this everywhere right now, as there’s probably a hugeness influx of new players who are new to Vainglory, or even new to MOBAs in general.

Yes, Salt Mine. It feels like you’re getting some frustration off your chest more than you’re trying to solve a particular gameplay problem or give particular strategic advice. Try to use that as your guide for future posts… attempting to be productive, with suggestions? Good for main discussion subs. Light on suggestion or analysis? Salt Mine. Think of it as a complaint:suggestion ratio.

That said, give it a little bit. 5v5 is all the board right now as the matchmaker tries to figure out where people belong, and as a lot of new players flood in. A lot of them will have no 5v5 experience, and a good number of them probably have no MOBA experience either. Just be patient! This is a great time to experiment and figure out what works!

5v5 is fine. Especially when you play with good people. @Dachigenius @OtherGoodFriends

That feeling when all 5 teleport into enemy base with a sneaky cam. Backdoor of dreams.

So laggy…it can drop to 2000-3000ms when i played. Im afraid if this ping stil happen in the next update ranked match 5v5. Also why so many afk players.

I suggest looking for players (I prefer forumers tbh) in here or in the discord. Who are the forumers you are close to? Someone close you are comfortable to play with Voice Chat.

What I mean by close is close like you’ve been playing with them for a long time.

Overall my matches have been challenging but sometimes I do have some questionable team mates. If there’s anything I learned from 5v5 at least as of right now is that I’m not filling the support role unless I know the players on my team.

Right now the reality is 5 v 5 match maker is broken. You’ll be playing with new players or scrubs who never mastered 3v3.

In all my games I’ve yet to match with any players of POA or above.

someone calls for help and nobody comes to help you.

I know this feeling… This is exactly why I decided to stop trying to play lane and just instalock jungle. I make it my top priority to assist / gank a lane which is getting bullied and asks for help by the green ping.
It’s frustrating af to just constantly getting harassed in lane because of a 2v1 and you basically have to watch your turret die in front of you…

Update for 5v5 …
We should make SEMC auto ban Grumpjaw. No one can play him now. 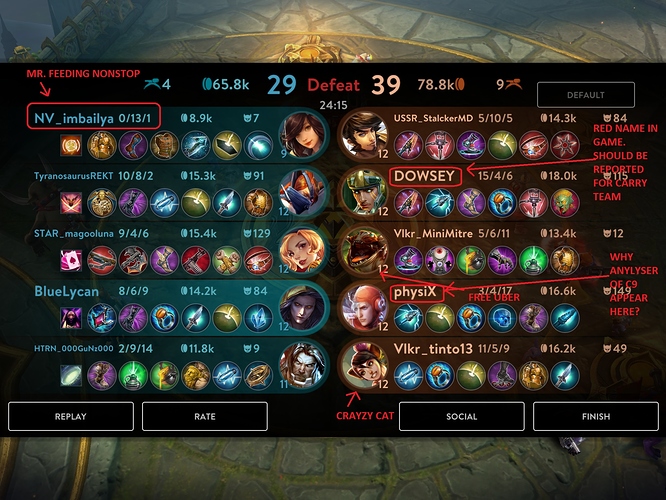 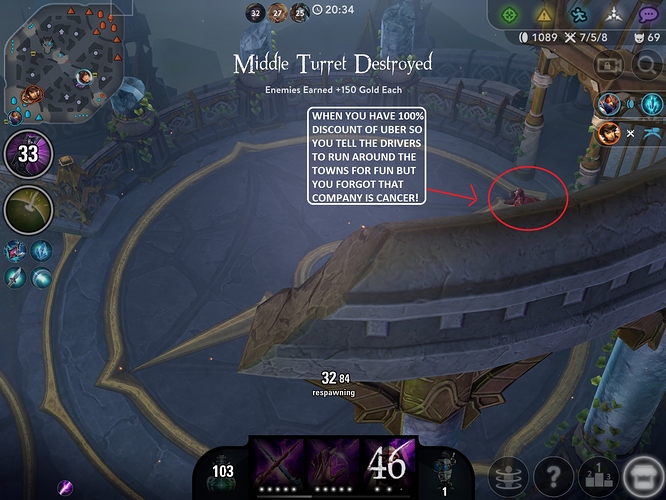 I lost my connection when I played with him.

SA…
Darl, I’m so sorry.
That’s like, the second most abandoned region.

Oh… Anyone else you could play with?

So many afks in just early game.
Bad pings.
All heroes walked like stutterstep.
Should press ability twice.