This thread was originally posted by @OneEyeOpen on the old forums and archived by @OneEyeOpen. I decided to repost this because there still isn’t a “Mastery” or “Veteran” reward system. Its still a debatable topic.

As players of Vainglory we are all judged off from the aspect of our own Visual Skill Tier. Greatness is defined to be a player with a high tier rank regardless of how long one has played the game. Though some long term players may not have the passion to care what their VST represents, many players in high tiers may be represented or reflected in the wrong circumstances. For example: a newer player could grind to POA or VG without actually understanding the true nature of the game; whereas a long term player could excel and fully represent the nature of the game and be stuck in mid to low tiers. This, in my opinion, is a full misinterpretation of the word “vainglory” itself.

You can argue that a player who has no passion to achieve eminence in VST doesn’t deserve to be recognized or acquire a “greatness” status at all, but a player alone who has overcome desire of virtue, is an achievement of greatness itself.

Therefore, I purpose a plan to give greatness to those players (new and old), where greatness is earned. This plan will detail the length of time a player has been battling on the Halcyon Fold, and give these players a symbol of “greatness” by reflecting the time one has played, by their wins acquired in ranked matches. 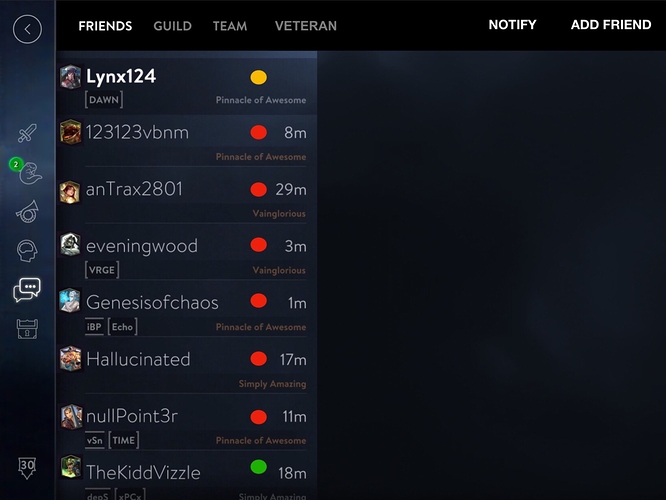 By giving a player an “avatar” next to their name, this will show the true respect of how long one has played. To show players your true understanding of the nature of the game.

I have upsized the friends list and added an “avatar” next to a players name. I also moved the NOTIFY and ADD FRIEND tabs to the top right of the screen. The online status is larger and moved to the right in order to fit the “avatars”. There is also a new VETERAN tab for a new window which is imaged below. 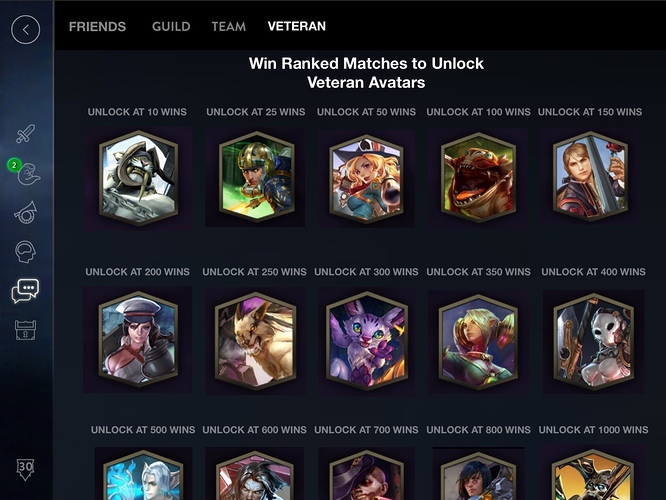 This is the VETERAN screen. You unlock “avatars” by winning ranked matches. You would be able to choose, if unlocked, which “avatar” you would want to represent yourself. Obviously is you wanted people to know your “Veteran” status, you would choose the higher unlocked level "avatar”. 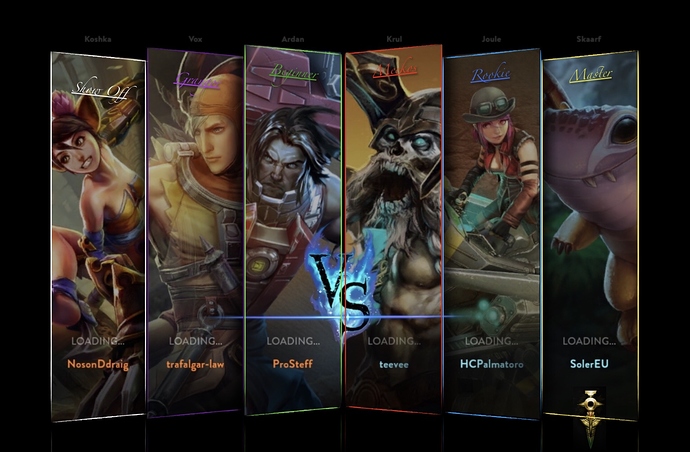 The amount of wins you have on each hero, reflects your mastery level on the hero load screen. You get a cool border with a rank title for that hero. 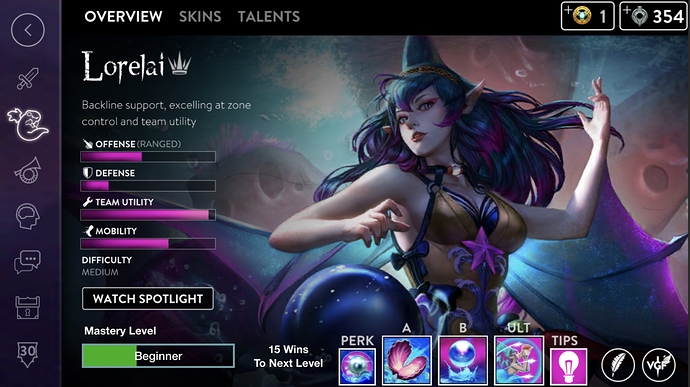 Mastery level would be located in the hero overview screen. It will show progress along with your Border color.

TL/DR
We all desire “vainglory” in one way or another. How we represent vainglory doesn’t reflect on how high our VST is. Give greatness to those players where greatness is due by giving a reflection of our time spent on this game. Above all else, you can achieve “vainglory” by winning or losing, it’s how you represent yourself respectfully that matters!