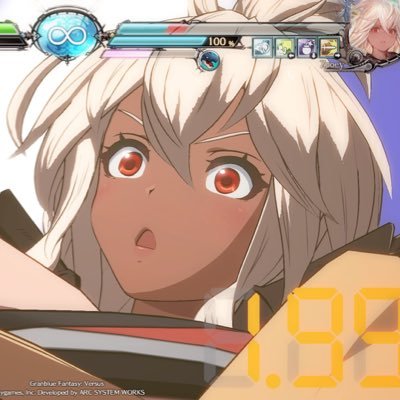 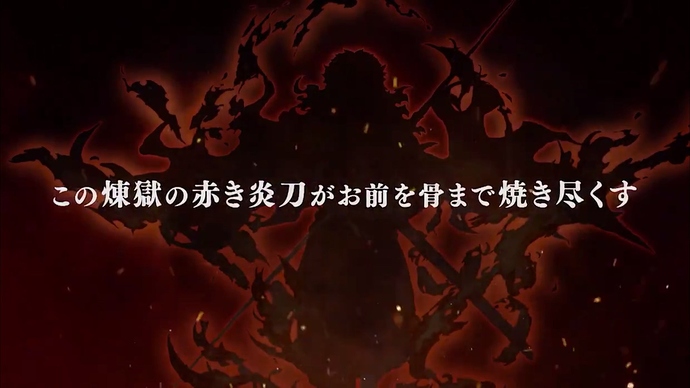 This collab came out of nowhere for me tbh. I honestly wouldn’t have expected a collab this big to be announced until Granblue Fes at the least. I’m rlly excited for this though! Between Fes (which I’m looking forward to for some info on Relink bc of how it looks so cool), this collab, the free New Year’s multis, and Yuel getting in VS, December already seems crazy for the game.

Demonslayer starts on 8th this month and Granblue Fes stream is on 12th and 13th. Also the current story event is pretty wholesome.

The art for the Demon Slayer characters look rlly good from the previews! I wonder what the event summon will be tho with how it seems that the collab characters will be Tanjiro/Zenitsu/Inosuke as a trio character like the Love Live ones and Rengoku.
I’m looking forward to the Fes stream. Outside of confirmations of the Xmas/New Year events like the free pulls, I’m hoping for some info on Relink finally, a trailer for Yuel in VS and possibly the next character reveal too, and some QoL updates.
I liked the new story too. It was pretty wholesome and the free SSR ticket in the drawbox in place of a event character/outfit was nice.
Also on another note, the free starter campaign weapons finally made me stop slacking on my magna grid grinds with how they gave everyone a solid M1 grid base for all the elements. Outside of maybe dark bc claws are way better than zaghnals, all I rlly need to do is get the last dupes for the magna summons so I can start working on the ULBs to finally have decent grids for every element.

The preview is up now im so hyped for it

I just looked at the preview and I’m even more hyped for it now. Shinobu being a 3rd collab character and Giyu being the summon are rlly nice surprises and I’m rlly happy about the free Kengo unlock the event gives bc I don’t want to do another CCW grind that much and getting one of water’s best classes without doing the grind on top of the usual collab rewards is cool.
I hope that the characters have good kits though so they could see at least some niche use. I’m a bit sad that Giyu seems kinda weak. I don’t think he’ll really be worth a summon slot when there are definitely better options and a fire damage cut isn’t really needed when Lily can do it more effectively.

Actually Giyu is really good due to him being a better SR water carcbuncle.

I finished the collab so far except for the FLB Giyu grind and thought it’s really cool! The collab characters being pretty good for F2P SSRs even with their flaws is pretty nice and their uncap arts are amazing! Even if the story sorta follows the usual “new collab characters show up, get confused, and help fight monsters” base, stuff like Zenitsu’s reaction faces being included, Inosuke botching names like usual, and Medusa’s interactions are nice.

Also, Lyria is now Lyrio to me now

I rlly like seeing Medusa in the story too, she’s pretty entertaining with the rest of the primal pals, especially Baal when she’s max tsun. She’s not really wrong about the iseakis though with all the collabs that happen lol

I was up really late last night to watch day 1 of the Fes stream and I don’t really regret it in the slightest. I didn’t really pay much attention to the first half that much bc it was just a recap of the year, but I got really invested in the stream once the new stuff started. Seeing the cosplayers was rlly cool and Belial was absolutely perfect lol. The gameshow part of the GBTV was pretty fun to watch as well to see how the cast interacted for everyone’s free stuff.
The new content announcements in it excited me a ton too. I think I’ll definitely get back more into Shadowverse when the next expansion is eternals themed to at least try for the Threo or Seofon skins. The demo for Relink changed my mind on it being a “I’ll get it down the line” game to a definite day 1 purchase if I have the money then. The game looks so cool with how they adapted everything really well for 3D and real-time combat. It’s a bit sad that it’s not gonna come out till 2022 and the most we’ll get out of it next year is a PV at most, but I don’t mind the long wait at all to make it the best it can be. This years Xmas alts look rlly nice as well (especially Tien) and Lily getting her Xmas alt in both GBF and Dragalia at the same time is pretty interesting. I’m rlly looking forward to the upcoming events tho. The last society events getting added to side stories is nice, the Friday player base event is cool, especially for the free stuff like R Viakala even if she’ll be useless, and the new Robomi event PV was really cool, especially with Zooey being part of it. The other stuff like UI updates, the rebalances, and 6* eternals are really cool too. Plus Anre getting leaked as the next GBVS character today by the overseas publisher like with Zooey is pretty funny. I would never really have expected them to pick him as an eternals rep over the way more popular ones like Seox or Tien, but he’s still a cool addition. I’m looking forward to the last 2 VS season 2 character reveals and I rlly believe that it’ll be Vira and Sandalphon bc they’re literally too popular not to put in, especially when Sandalphon makes too much sense bc of how the RPG mode story pretty much was a sequel to 000.
Overall, I thought day 1 of the stream was super hype and I’m rlly looking forward to messing up my sleep schedule again tonight to watch today’s steam lol. If the Relink update was just day 1 content, I rlly can’t wait to see what the main reveal stream holds today, especially Yuel’s VS trailer. Hopefully they might say something about the Dragalia stuff that was datamined.

Day 2 of Fes was rlly cool too! The extra freebies are nice as usual, especially that gold bar! I might stop slacking off on uncapping my Tien now bc I have the main resources to do it lol.
The new VS info was cool. Yuel looks super good in-game and Uno actually surprised me a fair bit with how he looked moveset wise. The battle pass is a confusing addition to me tho. It makes some sense why they would add one to keep the playerbase active, but it’s not exactly the biggest in the first place and I’m not that much of a fan of new cosmetics being locked behind it. Hopefully the paid version won’t be that expensive to tempt me into it.
The new additions to the main game were pretty surprising too. I wouldn’t have expected Filene to make it in the game. The new Sandalphon alt is super cool and AU versions of characters being a thing now is cool and finally can give us a chance for a playable Belial! The new zodiac’s design seems cool too. I’m pretty happy about the new raid changes. The reduced AP costs, bigger lobbies, and being able to deal damage after wiping out on non-HL fights are nice additions. The new login bonus is great as well to finally give a chance for the Xeno weapons and stuff outside of their minimal runs.
On a note related to the game itself, I sorta stopped slacking recently and made some decent progress. I finally built decent enough M1 grids for water, earth, and wind and I’m making good progress on my magna summons (I just got Tia to 4*)! I’m also working slowly on getting my Luci to FLB then ULB. I have been pretty lucky with recent summons too. I got Baotorda and Xmas Narmaya which I’m rlly happy about off free pulls and Diantha off the Fes SSR ticket!