So I reinstalled the game today after coming back from vacation.

Normally when VG was on auto quality settings I would have huge fps drops resembling lagging internet. I would have spikes up to 12k…

Now it was on auto with fog of war and several other good looking elements on instead of off and I was surprised!

No huge lagg spikes of any kind, some minor fps drops that hindered me for 0.5 seconds tops but that was it.

So the game feels less demanding on my device which is great.

On top of that I had a good game: 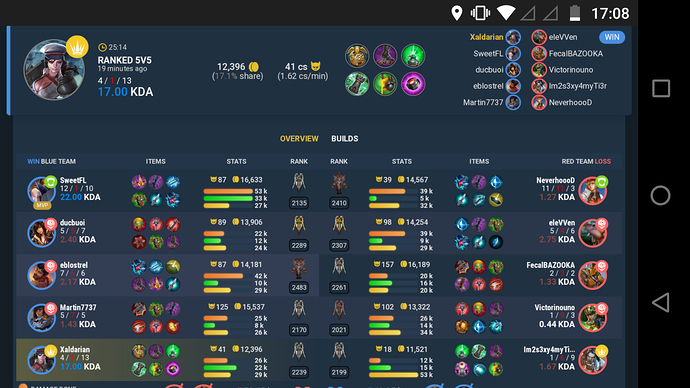 For me it’s been worse, with this new update I’m having a lot of lag.

and the only thing that’s happened is you took a vacation, maybe that rest your device had did some good?

It’s become buttery smooth for me too and I’m in NA. I don’t have rubber banding issues anymore unless I let my hero auto walk all the way up top lane.

Neh my device is the same. One day the game quality just went to hell and never returned to normal. It appears they found the issues now, the difference is enormous for my tablet.