Did I onebox this correctly?

They actually changed the target lock’s color to green. That’s something they havent done. And the barrage color is just mui buenito

Lyras new skin ingame looks like LoL quality. I have to praise the dev for that <3

But on the negative side, Alphas new skin isnt even metalic or golden… its a mustard yellow

Omg Im legit sorry, Forums doesnt really give me a notification when someone has posted something recently except when some one has a post that has been commented on

The Varya nerf also makes no sense to me either. She is currently the hero with the WORST early game. Even her late game is mediocre unless you have a 3 item lead. So RIP Varya now no one will want to play her but noobs.

Samuel’s considered one of the best mages in mid lane right now because of just how strong he is in the early game. He’s one of the few mages with self sustain and decent kiting potential. They probably want to tone down his early game so he’s not as oppressive.

Kinetic is fine I kinda wish they don’t make her a mobile turret like she was before.

Kensei did very much need a buff however he will be hard to balance since he’s a mobile tank killer that can still delete squishies. Hopefully the return basic attack damage to his first ability and ultimate.

San Feng is a bit of a low tier bully. I mean he can be dealt with by teams who know what they are doing.

Varya was not that weak, Idris early is worse, same with Vox. About Samuel, I think that what he needs is to revert the changes they introduced in his B, so no longer applies SF and FB.

Kensei: he is not a good tank killer, his bonus damage is not significant compared with the damage he deals against squishy targets in relation with their health. Kensei right now can beat almost every hero in late game in 1v1, but in teamfights he is nonexistent. His barrier was cut to half (or even more) so is only relevant in a 1v1 situation, which in 5v5 is really strange. He is easy to harass in earlygame, and doesn’t scale well into late game, so is not worth having him in not rather than other carries like Baron, Gwen or Kinetic, who are stronger in any stage of the game an scale far better than Kensei in lategame.

That will have been all my Varya abuse this patch. Oops.

But trust me she is pretty strong,

is destuction when done right. Not sure Samuel needed a nerf tho.

Most of the heroes they are changing I agree, but some like Varya and Kinetic doesn’t make any sense for me. Seems like they are making not good again, but this update they aren’t trying to bring bruisers apart from Rona

She was weaker than the other mages, what doesn’t make her weak at all.

I’m dissapointed that no one has posted a screenshot of the balance changes hinted by the video.

Makes it easy to talk about.

I don’t mind the changes except 2 things: 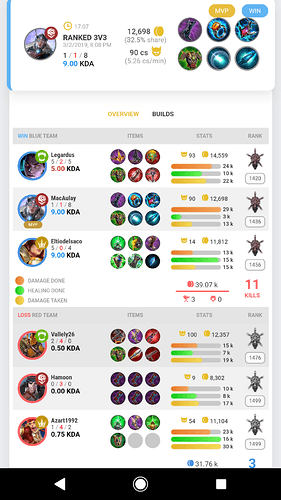 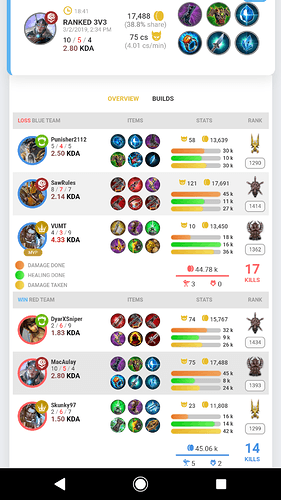 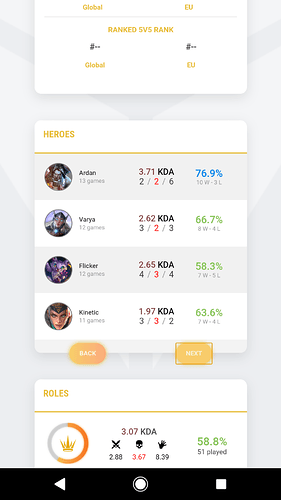 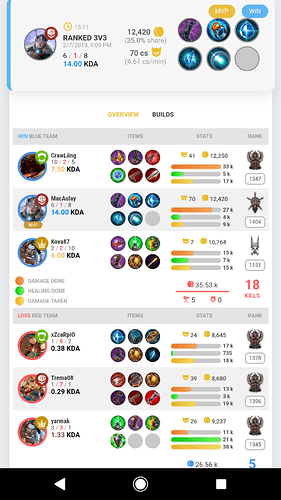 That’s my 3 ranked matches with Varya this patch, and then my overall winrate.

In higher elo she is not so strong, and in 3v3 is far from the meta

Also for anyone who wants to see Dark Siren Lorelai here it is. 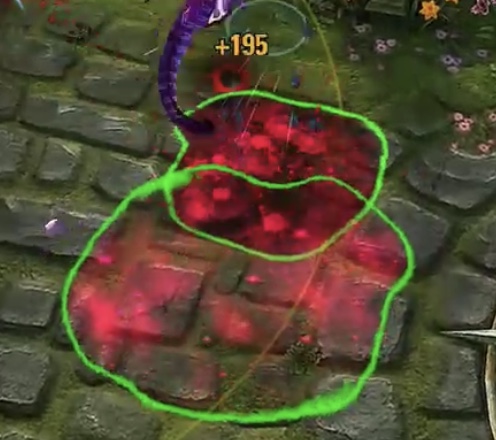 This can go easily to samuel, celeste, etc. Actually every hero can be destruction in the hands of l3on (for example). Varya was nerfed already and imho balanced right now if not slightly on the weaker side.

In t10 bronze/silver when I picked her few times I was named a troll in chat with a good reason. Varya is one of the weakest mid mages right now.

Edit: 5vs5, I don’t play currently 3vs3 and as you (should) know the balance changes are primary around 5vs5.

She is currently the hero with the WORST early game.

She doesnt have the weakest ealry Game from all heroes (for mages yes though).

Even her late game is mediocre unless you have a 3 item lead.

She has one if the strongest late game heroes… But require a different play style and its harder than the other mages.

Kensei did very much need a buff

I wasnt angry, its what i wanted.

San Feng is a bit of a low tier bully.

He is top meta, in fact, quite a few forumers here would argue he is op.

Yeah… Lets kill the only utility hero that needs some sort of skill. I would just revert the last buff, It wasnt needed.

Also for anyone who wants to see Dark Siren Lorelai here it is.

Reminds me a lot from the rose trail of LB BF.

Curious to see what you think about the changes @Sandiha no San Feng changes nor reza.

San Feng is a bit of a low tier bully. I mean he can be dealt with by teams who know what they are doing

As @Guest_78 said, he is top tier as top laner along with Grumpjaw

5vs5, I don’t play currently 3vs3 and as you (should) know the balance changes are primary around 5vs5.

True, I didn’t think about that. I haven’t played 5v5 in about 3 patches bar one match. I almost forget it exists sometimes. That could be the difference.

Also, no nerf to San Feng!

San Feng is a bit of a low tier bully. I mean he can be dealt with by teams who know what they are doing.

He is top meta, in fact, quite a few forumers here would argue he is op.

In my opinion he’s strong, definitely meta, but not OP. He’s probably one of the most balanced heroes in the game, because while his Abilities are strong, they’re all relatively easy to dodge. He may be a bit OP in a well coordinated team, because he does need multiple enemies to chunk him down. Generally I’ve just opted to ignore him until the rest of the enemy team is down though. But again, I’m speaking from a 3v3 point of view. A good nerf might be to give him energy, there’s literally no reason for him not to have any.