We had some very severe weather pass through Middle Tennessee early this morning: I was awakened by the rumble of thunder and checked my weather radar app (RadarScope – HIGHLY recommended, btw) to see this: 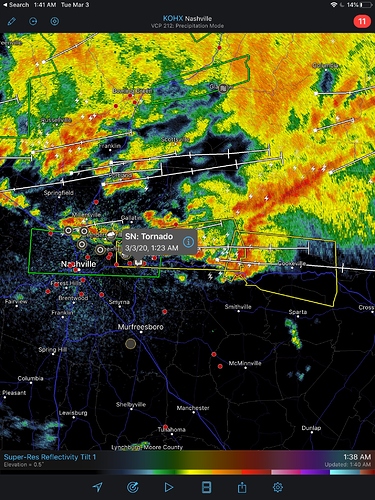 Just a couple of minutes later, the emergency alert tone sounded on my phone, followed almost immediately by the sound of the local warning sirens a couple of miles away:

I decided to go downstairs (I live in a 2-story house of typical wood-frame construction, so upstairs is not where I’d want to be with a tornado nearby), and I made a cup of coffee while I watched the radar closely. 30 seconds after my coffee was ready, the electricity went out for about 10 seconds, then flickered back on. The rain continued for a bit, but there was no hail or particularly high wind (I checked my backyard weather station as well). When the warning expired, I headed back up to bed, but thanks to the coffee, I wasn’t sleepy. I pulled up ForeFlight and discovered a NOTAM (Notice to Airmen) had been issued by the FAA closing John C. Tune Airport: 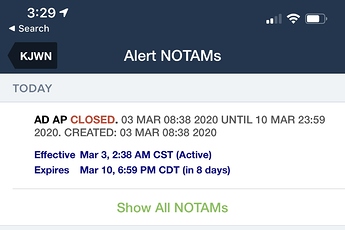 That got my attention, so I searched the news and Twitter and discovered to my horror and dismay that my little airport suffered major damage in the storm – apparently a tornado passed through Nashville, and it touched down at John Tune before moving off to the east towards downtown:

Man, it looks like John Tune Airport took a direct hit from the Nashville tornado.

A screenshot from the incident command center at John C. Tune (the Metropolitan Nashville Airport Authority activated its emergency action plan immediately, and emergency personnel were on scene extremely quickly) showing the extent of the damage reported so far – it looks absolutely devastating. The hangars marked as “collapsed” are the largest on the field, and many of them contain very large aircraft, including multi-million dollar business jets.

Still no reports of injuries, thank heaven. The report of the fuel tank explosion seems to be false, fortunately – the fuel farm is reported as having suffered no damage. 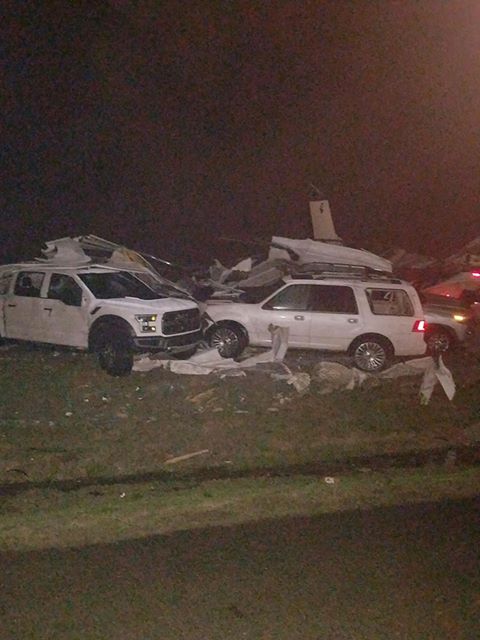 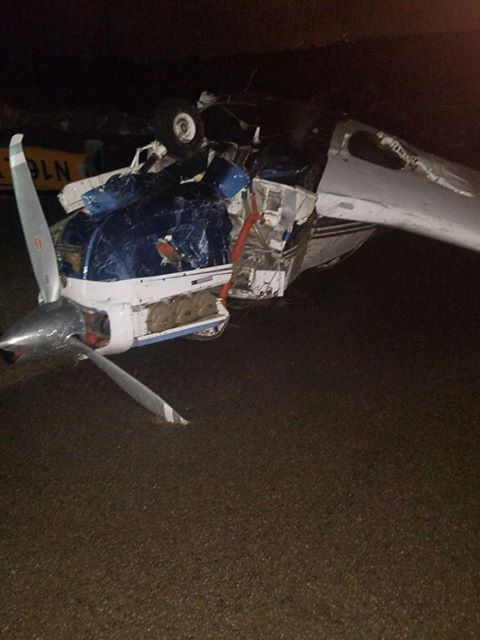 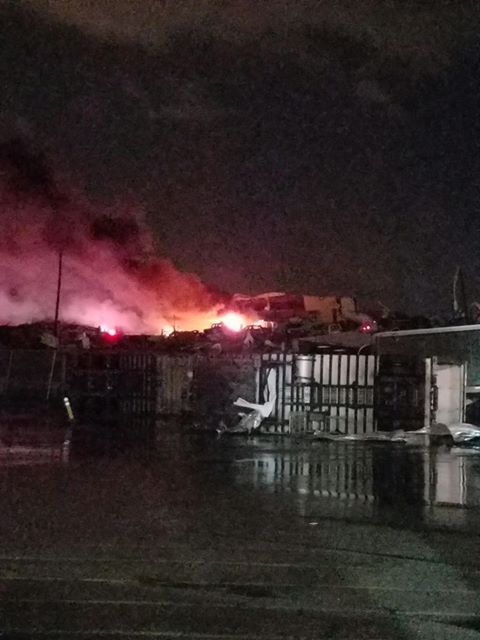 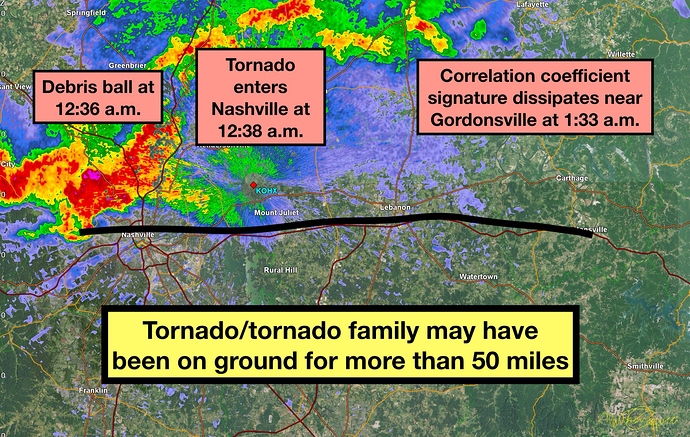 More from the Post’s coverage 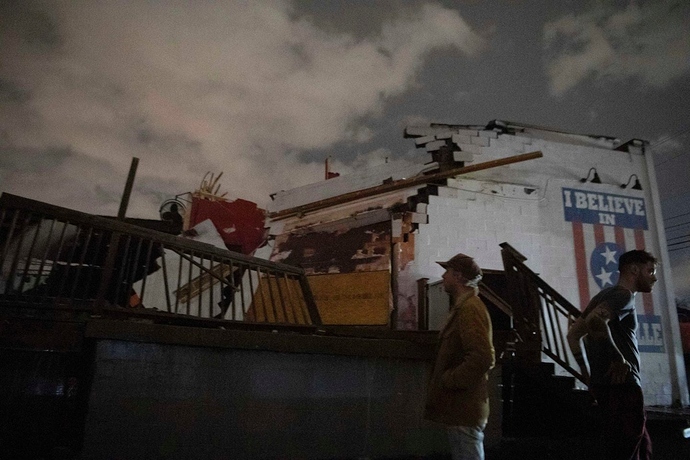 Tornadoes kill at least 7 people, leave tens of thousands without power in...

“Nashville is hurting, and our community has been devastated,” Nashville Mayor John Cooper said Tuesday. 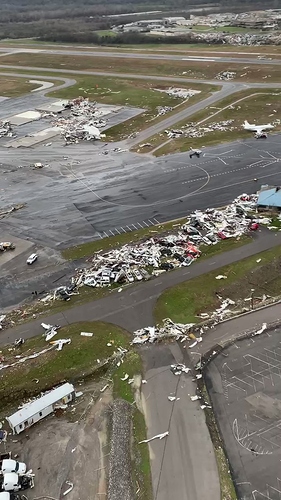 STORM DAMAGE: Cars piled up, hangars and airplanes destroyed at the John C. Tune airport. Officials estimate the damage to be in the millions. https://t.co/n5uMrp8dYX #NashvilleTornado https://t.co/09DBLIESok

The video (20 sec long) is absolutely heartbreaking … so many aircraft destroyed.

As bad as it is at my airport, no one was reported injured there. That’s not the case across Nashville and east of the city: 19 people are now confirmed to have died in the storm.

Just received word that N503RR did not make it through the storm.

EDIT: Just saw this photo on Twitter … what’s left of N503RR is in the center of the image: 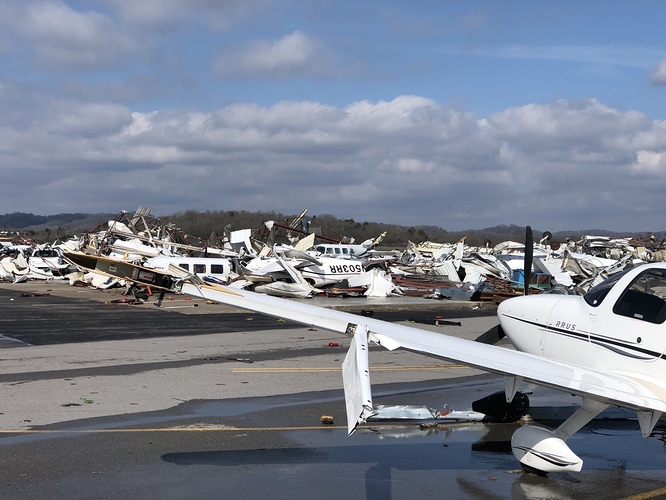 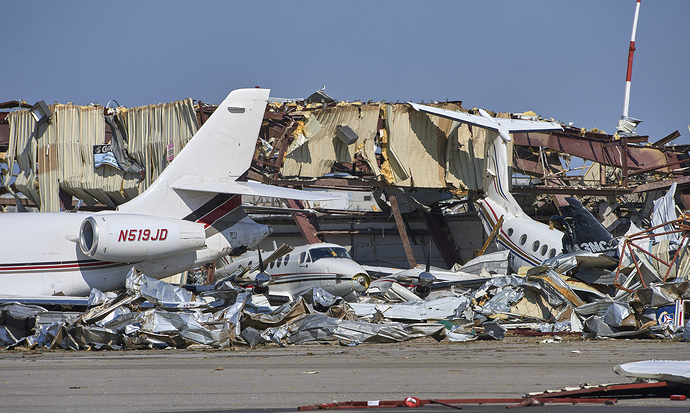 Powerful storms wreaked havoc on Nashville in the early morning of March 3, and John C. Tune Airport was particularly hard hit with buildings and aircraft destroyed.

More news and photos about the devastation at John Tune Airport, including some comments from Randy Harmon, the owner of the flight school and charter operation I fly with. Included in the article is a bittersweet picture of him and his wife taking delivery of N503RR in 2018.

Also: I received an email from Randy last night indicating that he planned to replace the lost aircraft and to resume operations. There’s no timetable as yet, obviously, but he indicated he was confident that he and his company would overcome this terrible event.

That much destruction… it hurts to watch it. I’m actually surprised nothing from this was said in the news here in Spain, or at least I haven’t seen it.
It could have been worse I guess, seven people died but despite them still being too many, it could have been way worse.

I hope the areas affected can recover from this as soon as possible.
Thanks for posting this, if it wasn’t for you I wouldn’t have known anything from this.

It was actually worse, I’m sorry to say: the death toll from the storm system is now 24, including 18 people who died within 10 miles of my house – there was a second tornado that touched down in my town (60 miles to the east of Nashville). It was just a couple of minutes from my house, and I never knew it.

I hope the areas affected can recover from this as soon as possible.

Cleanup is underway already, and the governor of Tennessee has officially declared the area a disaster, which quickly frees up a lot of funds for the recovery efforts.

Separately, the Metropolitan Nashville Airport Authority has already announced that John Tune Airport will be completely repaired. Estimates of damage to the airport are currently $93 million US. (Aircraft and vehicle losses are not included in that total.)

Thanks for posting this, if it wasn’t for you I wouldn’t have known anything from this.

You’re welcome. It’s affected me very personally, and it helps to share the information. I appreciate the kind words very much. 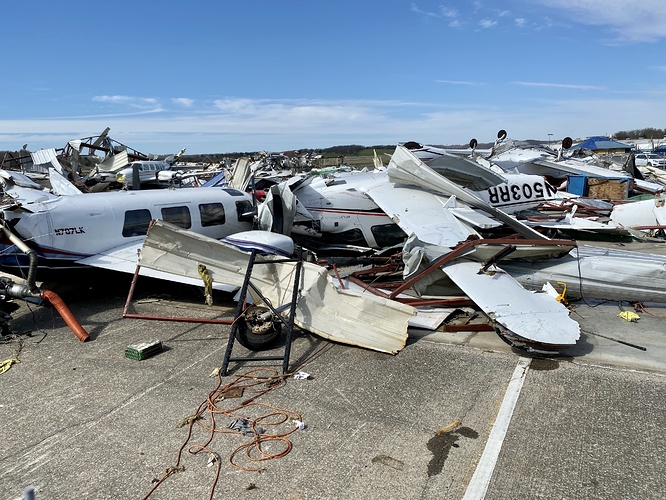 Ben Sanford, a member of the Cirrus Owners & Pilots Association, posted this closeup of N503RR on the COPA website last night. It makes me terribly sad, tbqh – not just because I loved that airplane, but because it’s a symbol of all the losses suffered and lives disrupted without warning in any natural disaster.

Glad you’re safe. That is a lot of devastation in such a short time.

Just arrived in West Nashville — the destruction caused by the tornado was visible along the way to the city, but it’s particularly horrific here at the airport. I’ll try to get some pictures shortly.

EDIT: Unable on the pics, but I’m headed out there again tomorrow. Will get some then.