I had some nice talks and discussions with @Glowarm and @SideRaiderr of late.

It was an overwhelming succes. It was disgusting.

I hate afks (especially in ranked) but I wasnt bothered this game.

Without further ado the game which we finished as a 4v5. 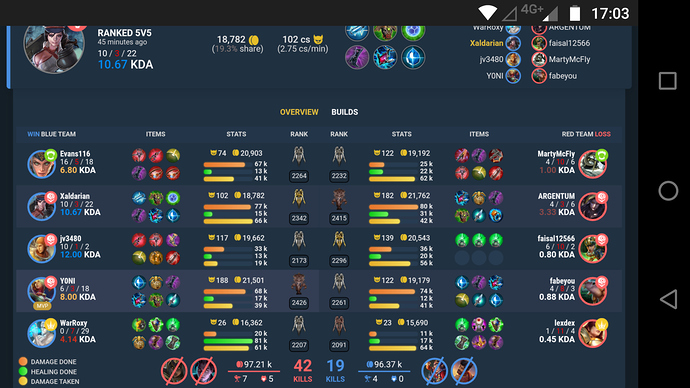 I had 107 Stacks on Catherine a personal best!
I had the gold to change items but I felt like this was perfect.

I had 107 Stacks on Catherine a personal best!

that’s pretty impressive considering you only had 2 CD items being 15% and 25%, not even hitting the CD maximum.

Look at that monstrous damage. I only bought that Shatterglass rather late 29 min mark so it wasn’t just that.

Between bubble SH and spellweave boots and my stun I could get away with almost anything.

I actually walked in 1v5 as frontliner and got a kill before backing off. I could 1v1 anyone.

Here is my build order: 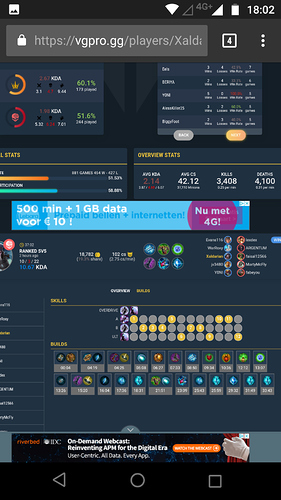 This sounds like my game plan for my next match! I love Cath …

Xaldarian, can you talk a bit more about the game itself? Who was your opponent in lane? Did you face a lot of pressure, or could you farm pretty safely? Do you think the enemy comp could’ve played differently to counter you?

I faced of against Idris ang Glaive both WP.
Early game I died once due to a 3 man gank from Glaive Idris and Grace where they nailed me just past the turret.

I opened with armour and aftershock. Opened with my A and overdrived B and C.

Rush AS and upgrade defense to stay alive. Stack stuns all game recklessly.

Our Adagio was amazing and let me tank while he healed me.

Enemy were good. This looked onesided but that was because I got back up while tanking.

Pulseweave on Cath is insane. Bubble limits incoming damage while Pw regens you and gives you an out.

I actually dived a defended turret. Defended by two enemies and I got away and killed the turret.

Use movement to move beyond Glaive do he can’t knock you back just forward, use A or boots for this.

You are immortal lategame!

I can’t think of a better item on her than this build.

You might wanna consider stormcrown first item just for the wave clear although her B wave clears on its own it’ll help you jungle clear without using your B and also gives you a little bit of CD and health. At times when you don’t need Spellfire pick up Rook’s because that item is so strong on heroes that can initiate/constantly proc it. Pick up atlas instead of shatterglass when you go against sustain heroes instead of burst heroes because it’ll be more effective but thats all I can think of for item changes and stuff. Pulseweave is a staple on literally any top lane melee. Its actually broken but not that broken except on the likes of Flicker (who you might want to try out top

THt damage is actually disgusting though.

I considered SC and left it out on purpose. I wanted B scaling and healing most of all.

SC though good on cath in most cases doesn’t do the job I want here.

I was both Tank and carry because of all of that crystal.

1.Aftershock gives me sustain and 1v1 potential (healing and damage)

2.Spellfire does nasty damage and mortal wounds to anyone dumb enough to hit me. My bubble will spread 3 mortal wounds per hit on me. My Ult all but guarantees a kill with spellfire. It procs too often not to take it.

3.Pulseweave is staple I agree get away deal damage and have regen (this needs a nerf)

4.SH gives me base armour and shield and a barrier when my bubble is down. I build my stacks on top of SH base defense to outperform both aegis and MJ.

5.Halcyon chargers for the cooldown and energy.

I would only consider Stormcrown if I want to forsake damage from B and C. Or desperately need mediocre damage for cooldown and bonus hp…

I have overdriven my B for 25% bonus damage! I want scalable damage.

Thanks for the name drop… I tend to build a SC for the wave clear, CD and health bump personally but your build seemed to work, that’s a sick amount of DMG. The large same stacks make her so damn tanky especially with a SH. N eve considered the pulse before tended to prefer Aegis but might give the build a try.

Ardan is also very viable top lane, providing a huge amount of utility late game, give it a try if you have the time.