Another in Riot’s periodic series looking at why they do things the way they do – and very interesting, as always: 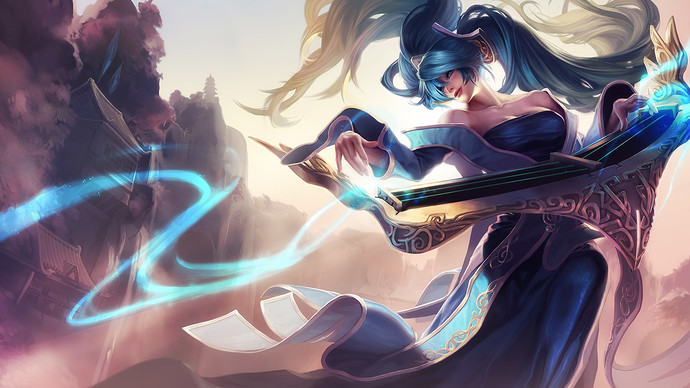 Clarity in League - League of Legends

Thinking about this article a bit more:

Some VG players are turned off by League’s art style, which I’ve heard called “cartoonish” – but the reason the art looks the way it does is explained well by this piece: it’s all about clarity – it’s vital that the player (especially in a game with a HUGE competitive/esports side) be able to tell instantly what’s going on in the game at any moment.

I absolutely do think that VG fell down in this regard at times: teamfights, in particular, were often hard to parse – and even harder in some locations on some maps.

Anyway, it’s an interesting aspect of game design, and I do recommend reading the brief article if you’ve ever wondered about such things.

Yeah, in 3vs3 it was not an issue, but in 5vs5 it totally was. I actually like league style + it really is with a good clarity. Wild rift is no exception, it’s good for a mobile game regarding what is happening/where is X enemy/X teammate and so on.

Finally got around to reading this, it’s interesting seeing what they have to consider when making designs aside making things visually clear and not too much visual clutter, like the whole making sure ability effects do convey their strength/range/aoe.

As for the point you brought up hazel and then chaoz touching on briefly, vg in general some characters definitely had abilities that weren’t too clear like what comes to mind is caths ult and adagios Ult, those can be hard to see in general. In terms of 3v3 effects clutter wasn’t much cuz it’s 6 people but there were still things that were unclear even with few people because the effects were dim or not as clear as they should be, in 5v5 this only got worse cuz more players.

Ive played both aov(Arena of Valor) and wild rift and honestly I haven’t had much problem with telling what’s what in teamfights like I did in vainglory. I know it’s cuz in those two they have what people say is a ‘cartoonish’ style and I always just thought it was the style they wanted to go for but after this article and thinking on it more it’s quite clear it’s helps quite a lot with clarity, things are bright, quite different from each other and despite it at times getting effects heavy you can tell what’s being used, what’s going on rather clearly in these two games.