You can check my match history. My username is TadashiN and I was playing 5v5 match… it was disaster. I knew we was gonna lose but we managed to win thanks to Samual and kensei. Grumpjae and glaive were useless.

But this user grumpjae was worst… in draft, he picked grumpjaw as top lane… i mean… grumpjaw? Then later swap with another user who was using glaive but the again… glaive for lane?
Anyways, I am sure this ain the build for grumpjaw. I am no grumpjaw expert either. I never played him but I am sure this isn’t how he is suppose to be build 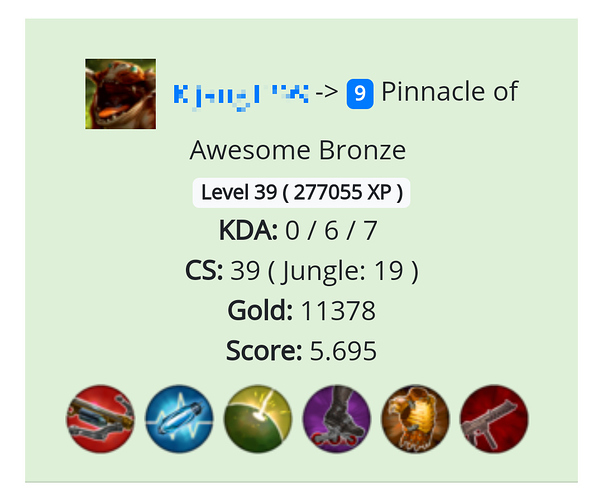 You make me chuckle, glaive and grumpjaw are just fine in top lane… in fact grump was meta in 3.2.

The build also seems totally standard to me, it’s a shock build based on dishing out huge burst DMG with his A (which had huge base DMG till it was nerfed) and procing both AS/TB at the same time. Personally I’d have ditched the attack speed for a SB but I guess given his crap farm and low kills meat he lacked gold!

build good, player bad (this game at least.)
low cs, with half of it coming from the jungle (seriously though? only 20 lane minions killed? that’s 4 waves. oof.
tensionshock is an amazing build, but you would have to snowball to keep your power.

As angery said, tensionshock is an amazing build, but if you don’t get 2-3 kills early on, you’re pretty much screwed, since grumpjaw doesn’t do all that well in late game team fights.
I would say he’s an early to late mid game hero, but after that he doesn’t really do significant damage if you fail to snowball.
I go TB SB BP/TM, sometimes TB AS BM, which works fine as well. 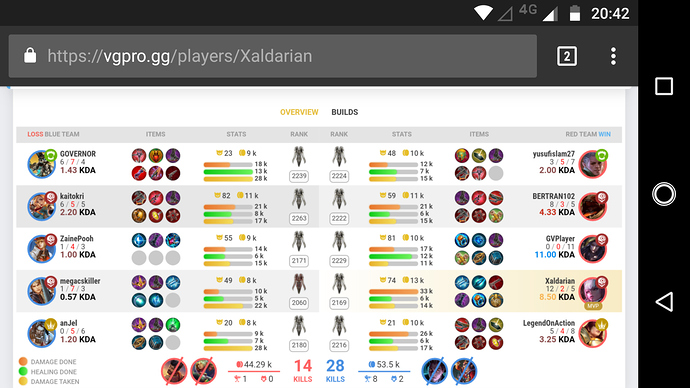 This was a good GJ on my team…

It is a standard build? Oh okay… i guess i was wrong… i never played grumpjaw. My bad.

Full wp… wow… i actually assumed this was the build for him but people here are saying this is also a fine build. Oh well haha

Tension shock turns let’s grump take out 3/4th a carry’s health in the early-mid game, falls off bad late game tho so you really have to push and abuse the burst.

AS TB was the meta build a few updates ago. He should have went for BM or SC after that not salvo as it does nothing but still not too bad. Problem is the hero is bad. His A deals no damage after nerfs.

AS TB is okay when you’re playing jungle Grumpjaw. It’s a gank heavy build with lots of burst that also helps you secure a lot of camps.

For top, Grumpjaw should probably go the Grace build which is SM BP tank.

I would even build TB AS SSw over SC…

it was built for farming and the cooldown, but 2 wp blades beat sgb, and if you want more cd, ssw is the way to go.

It gives CDR and HP besides the easier farming. Also very important thing about it is it’s cheap. When you’re top laner you can’t really go with the expensive items. On Cath for example would you build SSW over SC?

I have dropped SC entirely.
I build CW over SC…

AS CW Fountain Crucible Wartreads/Halcyon Chargers with one item to spare probably more defense or in my case vision. 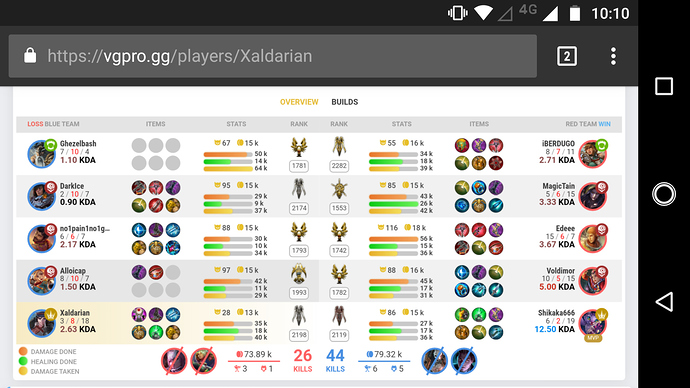 i’d go AS thank you.

yes it’s cheap but it doesn’t help you in the lategame. if you sell it, you waste gold unless you sold it when youre fullbuild with money to spare.

You weren’t top… Also I do sell it for CW when it’s only team fights.

I didn’t say it is changing AS in your build… I said SSW isn’t better.

My response was about SC on cath.