slight_smile:) and I was combing through the lore to try and think what kind of powers they might have if they were ever release and there is lots of good stuff especially frankie who has teleportation time travel and mad engineering skills… so similar to that thread that was made earlier about remaking hero kits based of their character I want to see some suggestions for kits in this thread

I think that the corpus kit would suck if in current play ;p

I’ll design a hero for you wait in anticipation please

Heroic Perk:Engineering Genius
Frankie can repair turrets, at 1HP per second (for the turret) this can only happen when the turret has not been attacked in the last 15 seconds. If the turret takes damage, or Frankie moves/attacks/takes damage, then Frankie automatically stops fixing the turret, and Engineering Genius goes on cooldown (15 seconds).
Instead of energy, Frankie’s abilities cost metal. Metal does not regenerate, and cannot be obtained through Treants. However, visiting a Shop will restore his metal to full. Frankie can also collect metal by harvesting scrap parts from destroyed turrets, Mini-Turrets, and his Assault Bot.

B:Replenishing Parcel
Frankie drops a parcel, which replenishes 25% of the reciever’s Health, Energy, and gives a shield equal to 10% of the targets Max Health. Beware: both allies and enemies can take this parcel. Parcels have a vision radius around them, and also reveal the enemy that’s takes them.

Man, I have WAYYYY too much spare time on my hands. Inspired by Heimerdinger from LoL and the Engineer from Team Fortress 2.

I have thought about a kit for Corpus, since he is a dead goat and he always hate Kestrel by killing him

Perk: Julia’s Hatred: each time he kills something, he will gain back health depends on their max hp. Gain more health if he kill/assist killing hero.

A: something about sacrificing health to deal area damage and fortified allies. 50% of that fortified will regen as health while 50% of it will be removed each seconds for 4 secs. If fortified hero was attacked, the health reduced area will be reduced first.

B: haven’t think about this yet, finding some Julia Themes for it.

Bard’s song -A
Target hero within 5 spaces is stunned for 1.2 sec +%CR

A ability: Sphere Spell
Amie shoots out 5 blue spheres that track the target. They can be body blocked. Each subsequent sphere that hits an enemy deals increased damage and gives Amie’s next basic attack more damage as well as a health barrier.

B ability: Cat’s Cradle Spell
Amie has 4 seconds to target as many things as she can with increased range basic attacks that do not do damage. After this period of time everyone connected randomly swap spots and get hurt and rooted. The root duration and damage increase for the amount of enemies in connected.

Ult: Phoenix Spell
Amie summons her phoenix that deals damage in a large area. Any enemy heroes hit get attacked by a phoenix which deals increasing damage over time which increases more for the damage being dealt to other enemy heroes.
Passive: Phoenix Rebirth
Amie gets a phoenix to follow her upon unlocking this ability that heals her in a magic flame if 3 or more enemies get hurt by any of her abilities.

If you read closely, you’d know that each upgrade to the ability increases the amount of turrets he can have… making the max # of turrets 5. It’s not op, really. The assault bot is like a downgraded alpha, and Frankie’s entire kit is to either be a roam and have super-tanky robots, or go cp and have a crap-ton damage that’s spammable.

That’s not the Frankie I want

Frankie in my mind is a person who like to upgrade things and having ability to travel back time.

I would like his kit to be something like: upgrade items heroes have, or at least upgrade their stats, adding special effect to their basic attack/abilities, creating machine to aid them. And most of all: 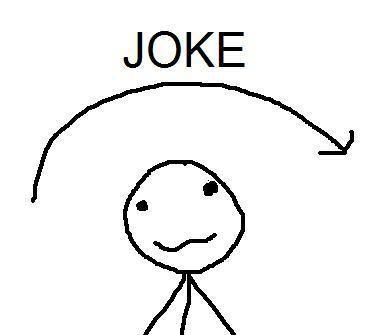 I’m going to do malene as well because …uuuh
I don’t need to explain myself to the likes of you D:<

Perk: Lingering Curse
Malene falls asleep for 1.5 seconds every minute. If she wakes up by herself she heals for 10%-30% of her max health. If she is woken up by other means then she becomes empowered gaining movespeed, increased basic attack speed, crystal ration on basic attacks and lower ability cooldowns for 3 seconds. These effects can happen even if someone else put her to sleep.

A ability: Mirror Cause
Malene forces her sleep and her mirror hovers above her, majestically. It remeber what caused this and orange thorns spill out dealing area damage and rooting enmies caught in the initial blast. Walking over them damage every second and slows.
Passive: Malene gets % damage reduction while she is sleeping.

B ability: Absolutely Stunning, Darling!
Malene flicks her hair, slowing enemies around her and dealing damage. Reactivate it and the mirror catches the light on her hair, stunning enemy heroes that were in the area and dealing extra damage.
Passive: Malene cannot be affected by any other forms of cc while asleep.

Ult: Reflection on Actions
Malene channels and her mirror positions itself infront of her in the chosen direction. Any skillshots that hit it bounce back and become allied to Malene’s team. Anything that hurts her from that direction instead hurts the enemy for 40-70-100% of the damage and applies the cc to them (for the complete duration and strength).
Passive: While sleeping he damage that got reduced and the cc that didn’t effect her get applied to whoever would of done it to her.

Uuuuh what do you think @teajcof

If you mean that they jump on her allies when she is sleeping I think that would be her one weakness. But i wanted her to be self reliant and a master of 1v1.in the story she organised her own kidnapping showing that she can be independent. If falling asleep is a problem you can just time your team fights right because you fall asleep exactly 1 minute after the last time you fall asleep

Heroic Perk - Protect the Princess!
Malene automatically links with the highest health ally within 10 units around him. 20% of the damage Malene takes is converted to his ally (resistances calculated separately).

C - Royalty coming through!
Malene stands still and fires a continuous (forward) barrage of energy that deals damage massive damage. This barrage deals bonus damage to enemies based on distance and the speed of the projectile. The projectiles also knock back based on how close you are to Malene. After this, Malene self inflicts sleep (not blockable) for 2.5 seconds.

Perk - Halcyon Tangle:
Whenever Amie hits an enemy with an ability, she reduces that targets shield by 2%. This stacks up to 10 times. Once the target reaches 10 stacks, the target receives another bonus 10% CP damage.

B - Cats Cradle:
Passively, Amie gains charges over time, up to a maximum of 5. When she activates this ability, she fires bolts of magical energy in a direction, with a curved trajectory. Thre curve direction alternates between right and left for every shot fires. The number of shots fired is based on the number of charges. These shots collide and stop at minions. Using this ability consumes one charge, and using it interrupts any charges that were in the process of being gained, resetting the timer. Each shot deals CP damage (30-50-70-90-110 + 30% CP Ratio).
Charge recovery speed: 2-1.9-1.8-1.7-1.5
Cooldown: 0.2

maybe could reduce for 1 second? or she coulduse her a outside of enemy vision so they have no idea…