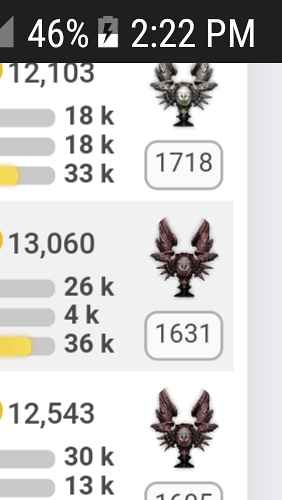 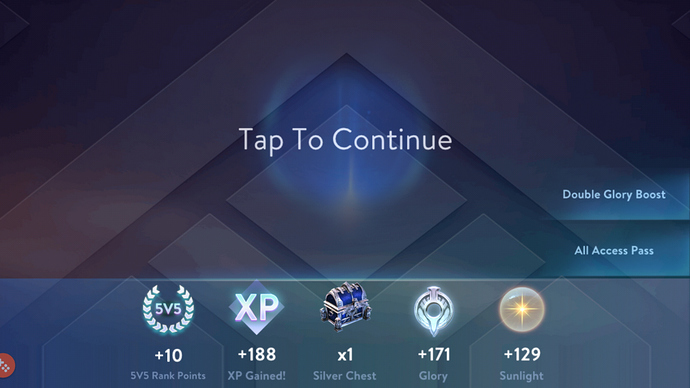 i made a thread before about my lost match double points taken , i still think its a server thing but some people say its a connection thing , the moment you end a match the server start give you points or take points so it sometimes do it and somehow it do it again because it counts the first one as cancelled , so you gain/lose double points .

I mean i just got 10, 12 and 12 in my last 3 games there is no way i gain that little in hotness silver i get more elo in poa gold

well i was stuck in hotness and credible threat
and i used to get 12 and 13 for winning and minus 18 and 20 for losing
ill be honest with you and say i have no idea how the matchmaker works , i think it punish low and mid tiers and reward high tiers , because i remember my elo gain increased in poa.

It’s either bugged or SEMC is creating “checkpoints.” I say checkpoints mostly because of the ELO gain and how it normalizes after t7. It might result in more higher skilled players for the higher tiers but in all honesty its too late for that lol. Once you make it to t8 report back about your ELO gains I guess.

On a side note:
ELO is really a visual number now with no indication of skill. It punishes people for losing against an enemy team that has a lower rank than you when you had people that were either the same or a lower rank than them. It’s so much more individual than group based. And if you win against people who have a lower rank than you and you had low ranks on your side you get a small amount of ELO. Basically punishes you for being the highest tier in the game and rewards you for being a low tier. Best part is that the game doesn’t have ranked rewards LOL so no point in playing.

Best part is that the game doesn’t have ranked rewards LOL so no point in playing.

mysterious kestrel skin ? , they are focusing on low tiers climbing , but the higher tiers reward going to come anyway probably next updates , and i think its probably going to be a name color , golden name .

Its a recolor and I don’t even want a low quality skin. I need something to be able to work with/save up for something that I do/may want in the future. When a new player is trying to get to Top 100 in their server it may feel satisfying. But as a player who has reached Top 30 and had a terrible losing streak due to boosted players and knowing that I can’t carry a game from top lane (2v1 specialty) its just funny. People take bot lane from me and im like ok I like top lane too but when they can’t carry and manage to lose lane its just a waste of my time because its not like I’m learning anything that will better improve my play. The only thing good about being in Top 100 is that you can point and say “yeah that guy is boosted if you’re on his team be sure to run down mid because you aren’t gonna win anyways” and “that player is gonna AFK because a streamer is on the enemy side” and “that player only plays in parties but whenever I catch them solo I’m happy I get my free ELO.”