Does the new Battle Pass feel empty? SEMC said that there would be more in this season’s Battle Pass, yet somehow I can’t shake the feeling that there is actually less. I’m almost certain that there is less essence, which I don’t need, though I was hoping to hit 100k soon. Also notable is the complete lack of materials chest, though I can’t say that I miss those either, as I purposely haven’t equipped a single hat since their introduction. The blueprints are a nice touch, but I’m hoping that they’re for unowned skins, otherwise they’re also dead weight. Either way, the levels seem kind of empty.

This is my first time getting a battle pass in any game so I am willing to keep an eye open and see how it plays out over the season.

I just finished downloading the new patch. As long as it gives you enough ice to re-purchase the next season’s battle pass, I am happy. The last one did that for me. Best $2.99 I spent on a game. I can keep re-purchasing battle passes with it. I love the new UI home screen and I’ll take a new skin for a new hero at level 1. I’m glad they kept the 7-day sunlight boost to start as well. So far so good for Battle Pass from my perspective.

How much sunlight did it take to get to level 1 last time? I have240 sunlight after 2 games but last time I was level3 after 1 game I am pretty sure. @Orikson I think you would know this uwu

Yeah it seems like leveling it is taking a little longer this time. Or maybe it scales as the season goes on? I don’t know.

Would be really low to bump the difficulty for level 100 without telling. I was also level 3 first game previous season. 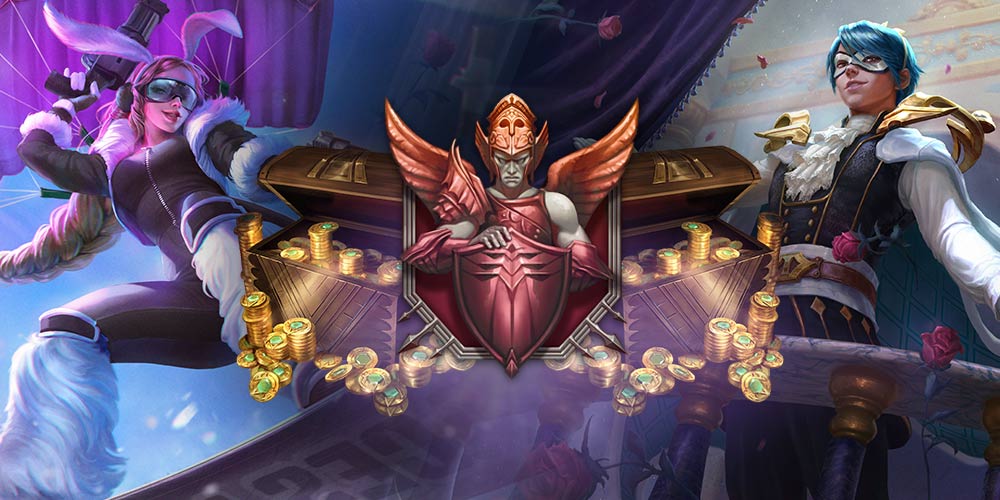 For one thing, I am not sure I agree that the BP is garbage, and for another, your summary is woefully incomplete. There are numerous ways to earn bonus sunlight now, and they’re available to everyone, not just people who own certain skins.

I feel like it was still rewarding as if I was level 100. After my last few blitz games, my sunlight progress dramatically spiked. Still level 1, but it was a huge spike. Perhaps it has reset. I haven’t read the BP notes or article, so what I am saying would contradict what you’ve posted regarding 1000 for all levels, which would be bogus.

Didn’t mean it to be a summary, that’s why I posted the article so people can read it by themselves and hold their own opinion.

As for me, BP is bad. Nothing interesting for me to get, just random chests, keys (and it looks like it’s less than last one) and hero unlock I already own, blueprints which I am sure will be trash duplicates and the Gwen skin which is pretty meh when you already own the Red Lantern one, even the Gangster Gwen (which is one of the best rare skins) looks better than diamond Gwen.

BP UPDATE 2: It did not reset. Must just not have checked. 100 Sunlight gave about 1/10th of level 1. That is a bit of a bummer. How can I best contact SEMC? I’m not going to throw a fit or stop playing the game, but dang, 1250 ice for a slooooow grind.

I’m not going to throw a fit or stop playing the game, but dang, 1250 ice for a slooooow grind.

You have three months.
I grinded the BP from last patch under one of the three months (Two and a half weeks, Ive shown my progress here on the forums too) given and that was a FATAL mistake.

I sheded blood sweat and tears in blitz for the sunlight to only find out that they were going to do sunlight events that gave alot of free levels away. Ripproni

last season, i learned that getting to lv100 was easy, especially in last 30days…

Firstly you had battlepass - a lot of more sunlight from all the sources. Second - blitz, I reached level 81 with 2h every single day. That leads to 3rd - iirc you played a lot more than 2h every day, didn’t you?

This time it will be a lot harder. They bumped the needed sunlight A FEW TIMES PREVIOUS AMOUNT, not just double! Second they removed the sunlight bonuses from given heroes. Third they made blitz sunlight less to compensate for it’s short duration. All depends on the stated events and how much sunlight they will give, simple as that. They can either make it super easy to reach level 100, or super hard. Me that played all the events previous season, without battlepass, only 5vs5 (few games on other modes, but just a tad) and 2h every day or sometimes even more - well, I reached level 81.

I should talk only by my experience as we all should. NEVER I had a problems reaching max level till the last season and surely this one. They can easily tweak the ratio of what they give and the much higher needed sunlight to reach max level. It’s super easy to calculate it too in all scenarios (time played each day, events or not, having battlepass or not, etc). So they have a pretty good idea what they wan’t to achieve and surely it’s not that the dedicated player reaches level 100 without spending some. I didn’t previous season and I am dedicated player with every day play and even for 2h that is A LOT for a 32 years old with job, sharing home with a girl and so on.

Edit: also forgot to mention that I received overall 1/6 of the “end season” rewards from the previous previous season as they put all the rewards in the “freepass” and ofc most good ones was at the end + even if all collected they were A LOT worse than end season of sprint.

I’ll probably buy battle pass later in the season, depending what level I get to. If I feel I’m high enough for the rewards to be worth it, I’ll buy it. otherwise I won’t. That’s what I was gonna do last season, and what I did the season before.

The thing is, a lot of the sunlight earning is via the battlepass. So you will be a lot lower in levels in lets say a month via if you “own” the battle pass.

True, I hadn’t thought about it that way…

I don’t get to play a ton typically but on the weekends I can ramp it up. My goal is there are 90 days in 3 months, a little more than a level a day will get me to 100 by the end. Between the free chests, bonuses and playing it should be attainable.

So far, my issue is that they’ve forced grinding to be impossible. If they have plans to hold sunlight events, then we should have a rough outline of how much sunlight we can expect to earn throughout the season. To take it completely out of our hands by doubling the sunlight required, claim that the intention is to reduce grinding, but not give us any hints as to what the future holds in store baffles me.