I want to talk about two things in this topic here, mainly 3v3.(Which isn’t very good, especially with the MM)
Saw is always a hero I’ve seen mainly as a troll pick. This is because he is a big choice for noobs(new players) to use. I started doing some 3v3 games(ranked) with my bro, did 3v3 because we will have one idiot on our team instead of 3. No jokes, the first two games the other guy instalocked Saw. This is probably one of the reasons why I dislike him. (I won’t post these ones due to laziness. You can check on an api site if you care enough)
The first game, the Saw had pretty poor gameplay. He played through the first jungle rotation before going to the lane, rip some of my gold.(I was playing Adagio,support) Basically, he got carried by us. It turns out his 5v5 rank is VG bronze and his 3v3 is 6. (I was at 5 silver at the time) The second game, the saw was actually good though and we tore through the enemy team. Both times the enemy team used fortress as support, is he supposed to be good this update?
The next ranked game we did was my failed attempt at using Anka. Turns out I can’t play her very well, that loss was basically my fault.

The one after that, the guy instalocks krul in. We decided to just joke on this match and he goes CP Vox, I go WP Saw. We both go lane. The enemy team’s support is fortress(Why again?? Doesn’t seem very good, maybe in 5v5) They have a SilverNail and Anka, both went CP(Ouch) My bro’s rank is 4 silver, and was matched with the SilverNail(who was also rank 4 silver, in a party with someone. But this guy was clearly not very good at the game)
My bro is actually pretty good at the game, but doesn’t play that much. So vg matching that up was sad. 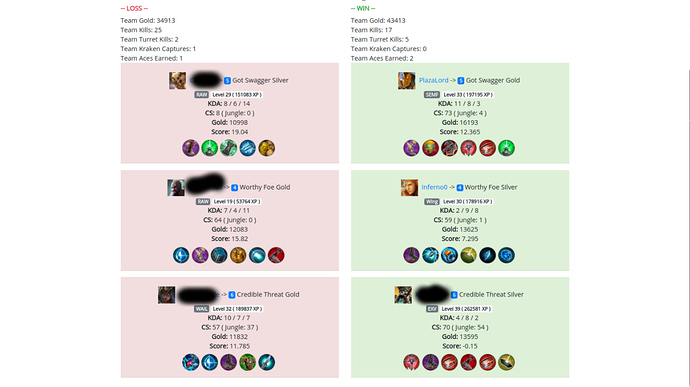 Anyways, we just both pushed lane and they had a very hard time. We really should not have won with that lineup though. We won the match, and It lead me to question something. Can Saw actually be viable in 3v3? Maybe the reason I hate him so much is because people who I play with suck at him. He is awfully fun to use in any case. 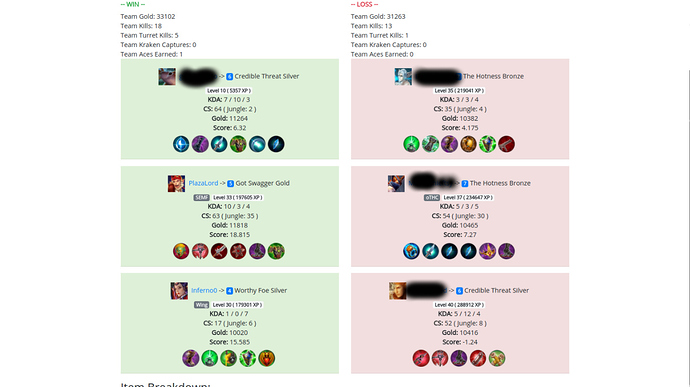 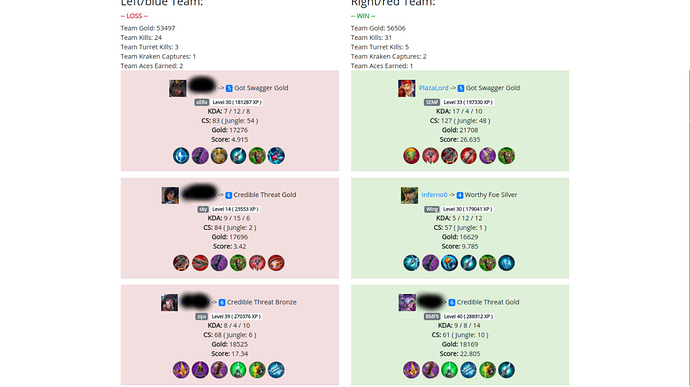 This worked very well for me. In the one with vox and taka I could easy 3v1. In the other one, I could still pull it off with a little ambush. Ozo’s A will give crazy burst heal and damage, it is devastating early and late game. His B will chase, you get speed boost after 2 jumps, and his Ult is a Stun with a fairly good cooldown. I used ozo’s B to chase the Baron using his B to try to run away. It was lots of fun playing with him too. At least in 3v3, this a good build?

In all the games we did, I reached rank 6 in 3v3, so I get the kestrel skin. We were just playing for fun, and I have a much better time playing when we play together. But you’d think you would get better players on your team because you are doing ranked games right? Nope. I though the Skaarf was a new player, the way he played. Always going into the enemy team, not sticking with us. Cmon

TL;DR: This ran very long, basically: Can Saw actually be good, at least in 3v3?
WP Ozo in 3v3: I was busting people with him, what do you think?

A laner who walks along the first jungle rotation to hit lvl two is normal decent meta. The support should scout the treant while jungler and laner clear jungle.

The saw was right to do so, you were the one in the wrong spot there.

I usually just take the jungler and we go to the center.(When playing support) Right or not, it was out of context for what were doing that game.
Though I guess that was a bad example, but that first game Saw wasn’t very good. I got more kills than him that game. He was wandering off sometimes and I don’t know any good way to play Saw, but if you are feeding the team by constantly getting ambushed then there must be something wrong.

Good to know someone read half my topic.

Saw can be really good but if he is wp you as Adagio should be near him instead of the jungler.

Saw: no he isn’t, at least no against a team that knows what they are doing. Also, he will fall against the all powerful hero in 3v3: CP Vox.

Ozo: haven’t got problems fighting him. Phin, lance, CW, Catherine… all counter him and allows their carry for easy kitting.

Saw is definitely stronger in 3vs3 than he is in 5vs5, since he is mostly dealing damage to a single target. The way to get rid of him is usually to burst him down, and in 5vs5 there is a lot more CC and raw damage flying around.

Fortress is really not the ideal Roam to play into Saw, as he has no CC whatsoever. With the massive damage nerf this patch, his engages became less scary, too. That would explain why the other team had a difficult time.

Yeah that’s true, Saw needs to be watched over. That was something I didn’t bother to do at the time.

In one of the games I did there was a cath and she did make it a lot harder than it should have been to win. Would a good support on your team make it a more likely possibility?

well it could be the duoq with your bro what made you win the games not the skills or op heroes!
because you are in got swagger and he is worthy foe , like you just need to build right and fight together and you win everysingle game .

SAW is weak , the only way for him to win is by feeding him kills , like saw stay in lane an poke and wants you to poke back , but what you should do is just stay behind turret and farm unless you have a mage or outrange him then you can poke , but the right thing to do is avoid fighting him , and give him the first turret if you close to die , its not worth fighting him and dying , you going to lose the first turret anyway .

for wp ozo , he can destroy people in low tiers because they dont buy atlas and poisonshiv , like thats why saw strong , nobody buy atlas there , you can buy double tornado trigger and destroy people left and right and nobody going to counter build .

Yes, but still, if the enemy is just as good you are pretty much dead. Wait, as ozo or saw? That’s for saw, with ozo is different because those roams I listed completely shut down ozo.

For using ozo he needs to fight a team with no CC at all, which is pretty hard, also Mortal Wounds destroy him, meaning that his win conditions are almost impossible to get, and even then some heroes play better in those scenarios.

Yeah I think the duoq was the main reason we were destroying people. He’s at a low rank but is actually pretty good at the game, and we sorta just tore through a lot of the games, because most people suck. (Idk why they have people start at rank 4, it has always been an issue)

And yes there was little counter building.

One of the games I did with Ozo there was a cath. I guess they were just bad players, it is in low tiers.

Here in high tiers if you face one of those, specially lance, you are dead no matter what.

I remember a Korean guy instalocking ozo and calling himself best ozo in the world , he was tier 10 , he was picking ozo even after enemy already picked lance and krul , and he was winning , but that’s before introducing spell fire , I think if he plays ozo now he is going to lose , but I don’t see him streaming now he probably quit or something .

One of his craziest builds was first item echo , I think he builds echo against cc heavy teams , I don’t remember !

About the first rotation. You’re not supposed to go with your jungler unless you’re Churnwalker and you’re not supposed to start with elder treant. This is typically low tiers meta which is pretty flawed if facing a good team. The reason for this is enemy roam should be there so there’s a chance for losing the treant even though all of you are there which screws you additionally. If you get it you rotate back to your jungle. In the meantime enemy laner and jungler have gotten backs and 2 healers and they know your rotation so they just invade and catch you while you’re doing backs. This is really really bad because you’re all still lvl 1 while they’re lvl 2 and have the element of surprise. This almost guarantees first blood (probably second as well) but even if you manage to survive you’ll lose your backs and first heal. The elder treant is just not worth losing your entire early game over. Now some things can pull this off. If you have comp with really fast clear against bad clear one you can do this a bit safer but still if you do the standard rotation you’d still have an advantage with faster clear so it’s just not worth it.

The treat gives around 100 gold. In the games I play, people always have a little rumble at the start and the basically says if you are going to win the game or not.
Pretty much snowballs.
But if one guy goes for the treant, the other doesn’t, they just get an advantage? Or are you saying that they clear jungle too slow and the team that didn’t get the treant will go ambush? I’m a little confused here, sorry.

But yes people do it in about every one of my games, so it probably is low tier meta.
Maybe one day I will bother to climb

Yeah I know how it goes with a little teamfight in the beginning. What I meant is it’s easy to abuse. Let’s say all 3 of team A to to elder treant and try getting it. Team B sends only the roam there while jungler and laner take the backs and 2 regens. If team B roam is Lance, Lyra, Grace for example they have a high chance of stealing the elder treant 1v3 which puts team A in even worse position than they already are. But even if they secure it they’re still in disadvantage. Now they have to go to their jungle without their roam because if they go with roam they will lose exp and won’t get lvl 2. Team B knows what they’re doing because their roam was in the middle in the beginning. Now they just 3 man rotate to team A’s backs. Team B has lvl 2 laner, lvl 2 jungler, lvl 1 roam. Team A has lvl 1 laner and lvl 1 jungler plus a roam who’s not in position to help immediately because he would be stealing exp otherwise. Team A would be taking the backs and the remaining heal. Team B can ambush them easily from the little bush over the sentry, get kills and their entire remaining jungle. That gives a huge early game advantage and pretty much kills team A’s early game.

I see. Thanks for explaining that.